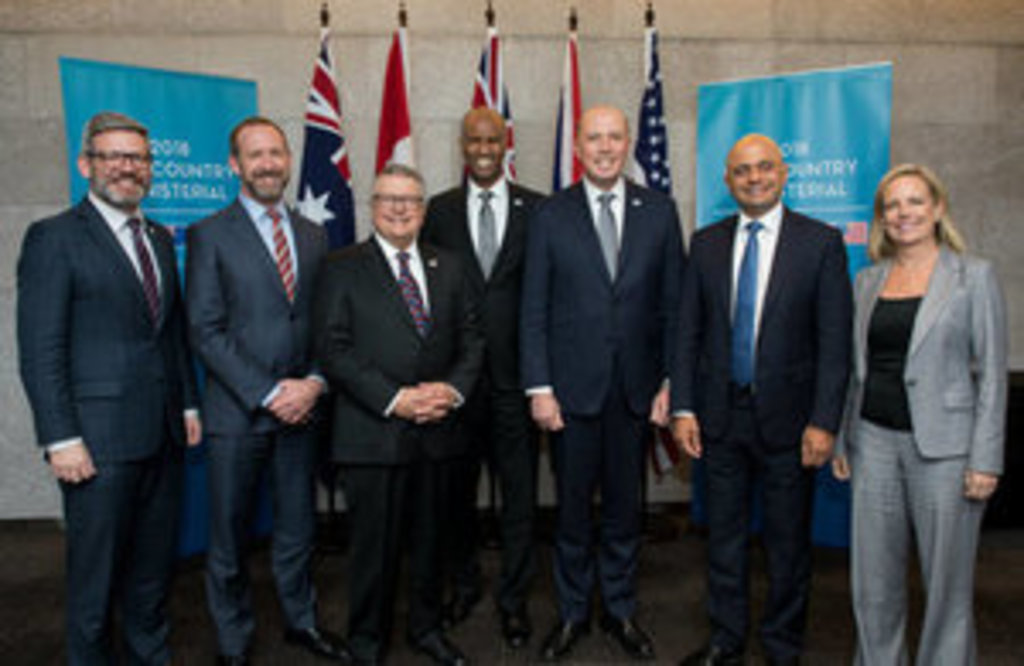 Britain’s enduring security partnership with its key international allies is vital in the fight against the threats of terrorism, child sexual abuse, serious and organised crime and hostile state activity, the Home Secretary said today.

Sajid Javid’s comments came at the end of the annual Five Country Ministerial (FCM) – a major meeting of the Five Eyes security partners.

The Home Secretary joined his counterparts from Australia, Canada, New Zealand and the USA to discuss how the countries can improve collaboration to meet shared national security challenges.

Speaking after the FCM, Mr Javid – who ensured the serious issue of child sexual exploitation and abuse was central to the group’s discussions – said, "The historic Five Eyes security partnership is absolutely vital in tackling the shared international threats we all face – and the UK will continue to play a leading role.

"Our ongoing cooperation and the commitments made at the summit will ensure we have the strongest approach possible when it comes to combatting those who seek to undermine our national security.

"Our united, unwavering response is crucial."

The home secretary and his Five Eye partners agreed a series of commitments during the 2-day summit on Australia’s Gold Coast.

In an official communique the countries also committed to strengthen collaboration around cyber security and border management.

Britain will be hosting next year’s Five Country Ministerial event.