GATWICK AIRPORT recently took part in a Civil Aviation Authority (CAA) re-certification exercise designed to test the airport’s emergency plan. Focusing on an off-airfield aircraft accident next to a railway line, this was the first full-scale, face-to-face, multi-agency exercise to take place since the pandemic. 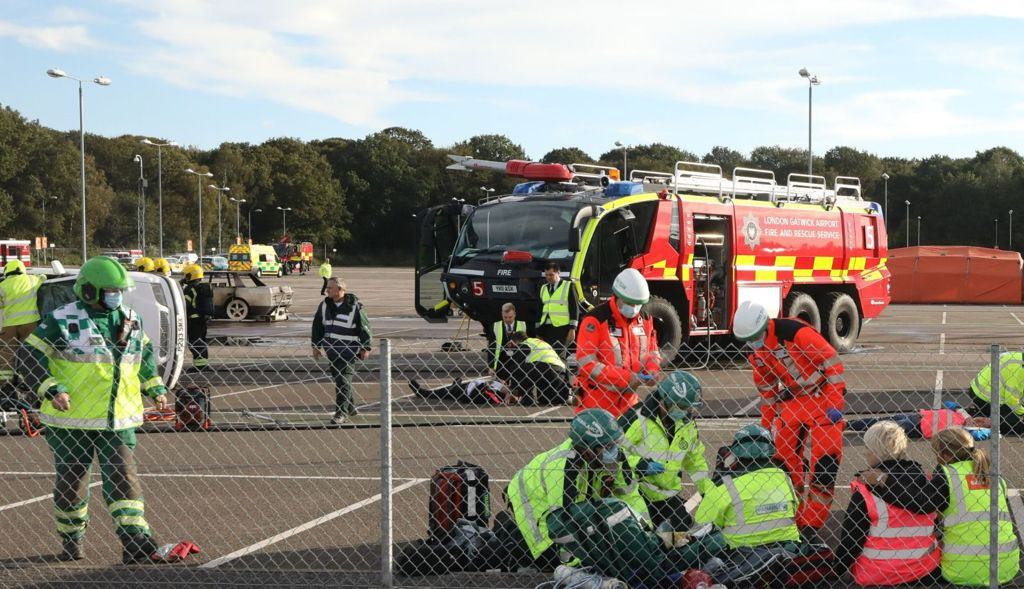 The exercise also provided easyJet’s cabin crew and crisis team with a valuable training opportunity. Volunteers from the Casualties Union and easyJet played the role of casualties, while fire simulations were provided by Alpine Metal Tech.

The full exercise took two-and-a-half hours with Joint Emergency Service Interoperability Programme (JESIP) leads from all agencies initially meeting at ten-minute intervals. A hot ‘debrief’ took place on site at the end of the exercise, with all agencies returning to headquarters to carry out full debriefs with their own crews.

Further to the exercise, the Co-ordinating Group will now begin to collate the learnings and take them into the development of the final report to be produced for scrutiny by the CAA.

Simon Petts, chief fire officer at Gatwick Airport and chair of the Airport Fire Officers Association (AFOA), explained: “It has been a real challenge to continue training in a COVID-secure way throughout the pandemic, but as the CAA has advised, airports must now put structures in place to test their emergency planning at the earliest opportunity.”

Petts added: “There has been a huge amount of organisational change at airports and the Emergency Services over the last 18 months. This particular exercise provided all agencies with an opportunity to understand what the impacts of those changes have been in terms of emergency response and also share their learnings according to JESIP principles.”

Also a member of the AFOA, Heathrow Airport’s Fire and Rescue Service has recently carried out a multi-agency exercise, while more airports and aerodromes across the UK are expected to follow suit.
MORE FROM THIS COMPANY