A LONDON man who escaped a blaze at his flat has backed fire investigators who have issued an urgent warning following a spike in “ferocious” fires caused by electric bike and scooter batteries. 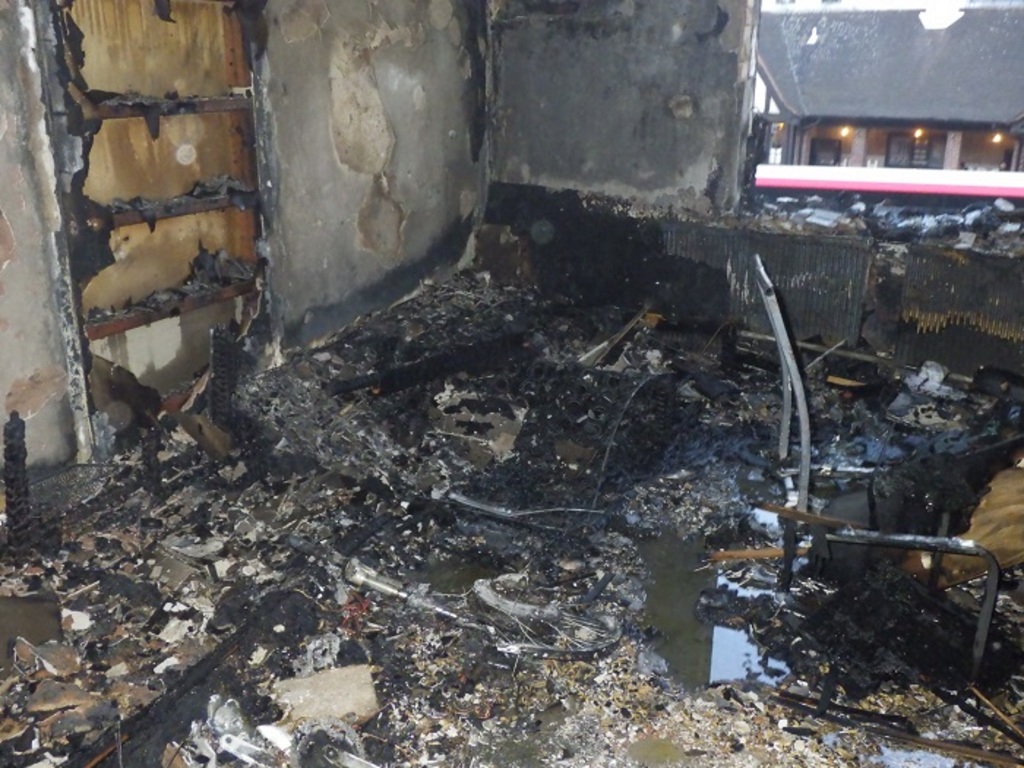 Nihad Chemban was lucky to escape without serious injury after his electric bike battery caught fire while it was on charge at his flat in Tottenham in May.

London Fire Brigade’s fire investigation team has seen a rise in such incidents  of late and wants to encourage people who use these products to be aware of the risks, while also highlighting the danger of storing them in escape routes in the home or in communal areas such as hallways in blocks of flats.

Outlining the detail of the episode, Chemban and his flatmate were both at home when the fire broke out and his flatmate had to jump from a first floor window as the bike was blocking his route to the front door. Fortunately, he landed on the canopy of the shop below and was uninjured.

Chemban was in the shower when he heard a loud bang and opened the door to find smoke pouring from the room where his bike was on charge and into the corridor. He was able to escape the premises through the front door. The 21-year-old said he had only just bought the new battery for the bike as he wanted to make sure it was up to scratch so that he could look for a new delivery job.

“I had only just bought the battery online a few days before the fire,” explained Chemban. “I hadn’t had any problems with the bike before and I have had it for about seven months. I’ve lost everything. All of my clothes were destroyed, the bike was destroyed and even my passport has gone. It was so scary. Everything is gone. Everything is burnt. People must be aware of these risks as you buy these batteries and you just don’t know if they are safe.”

Chemban added: “You just never imagine you will have a fire like this in your home. I didn’t expect it, but I’m just lucky it didn’t happen overnight and that I was awake. If I had been asleep it could have been a very different story. I would never charge my batteries overnight now.”

Already this year, firefighters in the capital have attended more than 25 fires involving electric bikes or scooters and some of them have been significant incidents resulting in serious injuries.

In many cases, the bikes are stored in escape routes or communal areas which can stop people being able to escape if they become involved in a fire. This year, there have been more than 120 fires in London which involved items stored in communal areas like halls and corridors.

Station officer Matt Cullen is a fire investigation officer with the London Fire Brigade and has been looking into the spate of fires. He said: “We have seen that, when these batteries and chargers fail, they do so with ferocity which can leave residents with few safe options for escape. These bikes and scooters are often stored and charged in escape routes in homes or communal areas so when a fire does occur, escape routes are blocked which immediately makes an already serious situation much more frightening for those involved.”

Cullen went on to comment: “We have seen people forced into jumping from windows as they cannot access their front doors if the bike or scooter which has caught fire is in front of them. Even when the bikes or scooters are not located in escape routes or communal areas, the fires are fierce enough that they pose an immediate danger to all occupants. We’re definitely seeing an increase in these types of fires.”

Back in February, eight fire engines and around 60 firefighters attended a blaze at a house in Acton which involved an electric bike battery. Eight residents managed to escape the property via ground and first floor windows, fortunately all of them without injury.

In April, there was another significant fire involving an e-bike in Walthamstow whereby firefighters rescued three men from an outbuilding. All of those males required hospital treatment.

Cullen explained that a good many of the fires which the team is seeing involve e-bike conversion kits (ie kits that enable the conversion of a standard push bike into an electric bike rather than a purpose-built one) which provide only the motors and control gear but batteries must be sourced separately.

“At some of these incidents we have seen multiple batteries and chargers for a number of bikes in one property, which has resulted in the mixing of different chargers and batteries,” he said. “We know that lithium-ion batteries are susceptible to failure if incorrect chargers are used. This may be a contributing factor in some cases. We also know many of these incidents involve batteries which have been sourced on the Internet and may not meet the correct safety standards.”