The Rise of the Warehouse and the Issue of Fire Safety

OF LATE, there has been much talk of the dash for warehouses that service a thriving e-commerce sector. Demand is strong for large, tall and clear spaces to meet the seemingly insatiable appetite for online shopping. When you consider that the average cost of a large warehouse fire is £5.9 million and that 43 warehouse fires occur every month, can those businesses operating them afford to take any risks when it comes to fire protection? The Business Sprinkler Alliance investigates. 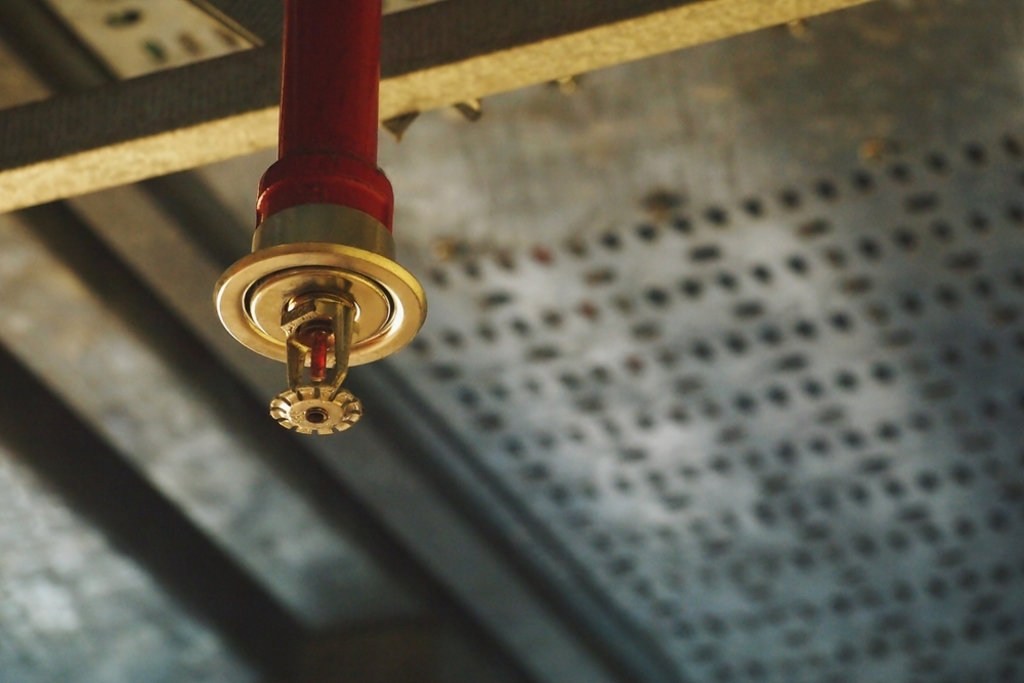 When the latest regulatory guidance was written in 2006, the design of warehouses was different than what we tend to see today in the world of the logistics sector. Demand has changed with the rise of e-commerce. We expect our products to be delivered swiftly and this calls for changes to the physical infrastructure of warehouses to keep pace with consumer expectations.

The modern warehouse will potentially be arranged on multiple levels, feature automated machinery and offer a large volume space. The fundamental challenge of concentrations of combustible materials in regular storage arrangements makes them ideal environments for aiding fire spread.

Reflecting on terms like automation and robotics, one would think that there’s less material and staff within than would have been the case when recalling old images of a warehouse. The truth of the matter may actually tend in the opposite direction, though, with denser arrays of combustible storage. In a number of cases, such facilities can now have 1,000 members of staff or more.

These warehouses are not the #common building types# envisaged by Building Regulations Approved Document B and, on that basis, need differing solutions. It’s a new direction and a change for these buildings that Government needs to reconsider when reviewing the current English compartment sizes for warehousing and the guidance on the provision of sprinklers.

The Fire Safety Building Regulations guidance envisages unlimited size industrial buildings. In the case of warehouses across Great Britain, this can be 14,000 m2-20,000m2 in terms of footprint. Many such buildings can be up to 18 metres tall without incurring guidance for subdivision or sprinklers.

Such buildings are truly enormous. They can be roughly seven times the size of the average out-of-town DIY store, but the Fire Safety Building Regulations make no consideration for minimising of the spread of fire within the large compartments of these building.

Such buildings will survive for the period it takes to evacuate people, after which we then transition into a period where the inherent resilience diminishes. They have physical limitations when it comes to firefighting due to their compartment size. In fact, there’s a twisted logic that says the building is disposable in the event of fire.

Fire incidents tell us a great deal about the challenges of such concentrated amounts of combustible storage and firefighting in these structures in a bid to contain blazes without the early intervention of systems like sprinklers.

This was apparent on 29 August last year when more than 100 firefighters and 20 fire appliances from the Essex Fire and Rescue Service tackled a large night-time blaze at food distributor Kent Foods, based in Basildon. The Fire and Rescue Service worked hard in arduous conditions to save the unsprinklered 7,300 m2 warehouse. The Environment Agency was also involved to prevent products from the fire spreading into local water courses.

The warehouse serviced the company’s customers in the South East of England, but it was completely destroyed. The business had to stretch to redistribute its work to other locations within the group in continuing to supply those customers. Some 11 months later, planning permission has now been granted for the rebuild and the site has been cleared.

In contrast, when fire broke out at the A.F. Blakemore and Son food distribution warehouse in nearby Hastings last October, there was a very different outcome. A small fire located in a fan unit had been quickly extinguished by the sprinkler system in the 9,000 m2 warehouse. Had the fire not been contained it would have caused significant damage to this logistics business which supplies food products to a network of Spar stores across South East England.

In both cases, the warehouses were below 20,000m2 in area which, under current English guidance, meant that they were not guided to have sprinklers. It’s interesting to note that the planning application for the reconstructed Kent Foods building has just been granted and highlights the provisions of sprinkler tanks for the warehouse that’s to be rebuilt.

Warehousing and the future

The contrast between two buildings with and without a sprinkler system in a fire can be quite stark. The concentration of combustible material means that, if a fire takes hold, it will be incredibly challenging to extinguish. In the event of such a fire, many businesses with sprinkler systems suffer a minor interruption and find they’re back up-and-running in a matter of hours. Those without can see five-to-six times the damage and suffer longer spells of interruption.

Looking ahead, one has to consider that the modern warehouse still faces challenges from a density of combustible materials. Decision-makers consider the risk of fire is catered for by following Building Regulations when envisioning their new building, even though the guidance is limited.

Fire remains the largest cause of damage to such warehouse buildings. People may consider that the number of industrial fires may have fallen, but the extent and cost of those that continue to happen is increasing. They can be contained and extinguished by systems such as sprinklers to ensure that life isn’t put at risk and also that businesses, jobs and the economy are protected.

*For more information on the work of the Business Sprinkler Alliance visit the organisation’s website at www.business-sprinkler-alliance.org