The Fire Brigades Union has welcomed the recommendations of the Grenfell Tower Inquiry, but has criticised the chair’s suggestion that a mass evacuation would have been straightforward on the night. 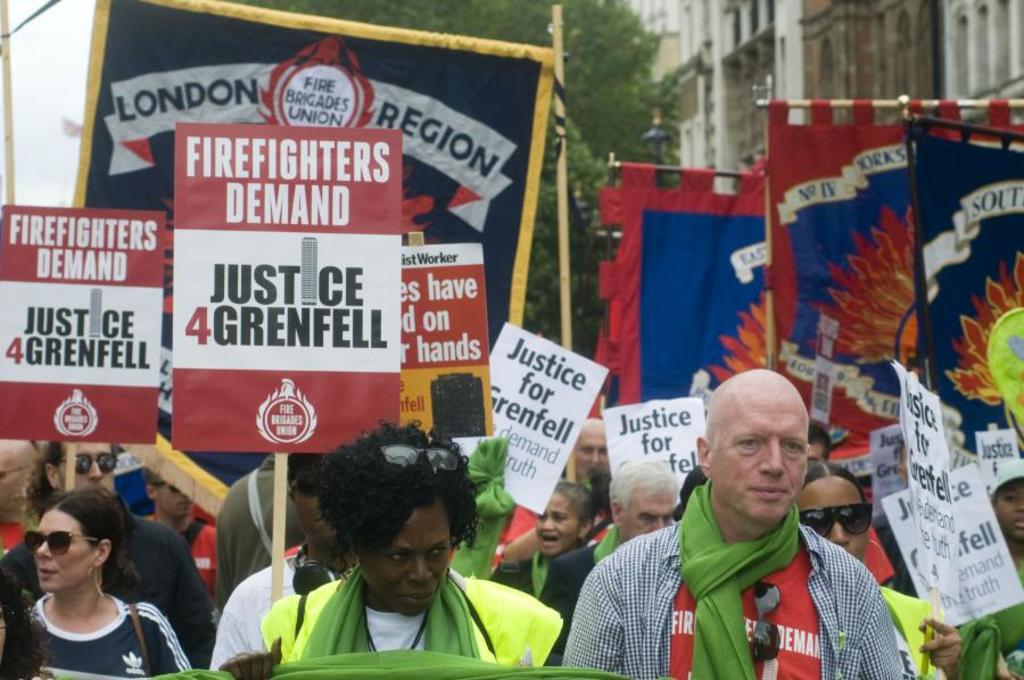 The union’s detailed response to the Inquiry’s phase one report also says “personalised” criticism of individual firefighters and control staff “detracts from the real failures” at Grenfell.

The union’s official response urges the Inquiry to go further in its recommendations, applying those directed at the London Fire Brigade to all fire and rescue services in the UK and calls for the Inquiry to be more critical of government-mandated evacuation guidance.

In December 2018, the FBU called for a national review of evacuation policies in its closing submission to the Inquiry, which the government ignored. More than one year on, this work has only just begun.

The FBU has also criticised the Inquiry’s failure to make any recommendations on the width of the staircase at Grenfell Tower, which caused problems on the night, or to recommend a ban on building materials below Class A1 fire-resistance, as suggested by the inquiry’s expert witness Dr Barbara Lane.

The union strongly criticises the Inquiry for the suggestion that an evacuation would have been straightforward on the night and that it would have saved more lives, a conclusion reached without evidence from the inquiry’s firefighting expert, Steve McGuirk.

Matt Wrack, FBU general secretary, said: “We cannot ignore that some of the judge’s conclusions are flawed but, while his recommendations may not go far enough, their implementation is vital. They must be applied nationally, not just in London - and the government must provide the resources needed for a structural change.

”We have long said that the shape of the inquiry unfairly prioritises the scrutiny of firefighters over investigating the decades of decision-making that led to a fire of that scale. That is borne out in the report’s unfair criticisms of individuals, and conclusions that contradict professional firefighting knowledge.

“Every firefighter who responded that night was shaken by what they saw. We must now get to the bottom of how, in the 21st century, a building can become that unsafe, and face a fire of that nature.”

The chair’s report claims that a mass evacuation was possible at 01:30 or, at the latest, by 01:50. The FBU disputes this, noting that there is “strong evidence” from residents and firefighters that conditions inside the building were too arduous for such an evacuation.

The conclusion was reached without any consultation with the Inquiry’s firefighting expert, Steve McGuirk. The chair’s conclusion that more lives would have been saved is criticised by the union as a “counterfactual” which ”ignores vital evidence”.

Elsewhere in the report, the FBU calls for phase two of the Inquiry to ensure that central government ministers responsible for failures in fire policy are held accountable and for the wider building safety crisis in the UK to be addressed.