THE GRENFELL Tower disaster was caused by “individual private companies which were allowed to put profit before people”, while the tragedy “represents the culmination of a generation of central Government policies including deregulation and the ‘war’ on the culture of Health and Safety, privatisation, fragmentation, austerity and the degradation of social housing.” That’s according to oral evidence given to the Grenfell Tower Public Inquiry by Martin Seaward, lawyer for the Fire Brigades Union (FBU). 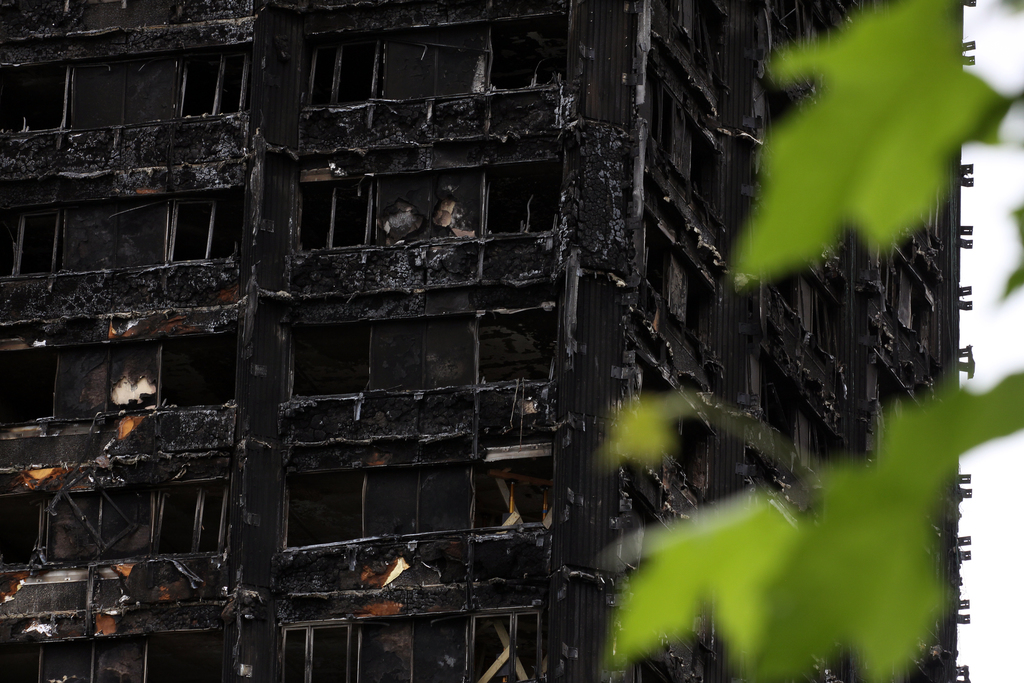 Seaward commented: “The building failure was so total and the systemic failings so widespread across the country that it would be wrong to scapegoat the Fire and Rescue Service for the failures of central Government and a corporate culture that made people’s homes unsafe”.

He added: “The performance of the Fire and Rescue Service” at Grenfell Tower must be assessed “in the wider political and economic context, apportioning blame where it is due, particularly in relation to those who created and enabled this truly horrifying disaster.”

Seaward noted: “It’s particularly wrong to blame the individual firefighters and control staff who attended the disaster in its early stages”, in part as “any deficiencies in the performance of the London Fire Brigade were institutional or due to inadequate senior management.”

In addition, Seaward observed: “The manufacturing companies manipulated the flawed testing and certification regime. The private companies involved in the refurbishment of Grenfell Tower created a wholly unsafe building surrounded by highly flammable material, from which the Tenant Management Organisation’s under-resourced and ineffective fire risk management system failed to safeguard the residents.”

He then stated: “The lack of care shown by the private companies was facilitated and enabled by policies made since 1979 by central Government in the service of a social and economic system driven by the pursuit of profit above all else, including people.”

Naming specific policies here, Seaward said: “Deregulation and the ‘war on the culture of Health and Safety’ facilitated the use of the inflammable cladding that destroyed Grenfell Tower… Privatisation weakened public services and introduced conflicts of interest between safety and profit as we have seen in the testing and certification regimes.”

The FBU’s latest written submission to the Grenfell Tower Public Inquiry also raises important questions around what the Government knew about combustible cladding as far back as 1991 and why this information was not conveyed to the London Fire Brigade.

After the fire at Knowsley Heights on Merseyside back in 1991, a handwritten Government note passed from the Department of the Environment, which at the time had responsibility for building regulation, to the Building Research Establishment asked the latter to “play down” the issue of the cladding fire at Knowsley Heights. According to the FBU, cladding’s contribution to the fire was then “suppressed”.

In its evidence to the Grenfell Tower Public Inquiry, the Trade Union suggests that the note shows “the Government and the Building Research Establishment” were “significantly invested in the success of cladding schemes”. In oral statements, Martin Seaward added (in relation to the aforementioned note): “The risk of rapid fire spread associated with combustible cladding systems was deliberately downplayed by Government and this significantly contributed to the widespread misunderstanding of the risk.”

Seaward continued: “We accept that there are important lessons to be learned from Grenfell Tower by the London Fire Brigade and the Fire and Rescue Service more generally.”

On that point, Seaward outlined: “Operational crews in London had not been informed that building failure was not rare, that compartmentation could not be relied upon and that some cladding materials were potentially combustible, nor of the heightened risk of total building failure these combined risks presented in cladded high-rise residential buildings, nor of the resulting need to consider revoking the ‘Stay Put’ policy and evacuating such a building, and had not been trained when or how to do so.”

It was also pointed out by Seaward that issues with, for example, communications equipment and aerial appliance equipment caused problems. However, he added that responsibility here arguably spans wider than simply the Fire Brigade itself. He noted: “Central Government, the National Fire Chiefs Council, the Chief Fire and Rescue Advisor and the London Fire Brigade failed to equip and prepare the operational crews, incident commanders and Control Room staff for a major disaster such as Grenfell Tower.”

The Trade Union’s lawyer added: “Weaknesses in the preparation and performance of the London Fire Brigade” (including in relation to ‘Stay Put’ in buildings where cladding and compartmentation failure were issues) “can be traced back to the decision of central Government to remove any form of national body for discussing and developing strategy, equipment and operations guidance across the Fire and Rescue Service”. The Central Fire Brigades Advisory Council that held this role was abolished in 2004.

Seaward explained: “We submit that a properly resourced national body, crucially including the involvement of firefighter representatives, is essential to ensure that knowledge of risk is translated into policies and guidance which is then properly discussed, disseminated and implemented across the Fire and Rescue Service”.

Again, according to Seaward and the FBU: “Any deficiencies in the performance of the London Fire Brigade were institutional or due to inadequate senior management. They were not the failings of the individual firefighters or control staff who attended to the disaster. In accordance with their training and experience, they did their level best to save lives in the face of what was an unprecedented catastrophe. The individual firefighters who attended the disaster, including the first two incident commanders and the supervisors of the Control Room staff, should be relieved of any individual blame. Grenfell Tower was not their fault.”