FIREFIGHTERS HAVE called on Prime Minister Boris Johnson to tackle the “very real” fire risk in schools and ensure that both new and existing schools in England are fitted with vital fire safety features, such as fire sprinkler systems. 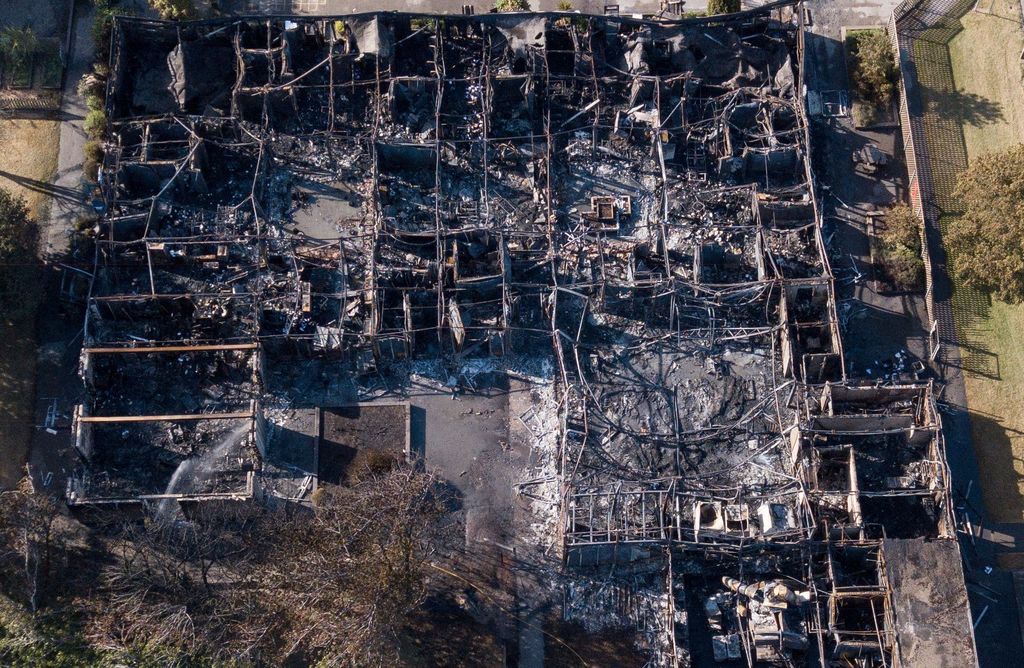 The demand comes after the Government announced a new £1.7 billion fund for the construction of 50 new schools and the repair of some existing schools and colleges.

Currently, a gap in fire safety guidance in England (Building Bulletin 100) allows those who build schools to do so without carrying out a full risk assessment.

According to figures published by the Department for Education, this has resulted in just 105 sprinkler systems being fitted in the 673 new schools built in England last year. By contrast, sprinklers are mandatory in new school buildings in both Scotland and Wales.

In 2016, the Government had attempted to “further water down” the fire safety guidance, according to the Fire Brigades Union (FBU), but backed down after the Grenfell Tower tragedy. The Department for Education has been “stalling” on carrying out a consultation to update the guidance.

Now, the FBU is urging the Government to immediately make clear to those tasked with building the new schools that risk assessments must be carried out as standard and that building contracts will not be awarded unless companies confirm they will do so.

The Government is also being urged to prioritise the retrofitting of sprinklers to already-existing schools and also provide whatever funds are necessary to ensure the work can be completed. The FBU is adamant that this work should be completed within five years.

Harrington Junior School in Derbyshire was destroyed in a fire in May this year. The aftermath of the fire is pictured (right). It later emerged that the school did not have sprinklers fitted, making it the latest in a long line of schools to be completely destroyed by fire.

The most recent Government figures show that there were almost 600 fires in schools in the year 2018-2019 with over 7,000 across the last decade. Zurich Insurance reports that large school fires can cost between £3 million and £20 million per episode of fire outbreak.

Key advocates for high standards of regulation such as the Fire Sector Federation have been campaigning for many years to make schools safer. The All-Party Parliamentary Group for Fire Safety and Rescue again wrote to the Education Secretary only last month to raise urgent concerns about the lack of progress on automatic sprinkler fitting in schools.

Firefighters are also raising concerns about the level of funding announced to repair schools and address long-standing safety issues such as the presence of asbestos in those schools built prior to 2000. Asbestos is deadly and poses a real threat to the health of students, staff and all who use school buildings. In 2017, the National Audit Office reported that the cost of all repairs to the existing school estate required almost £7 billion of capital investment.

In England, there are over 24,000 schools and 174 further education colleges.

Andy Dark, the FBU’s assistant general secretary, commented: “As we have seen with the Grenfell Tower fire and other instances of safety failings, loose regulation has left companies and councils able to take shortcuts that, ultimately, put lives at risk. We cannot allow that to continue happening in our schools. It’s essential that the Prime Minister makes clear that safety is the highest priority in the building and refurbishment of schools and Further Education colleges and that the fitting of sprinkler systems becomes the norm.”

Dark added: “This is the biggest school building programme for many years and it’s vital that the new schools are built to last. The Government needs to re-open dialogue with key stakeholders now to introduce tougher regulation. The time has come to stop dodging the issue and produce clear and unequivocal regulations that make certain safety in schools and colleges is assured.”