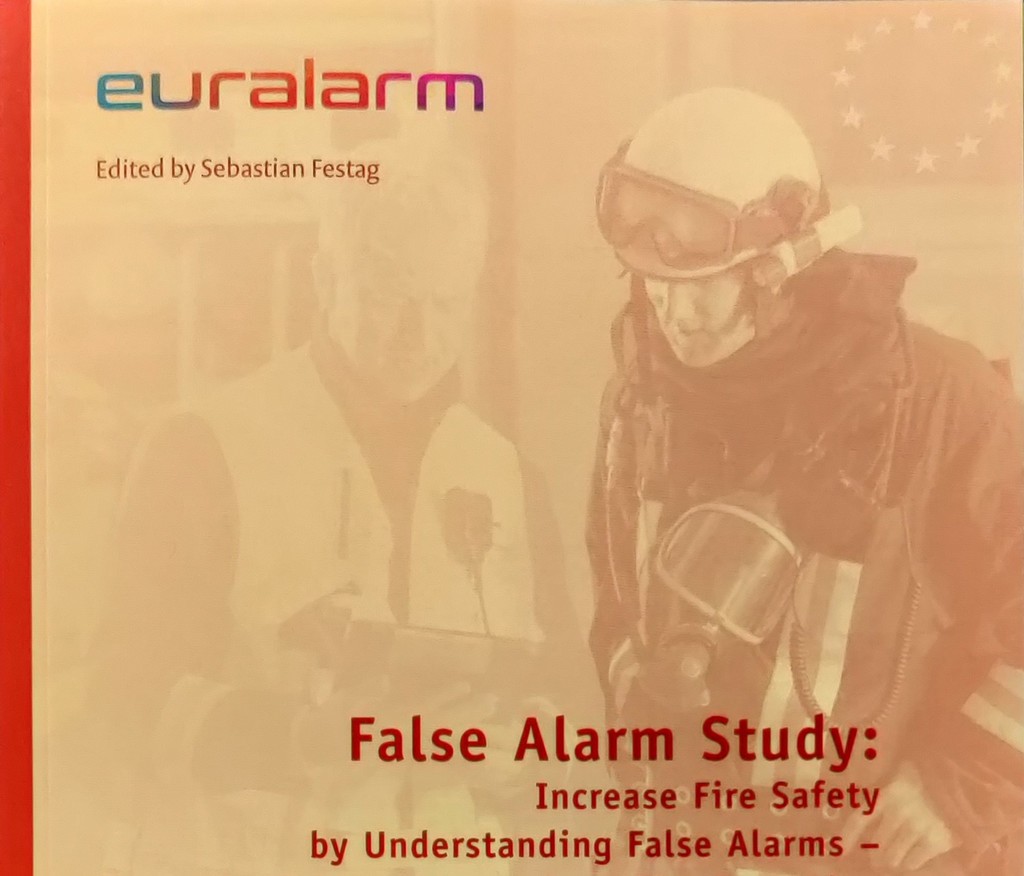 In this new edition, which has been edited by study leader Sebastian Festag, the results and findings of the first edition have been enhanced by an analysis of the current situation pertaining in Denmark. Recommendations are included for the terms used to describe false alarm-related situations. Detail around the methods that can be used to reduce false alarms has been updated, while newer content has also been added.

Over the past 70 years, the use of automatic fire detectors has increased year-on-year for every kind of infrastructure. The application of automatic fire detection technologies has made early detection of fires the norm, at least in commercial and industrial buildings. Building occupants can safely evacuate, while Fire and Rescue Services are able to gain precious time in a bid to stop fires from spreading.

As is true of any early warning system, there can be times when an alarm is triggered even though there’s no fire event. This is termed a ‘false positive’ (ie a false alarm).

Detecting phenomena such as smoke and heat is a relatively simple process for the detection systems themselves. The true challenge for any fire detection and fire alarm system designer or service engineer, though, is making sure the right balance is struck between detection/alarm system response ‘as early as possible’ and ‘as early as needed’.

Modern detection systems are much better at tuning into a real event, while ignoring false events. When compared to former threshold-type detectors, this has significantly reduced the number of false (or unwanted) fire alarms by at least two-thirds.

That said, technology alone cannot eliminate false positives. Other key factors must be considered to increase the overall ‘alarm reliability’ of a fire detection and fire alarm system. Those factors are system design, commissioning and maintenance. If these are overlooked, then the alarm system’s reliability degrades and it will not meet its intended purpose of protecting lives and property. As a given building’s use is adapted to suit the needs of its occupants, the fire system’s design and maintenance must also be changed accordingly in order to secure the alarm system’s reliability.

Fire and Rescue Services capture the information on the cause and location of fire alarms during their intervention. It’s the responsibility of the building owner or operator to discuss false activations with their fire alarm system supplier and service provider. As part of this process, recommendations can then be made that may even heighten the quality of the system.

Sebastian Festag commented: “The origin of false alarms can usually be traced back to the building’s management and extends from planning right through to the maintenance of fire detection and fire alarm systems. The reduction in false alarm rates noted within the study shows that we are on the right track, but we need to reduce instances of false fire alarms even further.”

Euralarm’s study is focused on the statistical data of fire alarms and based on a specific methodology in terms of that data’s collection and evaluation. Anyone studying the data of participating countries will come to the same conclusion: there is no unified approach to this issue. That greatly hinders comparisons, which are invaluable when trying to better understand the overall situation and develop effective and simple countermeasures to negate false fire alarms.

It's intended that this revised and expanded edition of the study will serve as the basis to help guide the industry and its stakeholders towards a more uniform approach right across Europe as a result of working together with the European Standardisation Technical Committee TC72 to implement a common technical language. As stated, the revised edition also contains measures for the reduction of false alarms in terms of products, planning, organisation and maintenance.

*The latest edition of ‘False Alarm Study: Increase Fire Safety by Understanding False Alarms – An Analysis of False Alarms from Fire Detection and Fire Alarm Systems in Europe’ can be ordered in printed format or as an e-Book direct from the publisher

**Euralarm is a Trade Association that represents the electronic fire and security industry across Europe, providing leadership and expertise for industry, the marketplace, policy-makers and standards bodies. Its members make society safer and more secure through the development and delivery of systems and services for fire detection and fire extinguishing as well as intrusion detection, access control, video monitoring, alarm transmission and alarm monitoring. Founded back in 1970, Euralarm represents over 5,000 companies within the fire safety and security markets valued at circa 67 billion Euros. Members are national associations and individual companies from across Europe. Additional information is available online at www.euralarm.org
MORE FROM THIS COMPANY