A FIRE service campaign received a big boost when it was told it could display its campaign posters free of charge on high-profile advertising 'information pillars' in Shrewsbury. 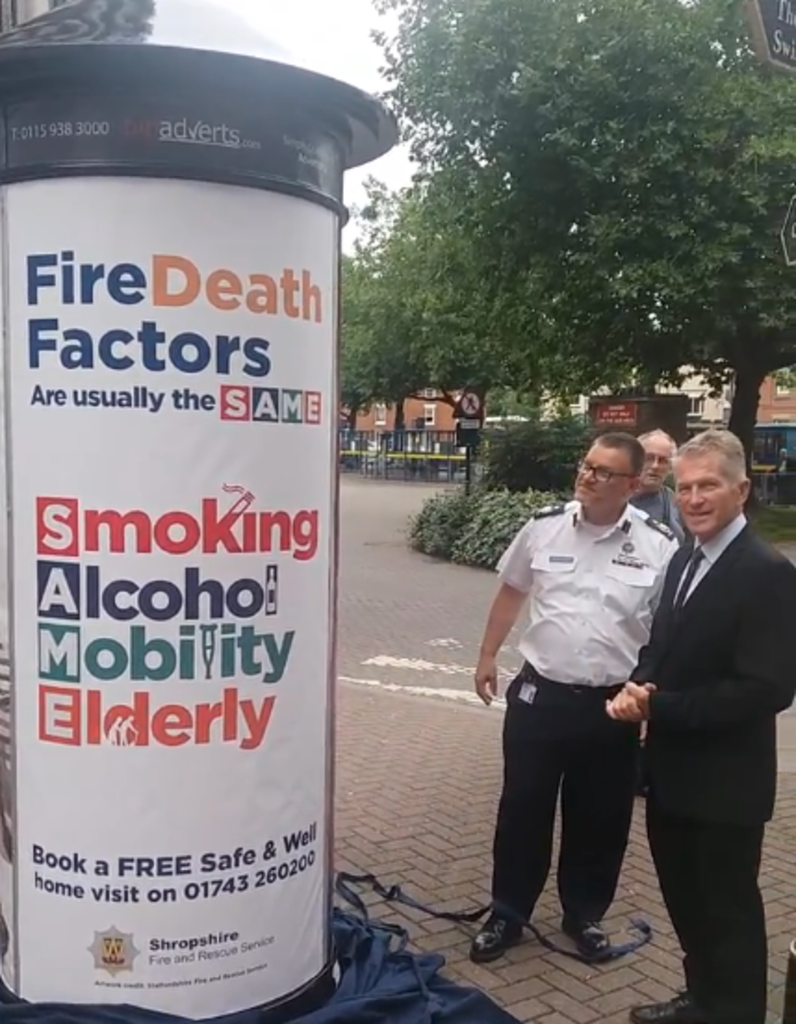 FOLLOWING TALKS between Shropshire Fire & Rescue Service and the company that owns the sites, PIP Advertising, the company agreed to waive the thousands of pounds advertising on its pillars would usually cost.

“The fire service is very grateful for such a generous gesture, one that will provide us with prime locations to get our fire safety messages noticed by the public,” said Shropshire’s deputy chief fire officer, Andy Johnson.

New campaign posters have been designed for display on information pillars at the Tesco store in Harlescott, Longden Coleham and Shrewsbury bus station.

“We often work with the emergency services and this was an opportunity to support the fire service and we were happy to do it.”