LIVES WILL be put at risk if proposals to axe firefighter posts and downgrade fire engines are given the go-ahead across Cheshire, the Fire Brigades Union (FBU) has said. 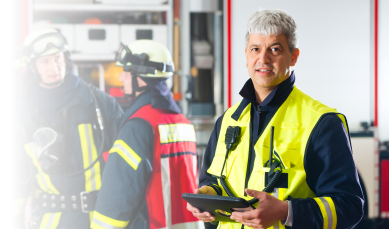 The FBU says that the frontline cuts could prove fatal. The union’s warning comes just days after a serious fire in Crewe in which one of the engines proposed to be downgraded responded to.

Andrew Fox-Hewitt, brigade secretary for the FBU in Cheshire, said: “These plans are reckless. Since 2010, we have lost over 160 full-time firefighters in Cheshire and response times have increased significantly meaning it takes us a lot longer to arrive at incidents. Each year the number of people injured in fires is rising and, tragically, over the last four years, there has been an increase in deaths. It is no coincidence that this is happening at a time when budgets are being relentlessly cut.”

Since 2015, Cheshire Fire and Rescue Service has only had four firefighters crew each fulltime fire engine, instead of the traditional crew of five. The FBU says this is unsafe and leaves firefighters at risk of injury.

Crewe is the only wholetime duty station in the whole of east Cheshire, meaning any reduction in wholetime response would leave the vast area severely under-resourced, whilst Ellesmere Port is exposed to some of the greatest petrochemical and industrial risks in the whole of the country as a result of the large industries based in the area.

“We urge Cheshire Fire Authority to look at the number of fire engines that are unavailable to respond to communities on a daily basis and look at the alarming and consistent trends seen over the past five years”, Andrew Fox-Hewitt added.

“We cannot sustain any more cuts to full-time firefighter numbers. The fire authority needs to use the millions of pounds of cash reserves it is sitting on, made off the backs of our member’s jobs, to invest in our people to make sure we have a robust and resilient response model.”