GREATER MANCHESTER Fire and Rescue Service (GMFRS) has announced the appointment of Dawn Docx to the role of deputy county fire officer. 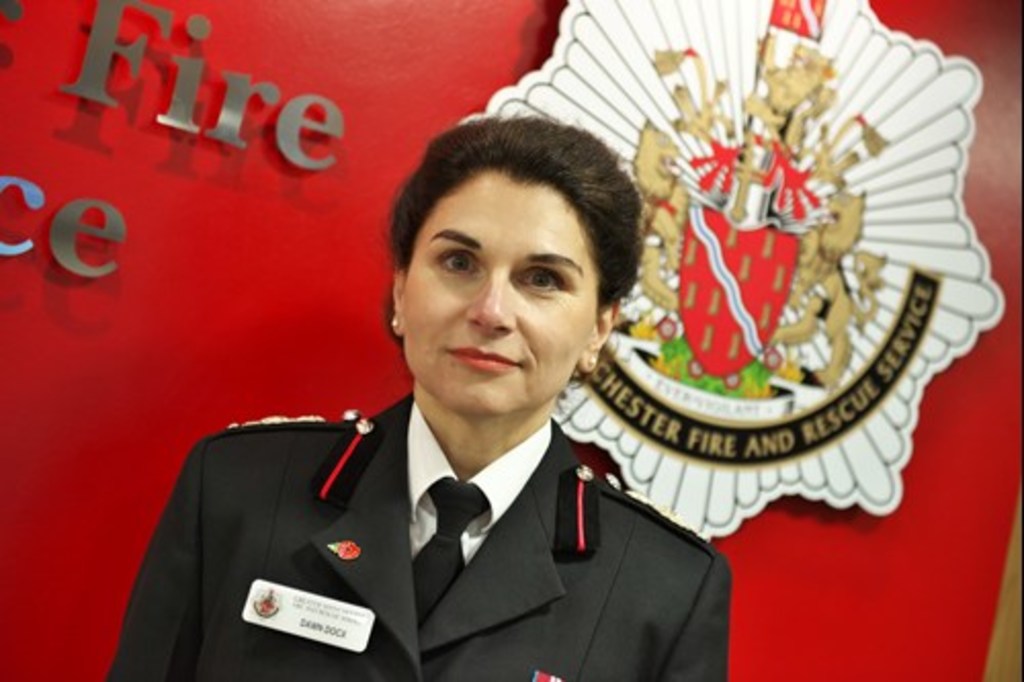 Dawn, who is currently deputy chief fire officer with North Wales Fire and Rescue Service, will take up her new post in December based at the organisation’s headquarters in Swinton, Salford.

Dawn began her career in the fire and rescue service in her home county of Cumbria, where she specialised in finance, going on to become head of corporate services. From there, she joined North Wales as an assistant chief fire officer in 2006 and was promoted to the role of deputy in 2009.

Speaking of her new position Dawn explained: “I have enjoyed my time with North Wales Fire and Rescue Service but I was looking for a new challenge when this role came up – and it looked like it was a fantastic opportunity. Greater Manchester Fire and Rescue Service has a real ‘can do’ attitude and seems full of people with positivity. I like the idea that we do what we say we are going to do. It’s an organisation that is going to make things happen – and that is really quite intoxicating.”

Dawn, who has three grown up daughters with her husband Chris, said that one of her proudest moment was watching colleagues tackle flooding in North Wales in November 2012. She said: “I was the duty principal officer that night and I felt so proud to see firefighters work so hard to support other people and their properties even when their own homes – even St Asaph fire station itself – was under water. That is absolutely emphatic of our motto of ‘service before self’. I witnessed that and that was a real proud moment for me.”

Dawn added: “In my new role I am looking forward to being part of the GMFRS journey ahead towards the future of a fire and rescue service. It’s very exciting and it’s about continuing to ensure GMFRS is at the forefront of fire and rescue innovation and excellence in the world. We are very much part of the Combined Authority but we remain a very strong entity and brand within our own world. I’m looking forward to getting started.”

Deputy mayor for policing and crime Beverley Hughes, who oversees the fire and rescue service on behalf of the Mayor, said: “I’d like to welcome Dawn to Greater Manchester and congratulate her on her post, which I know will be a really exciting and challenging role.

“GMFRS is one of the largest fire and rescue services outside of London and over the past few years the organisation has carried out some really innovative work in terms of operational fire and rescue as well as introducing pioneering community safety initiatives and providing opportunities for young people and people from a variety of diverse backgrounds.

“It is a really interesting time to be part of the Service as it evolves as part of the Combined Authority and the Office of the Mayor of Greater Manchester.”