THE SHORTLIST of finalists has been revealed for the inaugural edition of the Fire and Security Matters Awards in the wake of this all-new awards scheme receiving upwards of 200 entries. 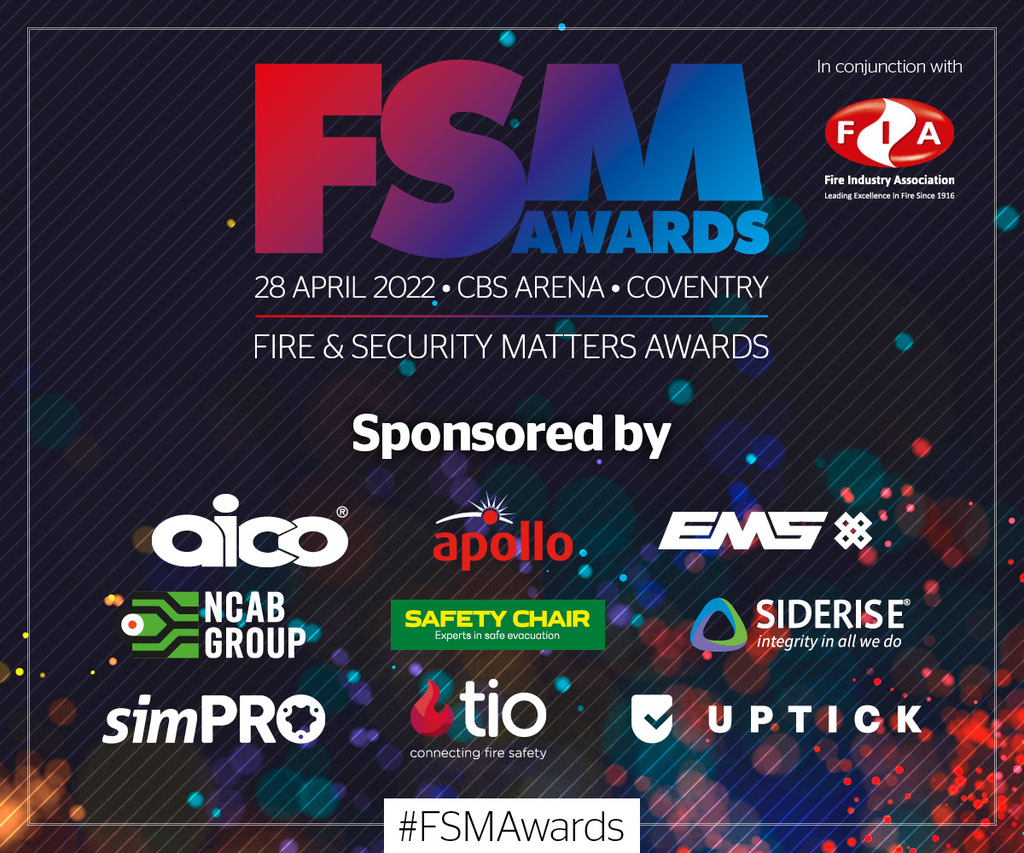 The winners of the Fire and Security Matters Awards will be revealed at a gala dinner and ceremony to be held at the Ricoh Arena in Coventry on Thursday 28 April 2022, and which will be hosted by popular impressionist and comedian Alistair McGowan.

Tickets are now on sale for this must-attend event in the industry’s calendar and are priced at £199+VAT per person or £1,800+VAT for a table of ten. You can buy your tickets now online at https://firesecurityawards.com/

The Fire and Security Matters Awards are being supported by a number of key industry bodies including BAFE, the Institute of Fire Safety Managers, the National Association of Healthcare Fire Officers, the Independent Fire Engineering and Distributors’ Association, The Security Institute, the National Security Inspectorate, the Security Systems and Alarms Inspection Board, ASIS UK, the Institute of Strategic Risk Management and the International Foundation for Protection Officers.

The shortlisted candidates for the Fire & Security Matters Awards 2022 are as follows:

Commenting on the shortlist, Western Business Media’s CEO Mark Sennett said: “We have been blown away by the amount, and also the quality of the entries that we’ve received. We’ve launched awards schemes in days gone by, but we’ve never seen this many entries for an inaugural event. The fire and security sectors have truly embraced these awards and it’s fantastic to see so many individuals and businesses wanting to be recognised for the key role they play in keeping people and property safe.”

Sennett added: “I would like to thank the independent Judges for volunteering their time to be part of this process and also the 200-plus organisations who put forward entries. We look forward to welcoming everyone on Thursday 28 April at the CBS Arena for the awards ceremony itself. It will be a great night of entertainment and help to bring the industry together after people have had to spend such a long time apart due to COVID restrictions.”

*Tickets for the Fire and Security Matters Awards 2022 are now on sale and cost £199+VAT for an individual place or £1,800+VAT for a table of ten. You can book your tickets online now at https://firesecurityawards.com/