On Wednesday 20 May, Fire Safety Matters ran a further webinar in the magazine’s hugely popular ongoing series. This time around delivered in conjunction with FFE, the hour-long broadcast focused on protecting large premises from fire by dint of using infrared optical beam smoke detectors. Brian Sims addresses the essential points that emerged. 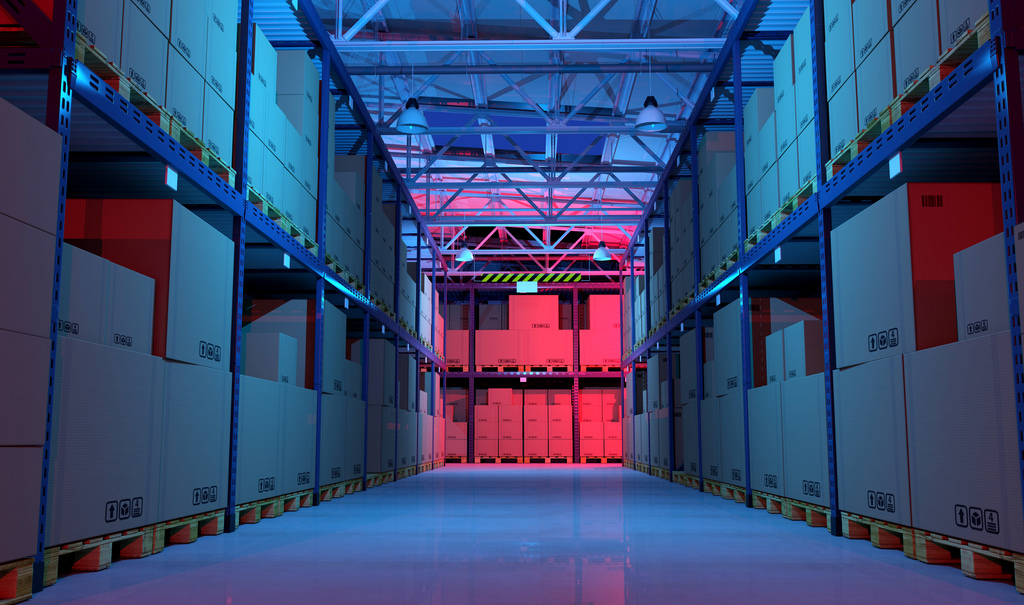 Monday 15 April 2019 was a dreadful day for all those who appreciate historical buildings, none more so than the residents of Paris. That was the date when the Gothic magnificence of the Notre Dame Cathedral fell victim to a fire which broke out immediately beneath the roof of the building which dates right back to the 13th Century and, in the modern era, accommodates no less than 13 million eager visitors every year.

By the time the blaze was extinguished, the building’s spire had collapsed, most of the roof was destroyed and the upper walls severely damaged. Extensive damage to the interior was prevented only by the stone vaulted ceiling, which largely contained the burning roof as it collapsed. Many works of art and religious relics were moved to safety early on in the emergency, but others succumbed to varying degrees of smoke damage. Elements of the exterior artwork were either damaged in some way or entirely destroyed.

By way of small mercies, the Notre Dame Cathedral’s altar, two pipe organs and its three rose windows suffered little-to-no harm. The same could not be said of several brave emergency workers who were injured during the blaze.

Apparently, fire detection systems had only been installed in certain common areas, but not in the roof space. Received wisdom dictates that some form of optical beam detection is required in voids such as this, and particularly so if renovation and contracting work is being transacted in them (as was the case at the Notre Dame Cathedral).

This Case Study served as the scene-setter for webinar presenter Nigel Ward (technical support engineer at FFE and a guest on Episode 5 of the ongoing Fire Safety Matters Podcast Series) who – in the company of host Mark Sennett (CEO at Western Business Media) – expertly led us through an A-to-Z of today’s detection technology and how it can be applied in a bid to prevent fire episodes like the one that ravaged Paris’ 850-year-old cultural landmark.

Essentially, optical beam smoke detectors use an infrared transmitter and receiver to monitor the loss of signal present in an open area. “What this means,” observed Ward, “is that it transmits an infrared signal, be that an infrared beam or a reflected beam, and the detector is expected to receive the same signal back. If that received signal is lower there’s a problem.”

Beam detectors can work up to a distance of 25 metres in standard configuration, but they can go up to 40 metres if the right scenario’s in place (ie there would be a requirement for supplementary detection or the beam would have to be in the uppermost 600 mm of the roof void).

Most infrared optical beam smoke detectors are used in larger open areas such as distribution centres and warehouses, airports/aircraft hangars, Shopping Centres, museums, historic buildings, manufacturing plants, sports and leisure centres, atriums and conference and exhibition centres They can also be deployed in those areas where there’s restricted access.

Ward stated: “Unlike point detection solutions or aspirating smoke detectors (ASDs), you don’t have to put the beams in the middle of a ceiling or a room. They’ll always be on the wall and discrete. That makes them ideal for heritage and listed structures.” They’re also cost-effective to install because all that’s necessary for this process is access to the walls of a building. They’re also low on maintenance.

There are two types of optical beam detector. Historically, the end-to-end variant was the first to be realised. The main advantage of this detector type is that it has a fairly narrow line of sight. Such beams can work through 600 mm to 300 mm of space. The downside is that you need power at each end of the process, while manual alignment is also part of the bargain.

“Reflective beams, on the other hand, are easier to install. You only need power at one end of the building. The signal is transmitted to a reflector, or prism, and bounced back. The main consideration for such beams is that you need a metre of clear space through which to align the beam. The reason for this is that the signal is going down to the reflector and coming back, so if there’s any obstruction on the way down such as girders, ducting or even glass then this needs to be taken into account.”

In both cases, the infrared beam becomes wider in scope the further it travels. The longer that distance is, Ward was at great pains to point out, the more important it is to achieve that one metre clearance for the end-to-end beam.

“The reason that infrared will be used at a given site,” suggested Ward, “is two-fold. First, it’s invisible and, therefore, discreet. The beams are only just invisible to the naked eye. The other, and arguably more important, reason is that the beam itself can be obscured by smoke. Anything that enters the beam’s path will reduce the signal. When the signal is reduced to a specific pre-determined level, it’s at this point there will be an activation. In other words, a fire episode is in play.”

As part of this segment of the webinar, Ward outlined some thought-provoking comparisons, focusing in the first instance on beam versus point smoke detectors. “Here’s a scenario. If you had a room that’s 30 metres wide by 120 metres long, you would need a total of 48 point detectors to cover that area as opposed to just two beam detectors.”

The more common comparison, though, is between beam detectors and ASDs. The latter can be very sensitive in comparison to beams or exhibit slower detection at longer distances. The reason for this is that, as the smoke enters the last sampling hole, it can take up to two minutes before a response is generated at the detector. The air holes on aspirating smoke detectors may be blocked by dirt particles. There might also be higher purchasing and installation costs as well as complex installation procedures.

“Historically,” continued Ward, “beam detectors have suffered from problems in relation to direct sunlight. Light cancellation technology negates strong infrared sources like the sun from compromising the beams. Built-in lasers and auto alignment features can be found on certain systems.” The latter ensures precise alignment of the detector and the reflector in the optical path.

Ward noted that beam detectors have also had issues with condensation in the winter months. “If there’s an unheated warehouse and the temperature drops below dew point then there can be a build-up of moisture on the detector and the reflector. This could realise false alarm. The trouble for the visiting service engineer in this scenario is the fact that, if the moisture has evaporated by the time of the site visit, that engineer will not know what has caused the problem. Anti-condensation heaters can remedy this issue and do work well.”

In days gone by, beams have been fairly crude in the way that infrared was transmitted. If there were beams pointed at each other, there was a need for a big board (say, a metre square) to put the reflectors on in order to block infrared passing from one side to the other. Obviously, in certain buildings that isn’t going to look great from an aesthetic standpoint.

“On some of today’s systems,” explained Ward, “the beam transmits on a random frequency which is selected at power-up so the chances of the two beams interfering with each other are remote if not impossible. Also, in some of today’s solutions you’ll find sophisticated building movement tracking. One of the problems in the past was that beams would go out of alignment because of buildings structurally expanding and contracting. Newer systems will compensate for any movement that can occur during the day.”

When it comes to the installation requirements for beams of any type, the three reflector ranges are from 5 to 20 metres, 20 to 50 metres and 50 to 120 metres. The further the beam travels, the more important the aforementioned one metre clearance becomes. Short range masts can be used to reduce the size of the reflector area which renders beam alignment far easier.

In terms of line of sight and maximum reflector misalignment, the amount by which the reflector (made of the same material as typical road signs, in fact) can be moved off axis and for the infrared system still to be operational (and still be able to detect a fault/fire) is plus or minus five degrees up or down.

Ward referenced some ‘Golden Rules’. “When choosing a beam type for your site, if your eye can see something then the beam can see it. If there’s a lot of airborne contamination or dust at a high level where the beam’s likely to be installed, an optical beam detector wouldn’t be a good choice.”

Know your airflow risks, too. “Say you have a lot of extractor fans on the premises, for example, whereby air is moving around. This may prevent smoke rising to the roof area quickly. That would obviously result in a slow detection speed. This is an area that’s often not thought about. It’s crucial.”

As a business, FFE (itself part of the Halma Group) is the largest manufacturer of infrared optical beam smoke detectors in the world and has been producing fire detection and safety products since 1974. Wind the clock forward to 2020 and one of the questions posed to Ward at the end of the webinar was: ‘What do you think will be the next major development in the field of infrared optical beam smoke detectors?’ In other words, what might the likely roadmap look like in relation to R&D in this area?”

Ward replied: “Video detection will affect beams, ASDs and flame detectors across the next decade. The next generation of beam detectors will have cameras in them to identify false alarms, which is one of the biggest problems in our industry. If there’s an activation, you can look at the video and search for an obstruction causing the false alarm.”

It’s fair to suggest that the UK’s fire industry has a tendency towards conservativism with a small ‘c’ and take a lengthy time to accept new technologies, but the wider use of video looks like being a given.

*To view ‘Protecting Large Premises From Fire’ on demand visit the Fire Safety Matters website at www.fsmatters.com and click on the ‘Webinars’ tab