Recently, Security Matters’ Editor Brian Sims interviewed Mark Rees, managing director of UK-based security camera manufacturer 360 Vision Technology, about how the company has coped with the issues raised by COVID-19 and also the future of video surveillance, wherein the ongoing use of mobile and rapid deployment public space CCTV plus the increasing role played by specialist consultants are part of the mix 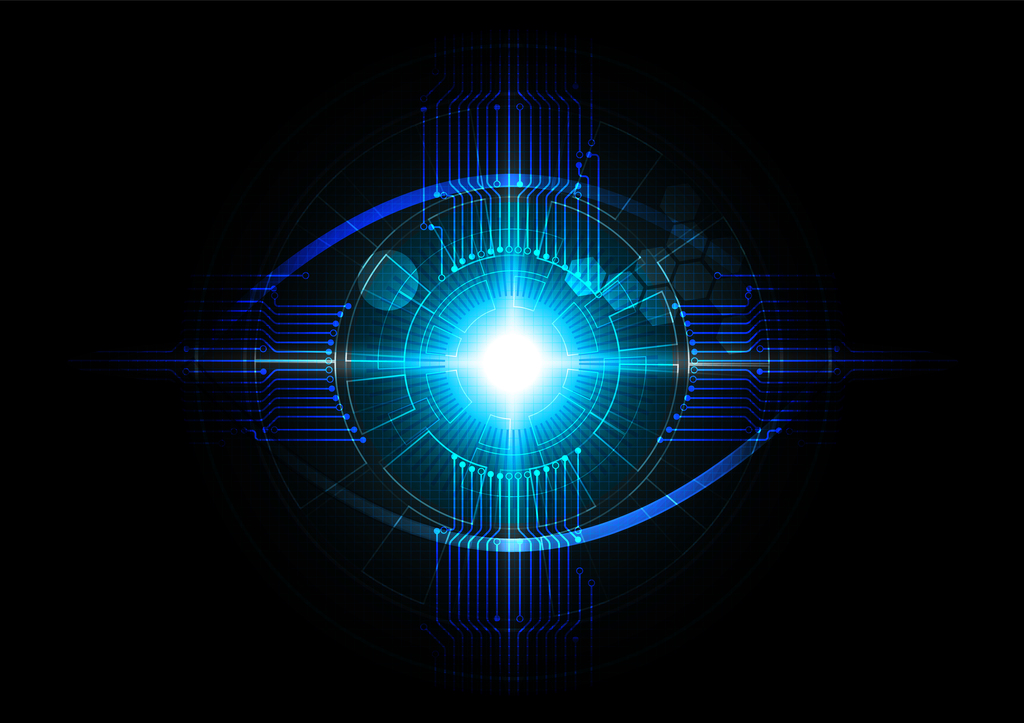 Security Matters: First of all, Mark, can you inform our readers by outlining some detail on 360 Vision Technology? What’s the company all about?

Mark Rees: 360 Vision Technology was started back in 2002 by a group of us who had previously worked for dome camera manufacturer Video Controls Limited. We wanted to take everything we had learned over the previous 20-plus years in the industry and make a different type of PTZ surveillance dome.

In 2003, we brought the Vision dome camera to market and that sold well for a number of years. In fact, it’s still in our range today. In 2008, and right in the middle of the global financial crisis, we changed tack somewhat and moved into the world of ruggedised PTZs. The first product we launched was Predator.

That move took us from our core business focused on the retail, commercial and industrial market into a range of new areas and industries where ruggedised surveillance was required. Aviation, the military, border control and other specialist applications all come into play here.

Even though we made that change in the midst of the financial crash, which wouldn’t be the point at which anyone would necessarily advise you to develop and launch a new product, it was a success. To date, we’ve sold in excess of 15,000 Predator cameras here in the UK and internationally. There are also thermal camera and radar options as well. In fact, there’s a whole range of ways in which the Predator cameras can be configured and used.

Later on, we then launched a version dubbed Invictus aimed at applications in town centres for local authorities as well as cost-conscious applications.

We now employ 43 members of staff based at our Runcorn headquarters in Cheshire. We have our own in-house R&D team, our own manufacturing facility and tech support. Through time, we’ve also developed a presence in North America, the Middle East, Australia and Europe, so we’re expanding quite a bit in terms of our targeted export markets.

Security Matters: What was 360 Vision Technology’s blueprint at the start of 2020 and how has it changed subsequent to the outbreak of COVID-19?

Mark Rees: In some ways, we’ve been lucky that the majority of our business is directed at Critical National Infrastructure (CNI), the military and the Ministry of Defence. On that basis, the business is a designated Critical Key Component Supplier. Our customers requested that we stay open.

When the initial March lockdown began, we sent everyone home to work remotely except for our manufacturing-focused staff, allowing us to keep output going, shipping product from the factory while always minimising any risk posed to our own staff by the Coronavirus.

One of the interesting things about this period is that it forced us to be hyper-productive via video meetings and digital marketing. That has resulted in new opportunities arising during subsequent restrictions and lockdowns where the Government has imposed a tiered approach. It has made us reassess what we thought was the norm with regards to how we interact with our customers. We’ve been conducting online training. We’ve run several webinars and so on.

As much as COVID-19 has been terrible for everyone in so many aspects, for us the actual day-to-day business has continued. Despite the pandemic, we finished our financial year in 2020 at a figure 34% above budget. Certainly, the outlook at the moment for the business is a pretty good one.

Our supply route is direct to the installer or integrator. Other than those occupying the CNI space, many of our customers were forced to put installations on hold, so of course that slowed things down somewhat. We did enact damage limitation plans, looking at cashflow and what we might need to do, but we were extremely fortunate that we didn’t have to furlough a single employee.

If I may, I would like to publicly acknowledge the team members at 360 Vision Technology and how they coped in 2020. They’ve been absolutely incredible. Every single department has done everything possible to ensure the company has kept going and producing and delivering product. I’m immensely proud of the entire team and every department.

Security Matters: What is it about 360 Vision Technology that has enabled the business to adapt to the pandemic so readily? Is it due to something intrinsic around the way in which the company operates?

Mark Rees: We’re very data-driven as a business and we harbour a good deal of experience, so we combine those two elements to try and energise a really thorough understanding of our markets and our customers’ requirements.

While none of our product is entirely made to order, there are obviously different options and variations. Like any company, there are seasonal impacts on our production in terms of volumes, but you’ll find peaks and troughs in any business when you’re talking about a very project-led organisation. That’s what we’re involved in on an extensive footing. Medium to very large-scale projects. Everything from installations requiring ten cameras right up to those demanding many hundreds of them.

From that perspective, the one thing that probably sets us apart is that we have a deep understanding, supported by historical data, of when our quiet periods are, looking in detail at what our top selling models are and making sure that we remain ahead of the game with regards to keeping stock on the shelves for a quick supply, whether that be next day or a two-day delivery.

We’re still quite a small company – we’re certainly classed as an SME – but that means we’re very nimble. From a production point of view, we’re able to react quickly. From an R&D and design perspective, that’s all in our own hands. We’re in charge of our own destiny.

Much of the product we design and manufacture ourselves. Every single item that’s inside all of our products has been designed by us in totality. There’s no sub-contracting. There’s no exporting or international office involvement. We don’t sub-contract our software. Everything’s under our own control.

Security Matters: What do you believe to be the upcoming trends for the surveillance market?

Mark Rees: When we first entered the market it was all about analogue: Point A to Point B with a single coaxial cable running between the two. Now, we’re firmly engaged in an IP-driven society. Indeed, 95% of our sales are IP.

We’re now starting to see Ultra HD and 4K security video, and you can be sure it will not be too long before 8K is commonplace.

Given the ongoing threat posed by COVID-19, we’re likely to witness a significant upsurge in the use of CCTV in towns and cities to manage the flow of people in a bid to ensure social distancing, monitor how many individuals are in a given space at any one time and act before numbers and crowding becomes a risk factor.

The very nature of the virus means that any management of it will necessarily be fluid in nature. On occasion, the authorities will need to adapt at very short notice, so it makes perfect sense to me that the rapid and temporary deployment of video surveillance will really begin to come into its own.

Allied to that will be the use of Artificial Intelligence-based video analytics for all sorts of different purposes. There will also be an increasing reliance on facial recognition technology. Undoubtedly, this can be very useful, but it will need to follow the conditions laid down by privacy regulations very closely as we’ve already seen some challenges to it from a legal standpoint.

Security Matters: Clients want more and more value-add from their security systems purchases, but what might that look like in practice?

Mark Rees: We’ve become used to handling mobile phones and tablets and being a part of the ‘app culture’. The impact of that will be apparent in an embracing of the ‘bolt-on, subscribe and unsubscribe’ attitude towards security software. In essence, when specific services are required, the customer will be able to pay a little more to adapt their system for as long as the extra requirement is there.

The biggest value-add for installers, integrators and end users, though, is support. It’s a key differentiator. Being able to respond quickly to customer requests and take action whenever they have a problem is vital. There will always be problems. Manufacturers need to focus on overcoming those issues efficiently and in an end user-centric way. For us, that means working with end users and installers directly.

If a distributor supplies a product and a fault’s discovered, that business simply ships a brand new unit to site. We’re more actively involved than that, though. We’ll send people to site. We’ll train people. We’ll train customers on site if the need warrants it. We’ll fault-find, we’ll repair and we’ll work with our partners. That ethos of support is more important to us at 360 Vision Technology than anything else. No doubt about that. It underpins the way in which we’ve managed our growth, ensuring that we have the right support structure in place to match our customer base volume.

Security Matters: As a company you work closely with consultants. Has the degree to which you do so increased in recent times?

Mark Rees: The extent to which we work alongside and with security consultants has indeed increased across the last few years. We’ve worked extensively with specialist consultants in the CNI arena, at the Ministry of Defence and in the military world, in addition to those consultants involved with aviation and petrochemicals-focused projects.

The ever-increasing functionality of security cameras and related elements will inevitably see those relationships becoming increasingly more important over time. We’ve always referred to this as the ‘triangle of contact’. There’s the end user, the installer/integrator and ourselves. As much as we will not supply direct to end users, we most certainly enjoy and nurture a productive relationship with them.

Too many times in the surveillance industry, it has appeared to be a case of trying to put square pegs into round holes with the deployment of cameras that may or may not yield the desired end result. By working with specialist consultants, we’re able to prove that a proposed solution is actually going to be able to work for an end user’s application, with the controls in place to tweak whatever may need changing. The relationship with the consultant is crucial in ensuring that we can deliver the right products for a given project.