US President protected by RDS

US PRESIDENT Donald Trump slept secure behind a ring of steel on his recent State visit to the United Kingdom – thanks to a premier British fencing systems manufacturer. 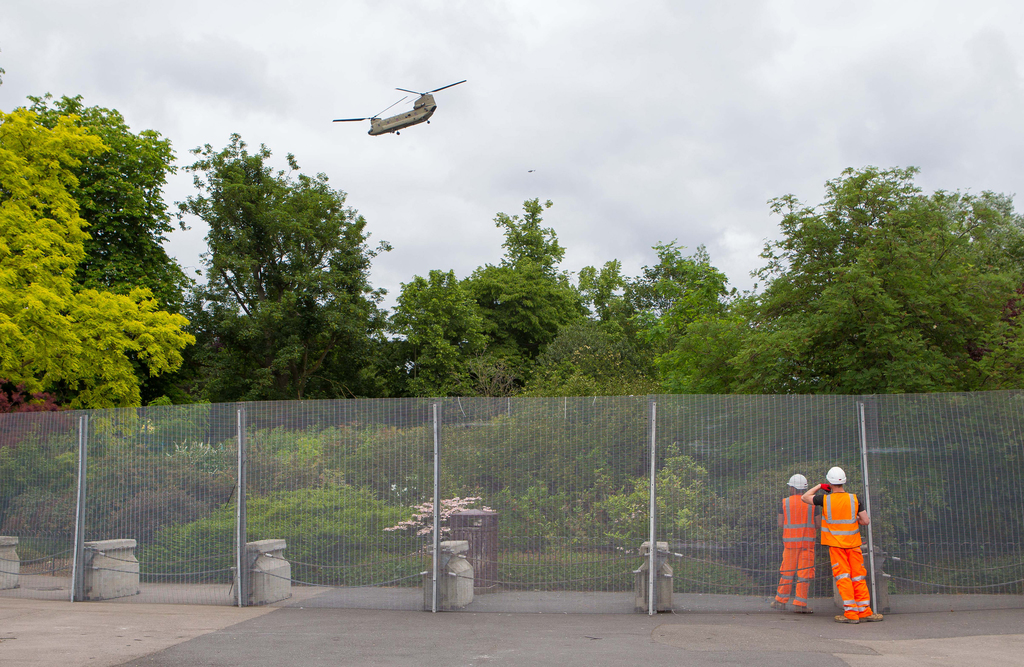 The security fences were erected ahead of the President's controversial three-day state visit to join the celebrations of the 75th anniversary of D-Day.

Around 10,000 police officers were on duty at a cost to the UK taxpayer of £18m and parts of the London park were closed.

Thousands of protesters gathered to demonstrate against his visit, including the inflatable baby blimp which flew during his last visit to London.

RDS has become the firm favourite with police for securing party conferences since it saved up to 90% of police time and proved its rapid-install-with-high-security credentials during a whistle-stop tour from Brighton to Birmingham via Manchester for the three main UK political parties’ autumn conferences in 2012 and at the G8 summit in Northern Ireland in May 2013.

A new QuickFit post system halves the manpower for installing RDS, with a team of two able to install a 30m run in just half an hour in trials.

Opposing wedge-shape protrusions on the posts and clamp bar serve as a pincer system to clamp the fence panels to the posts.  They are locked in place with a single bolt fixing per post with the head of the bolt completely encapsulated inside a tube so it cannot be removed.  Zaun’s research and development team has created a video to demonstrate the innovation.