WIRELESS FIRE detection and alarms specialist Hyfire has supplied over 500 devices that underpin a complete renewal of the fire protection system at St Albans Civic Centre, itself a landmark building in the heart of the historic cathedral city that resides to the East of Hemel Hempstead in Hertfordshire. 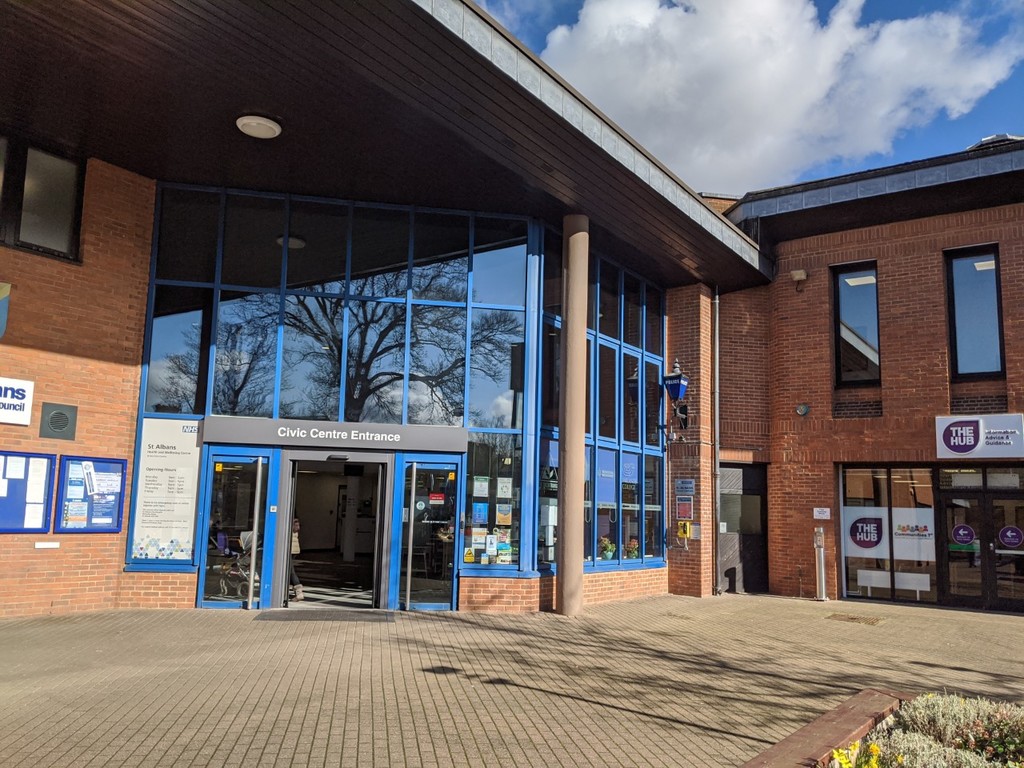 In addition to being the headquarters of St Albans City & District Council, the Civic Centre also houses the city’s main police station as well as the new St Albans Health and Well-Being Centre. The building is currently the epicentre of a major urban renewal project dubbed the ‘Civic Centre Regeneration Site’, which will see the area revived with some existing buildings being demolished, new ones erected and a series of public spaces formed to create an all-new civic quarter.

All of this makes it even more important to ensure that the Civic Centre is fit for purpose as the number of people using the building continues to grow.

The upgrade project at the 1980s building was undertaken by Fire Guard Services, with the whole process having to be planned around staff working hours. The legacy system had to remain operational throughout, in fact, so the decision was duly taken to install a hybrid system combining wired and wireless devices.

The new system was fitted in just three weeks, mostly outwith normal office hours, representing a time saving of at least one month compared to a wired alternative. It provides fire protection for all offices, public spaces and plant rooms at the location, as well as the distinctive hexagonal council chamber, the town’s police station, the bridge link to the Alban Arena and the large basement (part of which is rumoured to have been constructed as a nuclear shelter).

Speaking about the project, Brendon Searle (senior fire alarm engineer at Fire Guard Services) told Fire Safety Matters: “St Albans Civic Centre is a busy hub in the city centre that houses hundreds of council employees as well as visiting members of the public. The old fire system was becoming obsolete, but needed to remain operational until the new one was commissioned, so an update using the existing cabling wasn’t an option. After assessing various solutions, we worked with Hyfire to design a new wireless system that meets all of the key criteria for the building, with the option to expand or update it in the future as the building evolves and fire technology continues to advance.”

Wireless translators, which create the communications infrastructure, sit on the standard fire loops of the fire alarm panel. Wireless input and output devices are added to this network to allow the building of fully-wireless systems of virtually any size, or otherwise mixed with wired products to provide seamless hybrid solutions. This arrangement affords total flexibility for specifiers and installers alike.

Chris McGregor, regional sales manager at Hyfire, explained: “The best wireless detection and fire alarm equipment is the equal of traditional wired systems and offers a number of key benefits. Wireless technology lends itself perfectly to buildings like this one. With no option to update the old system and the design of the building unsuited to new cable runs, the devices chosen represent the ideal solution. We estimate that the use of wireless devices reduced installation time, in addition to labour costs, by around 50% when compared to a fully-wired fire protection system.”

McGregor continued: “On this project, we installed approximately two-thirds wireless devices and one third wired. That choice was dictated by the use of each space and the structure of the building itself. Bespoke surveying software has allowed us to design a system that will cover all areas of the building, telling us what components are needed and exactly what the system will cost.”

A range of addressable translators and expanders are available, processing up to 32 devices each, with the scale of the system limited only by the number of devices that the fire panel can handle. Devices can be quickly and easily pre-programmed in the office or on site prior to installation.

Helen Ramsay, building and facilities manager at St Albans City & District Council, concluded: “Brendon showed us a previous wireless installation that his team had completed and the benefits of wireless devices became abundantly clear. They deliver everything that a traditional wired system can, but importantly so without the need for complex wiring and remedial works following the installation of new cable runs.”