Firefighters in Scotland have rejected a pay offer that would have led to them taking on significant areas of health and social care work. 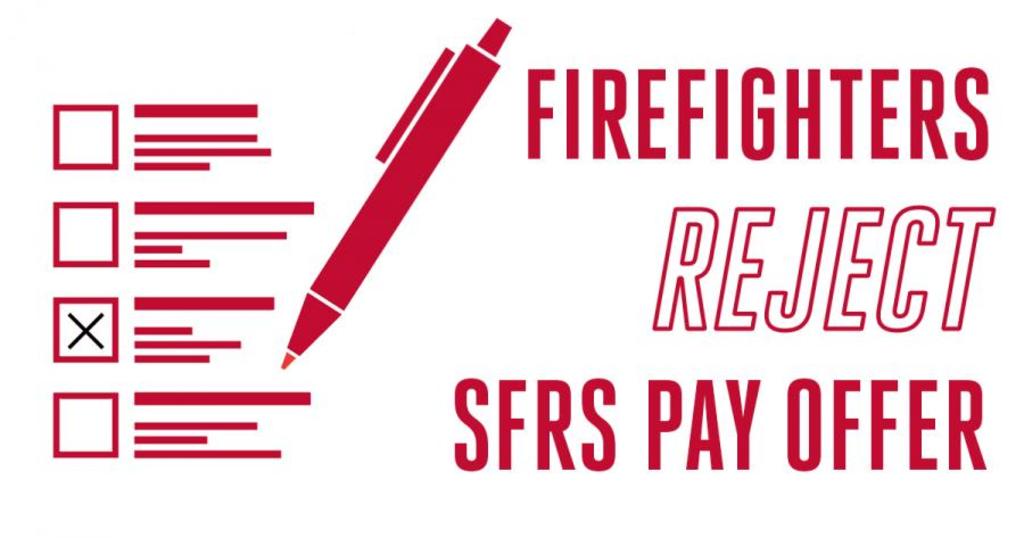 Members of the Fire Brigades Union (FBU) rejected the offer from their employer, voting by a margin of 60% to 40% on an 81% turnout.

The Scottish Fire and Rescue Service (SFRS) had offered a pay increase in return for firefighters and control staff taking on significant new areas of work, including co-responding to “slips, trips, and falls” and increased responsibility for out-of-hospital cardiac arrest, which could have seen firefighters co-responding to life threatening injuries.

Denise Christie, FBU Scotland secretary, said: “Our members have turned out in their masses at meetings across Scotland and to vote in this ballot. The consensus is clear; we want and deserve a pay increase, but the offer in its current form is unacceptable.

“We’ve been consistent throughout negotiations. Real progress has been made since the last offer was rejected in July, but some serious changes are needed to make this acceptable to our members. The SFRS need to listen to the concerns of their staff and get back around the negotiating table.”

Matt Wrack, FBU general secretary, said: “In negotiations, we were concerned that this offer would not be acceptable to our members in Scotland – and this clear result serves as proof. Firefighters are emergency responders, but are no substitute for social care staff. This offer was a step too far in that direction.

“We continue to be entirely open to discussions about securing a fire and rescue service fit for the challenges of the future. This is not the time to walk away from negotiations. We need to find a deal that is fair for firefighters and control staff to secure a long overdue pay increase.”

The FBU’s executive council and Scottish regional committee recommended that members reject the offer in its current form. The FBU have written to the chief officer and the Scottish government Minister for Community Safety to inform them of the ballot result and assure them that the FBU wants to continue negotiations.

Firefighters and control staff in Scotland previously rejected a pay offer in July, forcing SFRS to return to negotiations. The initial offer was rejected over concerns including how the proposed changes to a firefighter’s role would impact on core responsibilities and training, the proposed pay increase, and the ability for the Scottish Ambulance Service and health and social care partners to effectively carry out their duties when co-responding.
MORE FROM THIS COMPANY