THE ROYAL United Services Institute for Defence and Security Studies (RUSI) has just published an Occasional Paper entitled 'Terrorism and the Mass Media'. Based on a literature review, the 48-page document finds that any overemphasis on the threat of terrorism can amplify its negative impact and may inadvertently advance terrorist objectives. 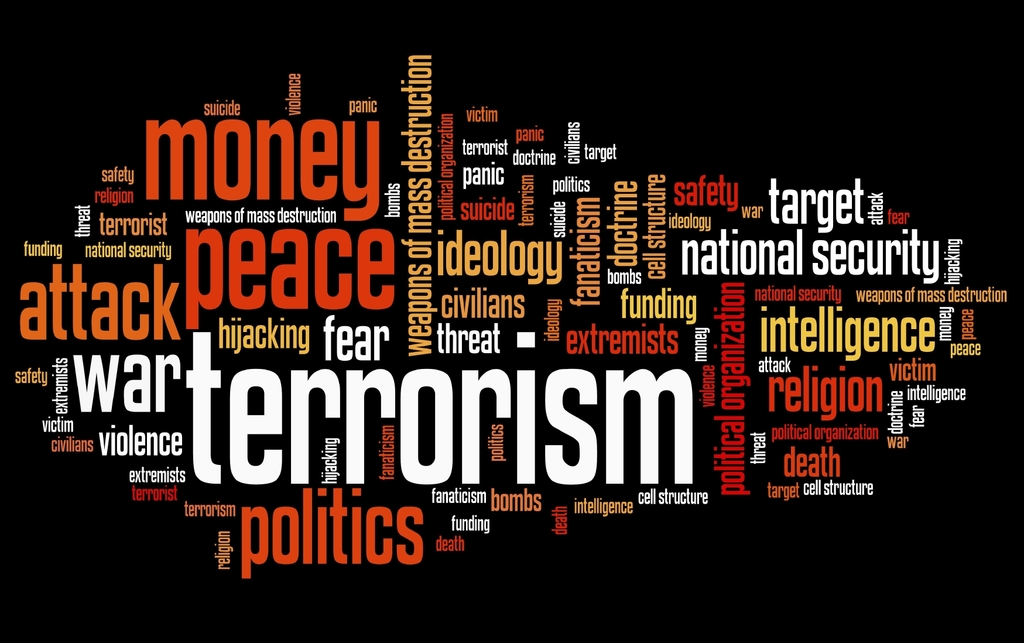 Jessica White, a research Fellow within RUSI’s Terrorism and Conflict Group and author of the excellent and thought-provoking report, begins by stating: “Terrorism is commonly defined as a form of politically motivated violence and intimidation which uses communication strategies to amplify its intended effect of causing terror. It employs a wide range of platforms, including so-called ‘traditional’ news media such as newspapers and television, as communication tools. However, the role of the mass media in the advancement of terrorism’s objectives is controversial, even within academic literature, as it is difficult to draw direct lines of causation due to the diversity of factors contributing towards terrorism and the process of radicalisation.”

With that in mind, White's Occasional Paper (the contents of which is based on the findings of an extensive research study commissioned by the Private Office of the Assistant Commissioner of Specialist Operations at the Metropolitan Police Service) determines to synthesise the existing literature and explore what the theory says about the role of the media in relation to three core questions: Does traditional mass media influence the threat of terrorism by encouraging or discouraging radicalisation, recruitment and mobilisation to violence? Does traditional mass media amplify or suppress the social and psychological effects of terrorism? Does the traditional mass media in the UK inadvertently advance terrorist objectives?

The Occasional Paper has a particular focus on the UK’s traditional mass media and does not include any analysis of social media or online media platforms. Rather, it uses a literature review of English language sources to analyse the role of the mass media and its effects on the impact of terrorism. The research did not include any primary research with journalists or any analysis of media reporting. Ultimately, the Occasional Paper provides an analysis of the theoretical base, duly showing that traditional mass media can and sometimes does contribute towards terrorism (more of which anon).

White recommends that improved guidelines could help to limit the potential negative impact, and suggests a balanced approach to encouraging the media to “develop a more far-reaching set of responsible reporting practices for terrorism” as part of a process which “enshrines editorial independence and public interest”.

One of the main research findings is that mass media can provide the publicity which terrorists seek. There is widespread consensus that the media’s reporting on terrorism does this. Indeed, it's felt that there's a clear synergy between the media’s desire for a sensational story and terrorists’ desire for publicity. This is said to be a symbiotic relationship because terrorism cannot flourish without the ‘oxygen of publicity’.

White observed: “The challenges of this relationship are multiplied in the modern era given the rapid advancement and accelerating pace of the news cycle, due in the main to digital advances.”

The author is adamant that the mass media can play a contributory role in amplifying negative impact. While levels of fear are difficult to measure empirically, White's research has found substantial theoretical agreement that the media can amplify the negative impacts of terrorism and, indeed, collective levels of public fear. This is primarily due to its role in broadcasting the story to more people than would have been immediately affected by a given attack.

“Journalists are not neutral. Due to their role in producing news and influencing opinion, they can become participants in the radicalisation process. Their discourse and how they frame their reports can have an impact. For example, they can reproduce inaccurate information (thus spreading disproportionate fear) or frame terrorist incidents in such a way which amplifies prejudices and stereotypes.”

White has also pointed out that mass media reporting can contribute towards the imitation of terrorism. “Social contagion theory suggests that the reporting of terrorist events encourages the spread of terrorist behaviour among like-minded individuals. This theory is sometimes cited to suggest that media reporting of a terrorist attack can be the tipping point for someone who had previously been considering carrying out a violent act. Mimetic theory, or the theory of imitation, suggests that the imitation of terrorist attacks might occur for the purpose of achieving the same publicity or recognition.”

The Occasional Paper finds that imitation theory is more useful than contagion theory in explaining how media reporting of terrorist attacks may encourage the use of a particular method of attack (the aircraft hijackings in the 1970s and 1980s being prime examples here). This theory could be applied to the multiple European attacks carried out with the aid of vehicles across the last few years.

Ethical Codes of Practice and responsible reporting guidelines have a positive effect on minimising the negative impacts of reporting. White points out that such Codes are in place for most traditional media sources and include specific guidelines (such as reporting accurately and objectively, identifying sources where possible and avoiding any form of stereotyping). Many news organisations have adapted responsible reporting guidelines for different circumstances, such as violent crime and suicide, but in parallel many are “not sufficiently adapted” for reporting on the specific subject of terrorism.

White explained: “Ultimately, it must be recognised that media reporting on terrorism does not affect everyone equally or all the time or, indeed, always to the same degree. Therefore, causation is difficult to prove. The mass media can be a contributory factor to terrorism. Fear, radicalisation, imitation and other potential negative impacts are unpredictable. Thus, the recommended improvement of responsible reporting guidelines should be balanced with independent reporting and public interest.”

In light of the research findings, the RUSI Occasional Paper puts forward and supports a number of key recommendations encouraging the development of guidelines for responsible reporting of terrorism.

For instance, journalists should be aware that discourse (and the way in which media reports are framed) can have an impact on levels of fear, the process of radicalisation and the threat of imitation. As is the case with practices developed specific to other issues, such as acts of suicide, White believes that responsible reporting guidelines should be defined for terrorism. “Discourse and framing should be accurate, balanced, unsensational and contextual. Journalists should avoid emotive language, except when reporting on what others (for instance, politicians) have said. Journalists should not use discourse in a way which either glamourises or demonises the perpetrators of attacks, as this could encourage imitation or perpetuate prejudices.”

Further, White stated: “Journalists should be as objective as possible, examining their own pre-conceived biases and possibly unsubstantiated theories.”

Each media organisation has a set of Codes of Practice as well as central guidance from bodies such as the National Union of Journalists. For example, the BBC has published guidelines for its reporters on the challenges and implications of the word ‘terrorism’ along with recommended guidelines for its use.

In addition, White commented: “Journalists should be careful of misinformation from terrorist propaganda, the Government or other potential actors such as foreign Governments. Misinformation poses a serious risk to independent reporting and public understanding. The police and security authorities can be key partners in providing timely and detailed information to the public and members of the press in order to help counteract sources of misinformation.”

White concluded: “By encouraging a collective discussion, guidelines could also increase the potential for the media to have a positive effect. Journalists can construct narratives designed to empathise with the victims and encourage resilience. Responsibility for content is necessary, while always remembering that editorial independence is essential to modern democracy.”

In essence, then, White's research finds that media coverage of terrorism can amplify its effects, while the negative consequences of any such coverage might be mitigated by responsible and ethical reporting practices.

On Monday 11 May, RUSI held a webinar to officially launch the Occasional Paper. The event was chaired by Dr Elizabeth Pearson, a lecturer in the Cyber Threats Research Centre at Swansea University as well as being a former BBC journalist.

The panel itself comprised Metropolitan Police Service Assistant Commissioner Neil Basu (the lead for counter-terrorism policing), in addition to Jessica White herself, Professor Charlie Beckett of the London School of Economics (who has written extensively about the mass media and its reporting of terrorism) and Ian Murray, the executive director of the Society of Editors.

*Access a recording of the hour-long webinar here: https://rusi.org/event/terrorism-and-mass-media-launch-event