Required by the Regulatory Reform (Fire Safety) Order 2005, appropriate fire-fighting equipment must be provided where there is any risk of fire; should you fail to meet fire extinguisher regulations you could find that your insurance will not pay out in the event of an incident. 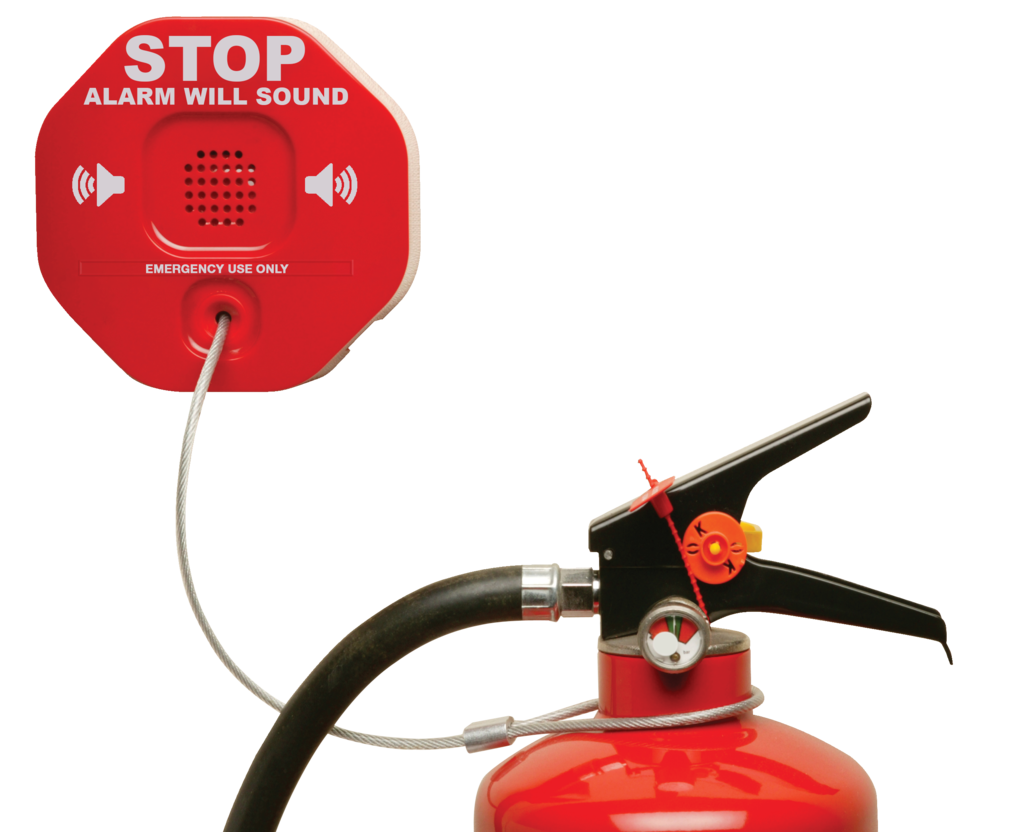 Fire extinguisher regulations state that fire extinguishers should be either mounted to a wall or placed in a stand in order to discourage people from moving them around. However, this advice is regularly ignored with extinguishers commonly used to prop open doors.

Fire extinguishers are also prone to theft and when discharged unnecessarily pose a risk, both to the environment, and nearby persons - The Health and Safety at Work etc. Act 1974 makes the misuse of an extinguisher in the work place an offence for which someone can be criminally prosecuted.

The Theft Stopper from Safety Technology International (STI) has proven highly effective in helping prevent theft, misuse or vandalism of fire extinguishers and other important life safety devices. The self-contained alarm leaves the protected device accessible for use in real emergencies.