A STATE-of-the-art redevelopment of Newark Fire Station has been shortlisted for an award at the prestigious Royal Institution of Chartered Surveyors (RICS) Awards 2019. 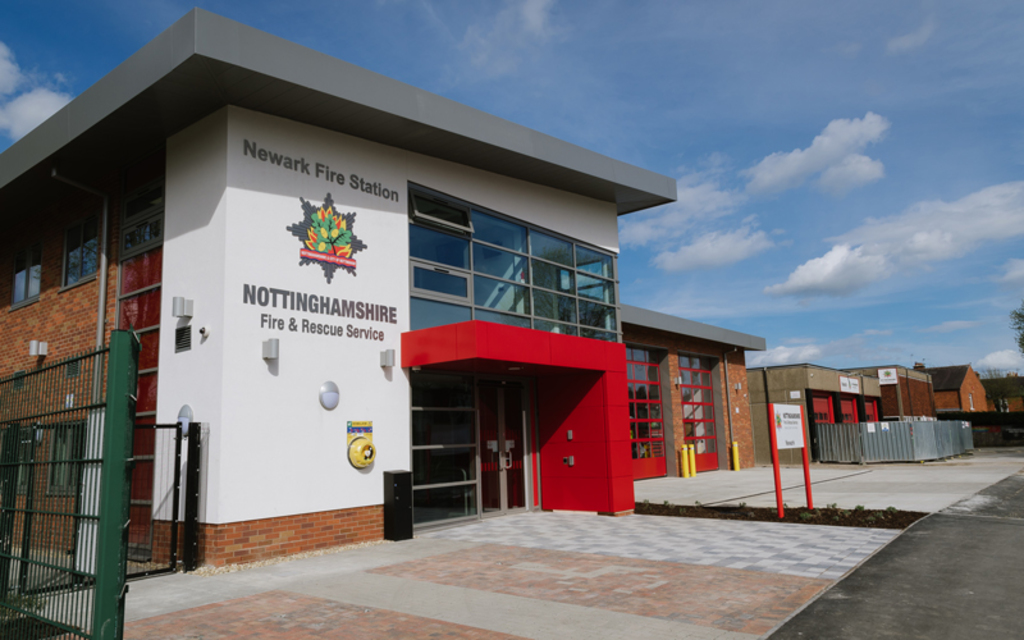 Ian Pritchard, Assistant Chief Officer at Nottinghamshire Fire and Rescue Service said, “To be shortlisted for this award is a testament to the hard work of everyone involved with the project.

“This was the first time we kept a full-time fire station operational whilst a new facility was built on the same site.

“This would not have been possible without the collaborative approach taken by Turner & Townsend, The Gelder Group and Maber Architects.”

Richard Cropley, district manager for Newark and Sherwood said: “I think the station shows the Service’s commitment to serving the community in Newark for many years to come – with the station expected to have a life of 50 years.”

Mark Deakin, director at Turner & Townsend in Nottingham, added, “It was great to have the opportunity to support the Fire Service in the development of Newark Fire Station. Through a true team effort, we were able to overcome the site’s challenges and ensure that the scheme could be delivered on time and within budget.”

The RICS Awards recognise excellence in the built environment and showcase the successes of RICS professionals and their impact on local communities.

This year's ceremony will take place at the prestigious Mercure Leicester The Grand Hotel in Leicester on Wednesday 15 May.