SINCE THE beginning of the year, there has been a raft of new announcements from the Department for Levelling Up, Housing and Communities on the subject of building safety and, of course, the cladding crisis. Niall Rowan discusses their implications for the construction industry. 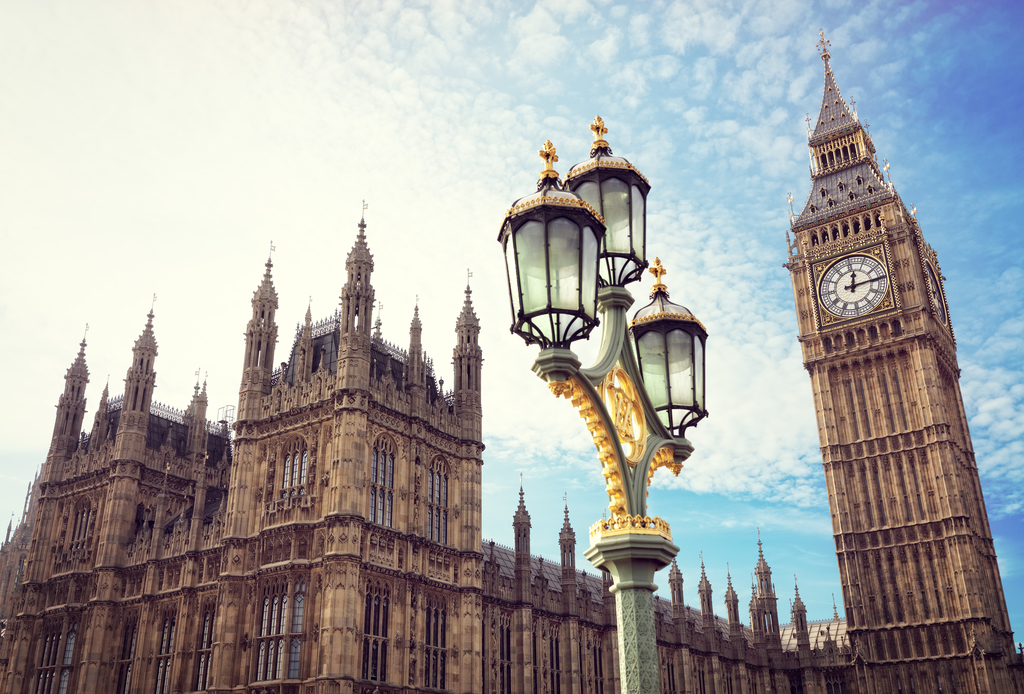 In particular, the Government’s announcements have focused on who should foot the bill for remedial work needed to make buildings safe and how this will be realised. In January, there was talk of making developers pay for defective buildings, with subsequent declarations in February and March.

In a letter addressing developers in early January, Michael Gove (Secretary of State for Levelling Up, Housing and Communities) commented: “I am now offering... open and transparent negotiations to agree a settlement that will restore confidence and ensure the industry that caused the problem pays to fix it... You should agree to make financial contributions this year and in subsequent years to a dedicated fund to cover the full outstanding cost to remediate unsafe cladding on buildings of 11-18 metres [tall], estimated currently to be £4 billion. You should fund and undertake all necessary remediation of buildings over 11 metres that you have played a role in developing (ie both 11-18 metres in height and 18 metres-plus). Any work undertaken by developers themselves on buildings of 11-18 metres [tall] will reduce the total cost of cladding remediation that has to be paid for through the proposed fund for buildings of 11-18 metres [tall].”

Quite how the necessary discussions and deliberations will develop is not clear. How many buildings are we talking about? How many developers? Should all developers pay or only those that installed defective cladding? How much should each developer pay and how should that figure be decided?

In a subsequent letter, Richard Goodman (director-general of Safer and Greener Buildings) asked of developers: “I would be grateful if you could start creating a fuller return with all 11 metres-plus buildings that you have developed so that we can match these against our database of buildings that need remediation where we do not have developer information.”

What happens if you simply don’t reply or state: ‘No buildings over 11 metres tall’? How do they check? How is this going to be audited?

Goodman continued: “We wish to ensure that those developers who are committed to making a full contribution do so... We envisage that those who meet these commitments will be recognised as the responsible actors in this market.” Fine words, indeed, but unless everyone’s involved, not many will volunteer to pay a ‘fine’ determined by civil servants for something that they consider was not illegal.

If this isn’t a can of worms then I don’t know what is. As you might well expect, several prominent developers have already stated their belief that they’ve done nothing wrong. They installed products in good faith, believing them to have met the regulations as described in Approved Document B to the Building Regulations. Court cases will surely loom.

Redrow’s CEO Matthew Pratt became the first to comment, branding Gove’s threats “inequitable”. Pratt explained: “I don’t think anyone can sign a deal that says: ‘You will give me anything I want’. Basically, this is saying that, at the end of the year, ‘we’ll tell you how much it [ie the cost] is and you’ll sign up to say you’ll give us it.’ Nobody can sign up to that. It’s unrealistic.”

In a similar move, a letter from Dean Finch (CEO of housebuilder Persimmon plc) to the Department for Levelling Up, Housing and Communities called the sanctions “unlawful”. Was this a tell-tale sign of ‘Stalemate 1’?

Covering all the bases, another letter saw Gove criticising the construction products industry: “There are a number of cladding and insulation companies whose products or services have contributed to the need for remediation of 11 metres-plus buildings on fire safety grounds. I am offering a window of opportunity, between now and March, for the sector to work with my department through open and transparent negotiations to agree a settlement that will restore confidence and secure an appropriate contribution from the sector.” This approach was similar to that used for the developers, and many of the same arguments apply.

Who will pay, and how much will the bill amount to for each manufacturer? Will Kingspan only pay 15% and Celotex 85% on the basis of the respective uses of their products on Grenfell Tower? How much will Arconic pay for the cladding? What about other buildings and other fires? What time period are we talking about? Why should manufacturers pay out and not contractors, the architects who designed the building or building control who approved it? It appears to be an unworkable mess of claim and counter claim and blame/liability deflection.

So far, the Construction Products Association has responded positively and weekly meetings have been undertaken with Gove’s team. Originally, the Department for Levelling Up, Housing and Communities had a ‘hit list’ of around 70 organisations (mostly those who were associated with Grenfell, including architects and engineers, as well as product manufacturers and developers). As indicated above, while there’s a desire to make sure those involved do pay – and, to be fair, there’s goodwill from some of those parties to contribute – it would be hard to charge a tiny portion of the construction industry for faults at Grenfell when there have been fairly widespread failings right across the industry.

Whatever scenario plays out, the Government has the wind at its back. As one Construction Products Association representative recently said to me: “Gove has the leverage to whack us.” There’s also a strong sentiment in Westminster that ‘Construction must pay’. So is this ‘Stalemate 2’ then?

Here’s an interesting question. If Gove secures money from the developers, will the manufacturers be let off scot-free or vice-versa? How will an acceptable balance be struck?

Move forward to mid-February and the Department for Levelling Up, Housing and Communities announced 38 pages of proposed amendments to the Building Safety Bill currently going through Parliament. These will provide legal powers to force developers and construction product manufacturers to pay for remediation work. One wonders if the ‘ask nicely’ approach didn’t work? Having this two-stage approach is confusing. What about those already engaged in the process? It does give more concrete and legal backing to the ‘who pays?’ question in the cladding crisis that has been lingering for years and, to that extent, it’s welcomed, but the devil will always be in the detail.

The Government’s objective appears to be to create a ‘pecking order’. Developers and cladding manufacturers are first in line to pay. Second are freeholders subject to an affordability test (which is still to be determined).

Leaseholders are only expected to pay a capped amount towards non-cladding costs only. This contribution can only be collected where the landlord is not – and has never been – a company associated with the original developer.

Each player in the process will have to put in place its funding before the next player has to pay, the aim being for the leaseholder to be payer of last resort (and, ideally, not at all). Who manages all of this? This process also addresses the issue in the leasehold system whereby landlords – or their agents or the company managing the property – can spend leaseholders’ money without any effective control. The fact that freeholders are before leaseholders might concentrate their minds on the need for works in all cases, not to mention the need for value for money.

The proposals mean that no-one living in a building of more than 11 metres (or five storeys) in height will have to pay anything for remediating flammable cladding or will have to pay more than £10,000 (£15,000 in London) to remediate non-cladding defects. There are higher limits for properties worth between £1 million and £2 million or over £2 million.

The amendments also create a series of new statutory powers to enable action to be taken against developers, cladding manufacturers and companies associated with them to force them to pay towards non-cladding costs.

The Government is linking future building control and planning consent to past behaviours. Companies that do not agree to remediate their buildings cannot become members of a new building industry scheme. Companies that are not members of the scheme – the details of which have yet to be outlined – will not be able to obtain planning or building control permission. Quite how this will work in practice remains to be seen. You can envisage numerous legal challenges against it as this is surely a restriction of trade?

Other big concerns are that the Building Safety Bill amendments go much further than the ‘request for money’ letters and that the extension to 30 years of coverage under the Defective Premises Act will cripple the industry with almost unending claims. The amendments also significantly increase an existing problem centred on the lack of available professional indemnity (PI) insurance. Imagine the PI cover needed to protect the last 30 years of work.

There has since been a meeting of the Levelling Up, Housing and Communities Committee on the subject of ‘Building Safety: Remediation and Funding’. The report of the seventh session published on Friday 11 March makes for interesting reading, with the overall thrust being that leaseholders should not have to pay (no surprises there, then), but that the Government’s proposals leave gaps whereby leaseholders still pick up the bill.

Recommendations also include scrapping the proposed cap on non-cladding costs for leaseholders, implementing a comprehensive Building Safety Fund to cover the costs of remediating all building safety defects on any buildings of any height where the original ‘polluter’ cannot be traced, compensating leaseholders for costs already paid out (including for interim measures and any rises in insurance premiums) and, what’s more, requiring all relevant parties who played a role in the building safety crisis to contribute to funds for remediation.

The Government’s negotiations with developers and, separately, the construction product manufacturers continued. The Government reached an agreement with developers on Wednesday 13 April when over 30 of them signed a pledge committing to remediate life-critical fire safety works in buildings over 11 metres tall in which they’ve played a role in developing or refurbishing over the last 30 years in England. They also agreed to reimburse any funding received from Government remediation programmes in relation to buildings they had a role in developing or otherwise refurbishing.

Negotiations with the product sector have not been as successful. Regular meetings between the Construction Products Association and Gove’s remediation funding team have failed to agree on a scope of work or the contribution from the sector. The industry is unhappy with the ‘blank cheque’ approach and, of course, many in the product sector are blameless. The end of March deadline laid down by Gove passed by and, despite further meetings, no agreement was reached before Parliament adjourned for Easter.

Also on 13 April, Gove wrote to the Construction Products Association: “I have instructed my officials to do whatever it takes to make sure that construction product manufacturers are held to account through the powers that I am establishing in the Building Safety Bill. My new recovery unit will pursue firms that have failed to do the right thing, including through the courts.”

Strong stuff indeed from Westminster. You cannot help thinking that the Construction Products Association and Gove’s team have been talking across each other, with neither side being able to address the other’s concerns in a solid enough manner.

In the product arena, one solution that has been aired is to impose a levy on the whole of the sector. While perhaps unfair for the ‘good guys’, this might be easier, less painful and also yield the ‘win’ that Gove needs. It’s also possible that the ‘bad guys’ will cough up more than their pound of flesh.

Niall Rowan is Technical and Regulatory Affairs Officer at the Association for Specialist Fire Protection (www.asfp.org.uk)