THE INDEPENDENT Fire Engineering and Distributors Association (IFEDA) has confirmed its support for BAFE’s ‘Don’t Just Specify, Verify!’ campaign, which itself highlights the crucial second – and sometimes overlooked – verification stage involving the specification of evidentially competent and third party-certificated fire safety organisations in order to assist when it comes to compliance with fire safety responsibilities. 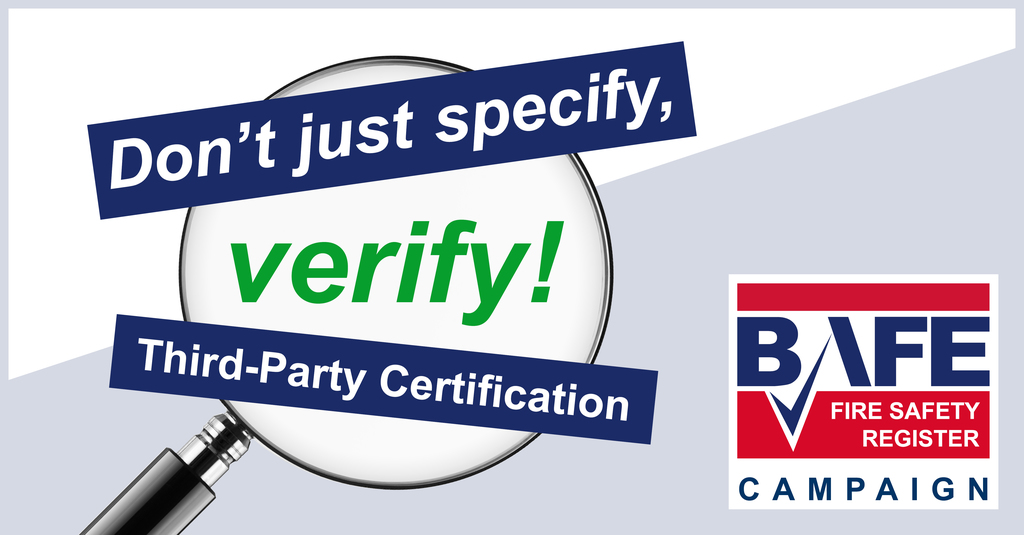 Paul Wilkinson, the new chair of IFEDA, has commented on behalf of the Trade Association in support of the ongoing BAFE campaign.

Wilkinson said: “IFEDA has witnessed that there are companies operating across the industry claiming to have, for example, fire alarm expertise and over 20 years of experience. When checked, however, you find that the staff working for these businesses have no fire alarm qualifications. There are no quality systems in place. In fact, there’s just basic ‘accreditation’. They might be members of a Trade Association (but are not audited).”

He continued: “At IFEDA, we believe that this industry needs all companies to be third party certificated by UKAS-accredited certification bodies. Having third party certification means that the companies and technicians involved are independently audited and assessed to an agreed industry benchmark, in turn helping to raise quality standards and, hence, assisting in the protection of end users. Ultimately, that scenario save lives.”

Further, Wilkinson noted: “At present, clients are stating in their tenders that companies must be BAFE approved, but I’m aware of many situations where the client doesn’t verify the BAFE claims/certificates outlined on submitted tender documents. Clients should be checking this detail to ensure they’re using suitably certificated companies. Any campaign that raises end users’ awareness that a check is vital – and it’s a check that’s welcomed by all bona fide BAFE-approved companies – can only be a good thing for all.”

In addition, Wilkinson urged: “The Government needs to act now, not in five years’ time. There’s a need for a law stipulating that only UKAS-accredited, third party-approved and certificated companies can install and maintain life safety systems and products. I feel that, if the Government doesn’t act on this matter, then more lives will be lost unnecessarily due to impertinent actions.”

Emboldening that last point, Wilkinson asserted: “This has nothing to do with competition or the size of the companies as I myself, alongside my duties with IFEDA, run a very small family business [Fire & Safety Solutions Ltd], but that doesn’t stop me from sending all of my engineers on certified courses and making sure that my company is third party certificated by a UKAS-accredited certification body, ISO 9001 compliant for Quality Management Systems and also approved by BAFE.”

BAFE has congratulated Wilkinson on being appointed chair of IFEDA. Justin Maltby-Smith, the new managing Director of BAFE, said: “It’s great to see Paul in the role of chair for IFEDA. His passion for the fire safety sector and appropriate third party certification is clearly demonstrated in his support of our own campaign. We echo his comments, as well as the declarations of other respected Trade Associations. Action is required now for stronger mandatory requirements to evidence competency in the fire safety arena.”