THE INVESTIGATION into the major fire that took hold of The Glasgow School of Art almost one year ago is moving into its final phases. 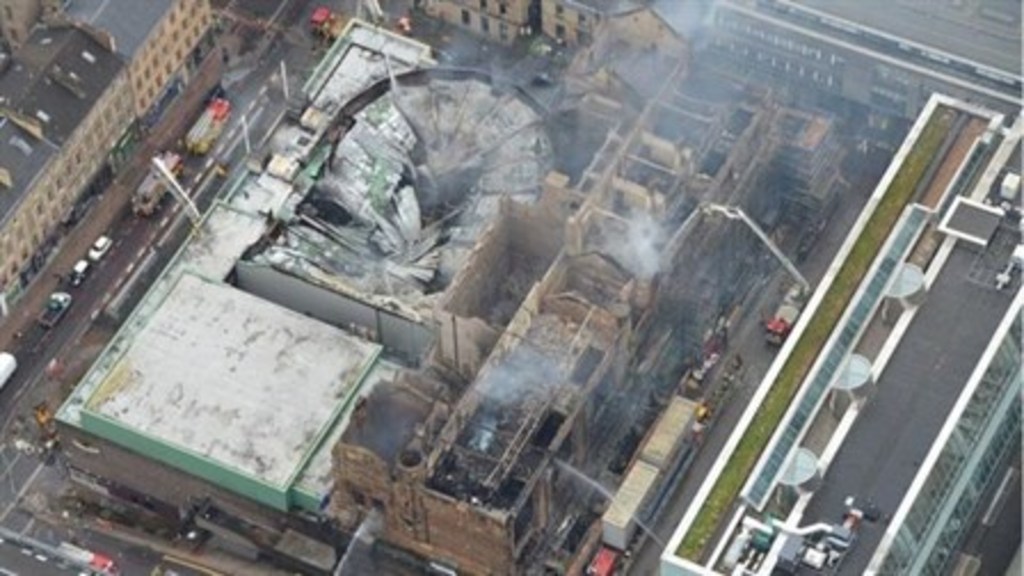 A team of Scottish Fire and Rescue Service investigators has already examined two sectors within the building following the removal of hundreds of tonnes of fire debris.

They have also searched through hundreds of hours of CCTV footage and taken witness statements.

The final phases of the investigation will require the removal of several hundred further tonnes of debris to allow the Fire Investigation team to continue its efforts within the “complex site”.

This phase of work will therefore take some further time to complete.

More than 120 firefighters worked to contain and then extinguish the blaze that took hold of the iconic building after the alarm was raised at 11.19pm on Friday, June 15, 2018. The O2 ABC and surrounding businesses in Glasgow city centre were also affected.

Assistant chief officer Ross Haggart is the Scottish Fire and Rescue Service’s director of prevention and protection. He said: “We are conscious that we are now approaching the one year milestone of this devastating event that resonated not only here in Scotland but across the world.

"We are aware of the cultural significance of The Glasgow School of Art and the affection held for the O2 ABC alongside the impact on local businesses and residents who were affected at the time.

“This has been at the forefront of our minds throughout what has been a formidable investigation.”

He added: “The damage to The Mackintosh Building was far greater than the fire incident in 2014, and the impact on the building has complicated the investigative process.

“Nonetheless a number of detailed examinations at key areas of the site have been undertaken following the removal of 400 tonnes of fire debris.

“But a significant volume of fire debris remains within the site and we will work alongside the on-site contractors to have this removed with a view to undertaking further examinations.

“The fire investigation remains focused on likely origin and cause – but against the backdrop of an unprecedented large scale fire scene within a complex and challenging site.

“Our Fire Investigation team is working hard based on what remains within the building once the debris is removed, alongside all other evidence available to them.”

The investigation commenced on the night the fire took hold.

Since then, the SFRS Fire Investigation team has also chaired 10 multi-agency meetings including Police Scotland, the Health and Safety Executive and local authority representatives, and also reviewed 70 pieces of information such as stills and video supplied by the public.

Group Manager David Dourley, who leads the 26-strong Fire Investigation team across Scotland and is a firefighter with 21 years’ experience, said: “The investigation is progressing.

“We have already undertaken two examinations within the Glasgow School of Art and are now turning towards the final phases which will be challenging due to the significant volume of debris which requires to be removed.

“It is also a challenging site and we will require, at times, to work within confined spaces. But safety is paramount and each time we move to begin an excavation or go onto the site we will consult with Glasgow School of Art and also the on-site contractor.

“We will also carry out a risk assessment and work to establish the safest entry and exit routes – and we will be dressed in full personal protective equipment including respirators.”

He added: “We would like to thank everyone for their patience and understanding as we continue our efforts.”