THE DUKE of York hosted 40 of the UK’s most promising young female cyber experts at Windsor Castle. 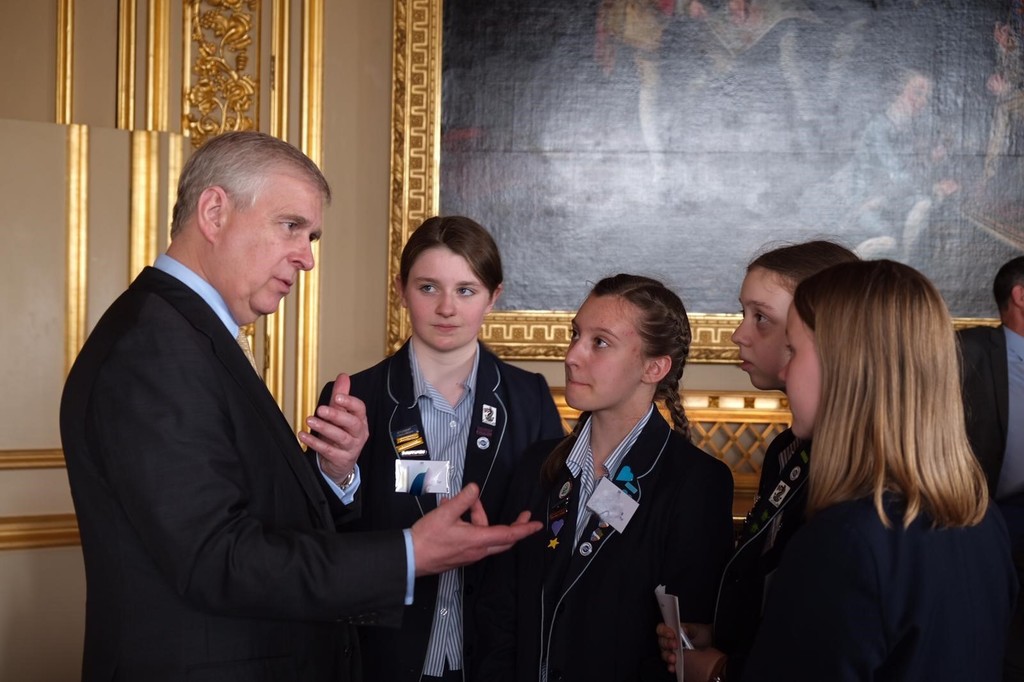 The winners of the National Cyber Security Centre’s (NCSC) CyberFirst Girls Competition 2019, Hertfordshire’s Royal Masonic School for Girls, saw off competition from around the country to crack a series of tough challenges.

The annual CyberFirst Girls Competition is open to girls in Year 8 in England and Wales, S2 in Scotland and Year 9 in Northern Ireland, covering the 12-13 age group. They are tasked with completing a series of challenges involving skills required by GCHQ experts.

Women currently only make up 11% of the global cyber workforce and CyberFirst Girls aims to combat stereotypes with the hope of sparking a life-long interest in the girls who take part.

The Duke of York, said, “At a critical point in your education, the NCSC CyberFirst Girls Competition has encouraged you to make decisions about your future and helped you all to see that girls can do as much if not more than you realised or ever considered.

“During this process you have had your eyes opened to the possibility of pursuing a career in cyber security, and remember, there is nothing you cannot do. Congratulations on all that you have achieved and I wish you every success in your chosen paths.”

Chris Ensor, NCSC deputy director for Skills and Growth, said, “Whether it be coding, cryptography or networking, cyber security is featuring in the news daily. Ensuring the UK has the necessary skills to not only meet today’s demand but one which is only going to grow is hugely important.

“This year’s finalists demonstrated huge amounts of skill in reacting to the cyber challenges we set them at the final in Edinburgh. I hope they have enjoyed today’s visit to Windsor Castle.”

“There are a host of free courses and bursaries available for anyone who is interested in contributing to keeping the UK safe.”

CyberFirst Girls has proved hugely successful, with more than 24,000 pupils taking part since its inauguration in 2016.

This year’s final was held in Edinburgh in March, and the pupils were set a series of puzzles and challenges incorporating the skills used daily by GCHQ experts. The challenges were designed to help develop, nurture and encourage more pupils to think about a career in cyber security.

This year’s competition saw a considerable increase in participation from 2018, with 11,802 pupils taking part – a 162% rise on last year.

Alongside the latest competition, this year also sees GCHQ take on as full-time employees some of the girls who originally benefitted from the CyberFirst Girls programme, for example through receiving bursaries.

Further information regarding the CyberFirst Girls competition can be found here: https://www.cyberfirst.ncsc.gov.uk