WHEN CONSIDERING any fire prevention system there are certain considerations you have to make, delegates to the Fire Safety Scotland seminar were told. 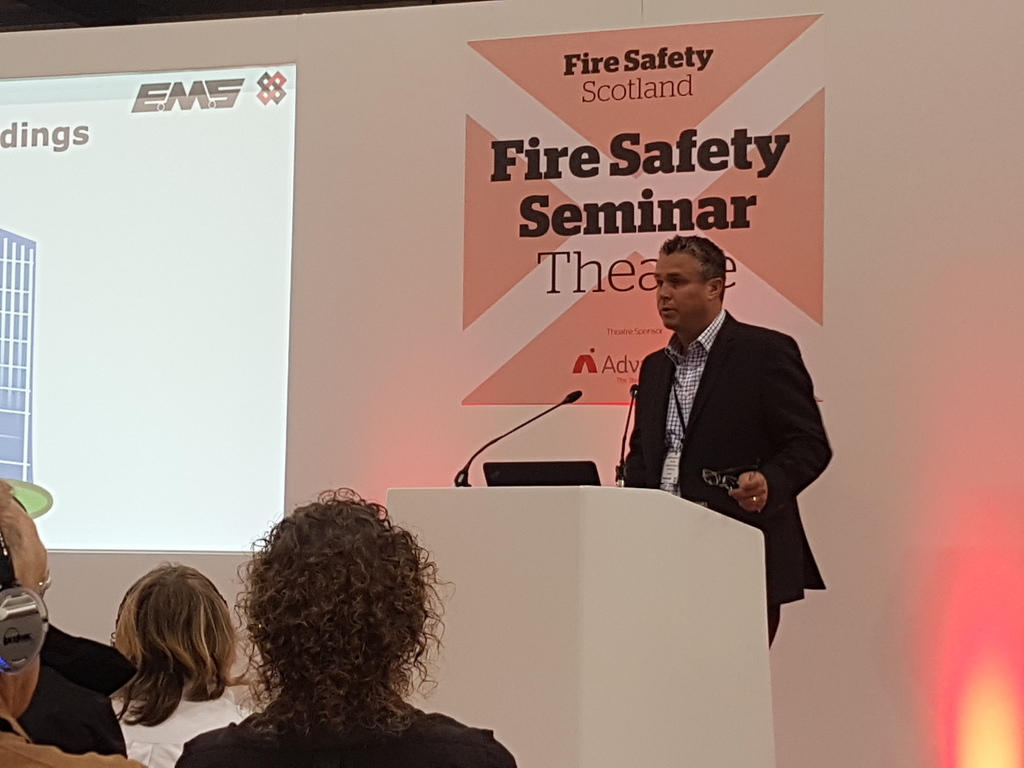 Choosing a fire prevention system is no easy task and there is lots of choice, but this needs to depend on what the needs are for that particular installation.

Regional sales director at EMS Mark Todd outlined some of the things that have to be considered:

Given that it is expected than some 400 tall buildings are going to be built in London in the next four years, it is imperative that fire prevention is taken seriously.

Todd said, “There was an incident in Scotland early this year where residents of tower blocks refused access for fire safety improvements. 47 of the 4,000 flats owned by the council are not fitted with mains powered smoke detectors because the occupants refused to have them fitted.”

Wireless alarms are increasing in popularity and as Todd said, “a smoke detector is a smoke detector. It provides the same level of protection whether it is wired or not, and there's not much of a cost difference. We have no cables involved so it is quicker to install.”