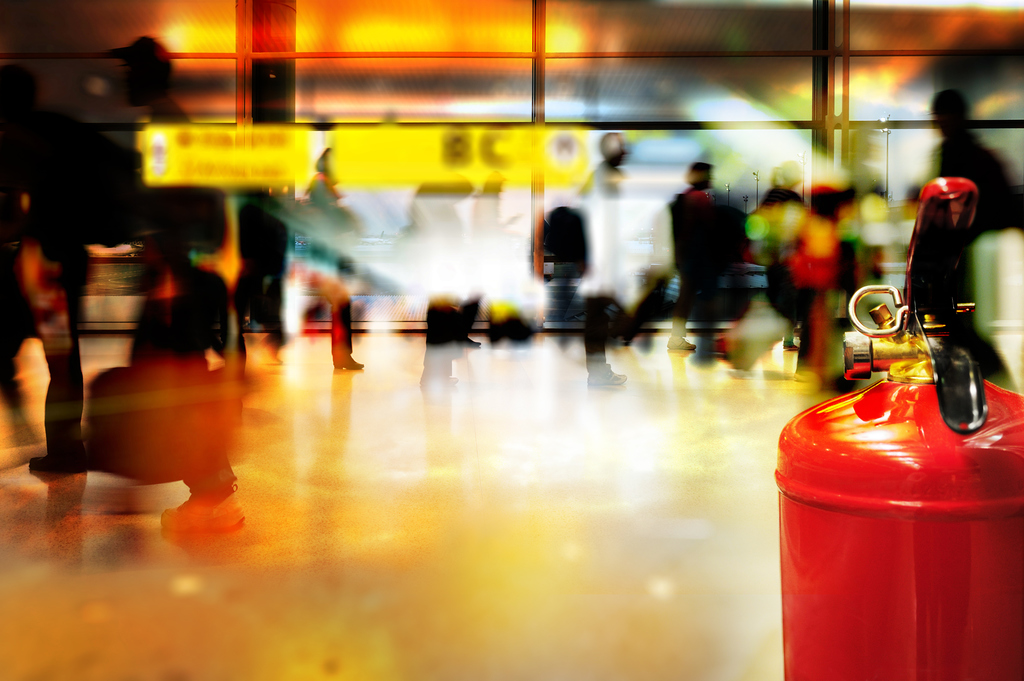 SP101’s MAJOR revision represents a significant step forward for this important scheme, with its introduction this autumn marking further progress in BAFE’s strategy of matching certification-based initiatives with the evolving direction of the fire sector’s response to market demands.

BAFE's work as the independent third-party certification registration body developing quality and competency schemes for the fire-protection industry has entailed a responsibility for ensuring that these schemes retain credibility. The fire-extinguisher maintenance (SP101/ST104) scheme had enjoyed many years of successful application, with relatively few changes related to BS updates, but by 2015 it was clear that things needed to change. Market changes related to issues such as maintenance and service replacement were one reason, while organisations had also been telling us that they required further ways of demonstrating to potential customers that BAFE registration and technician competence represent tangible, meaningful advantages worth specifying.

Following a lengthy market consultation period, BAFE launched its formal review with the creation of a scheme revision group, chaired by Dave Russell of Angus Fire, who has recently also been appointed a vice-chair of the Fire Sector Federation. Although a respected and very knowledgeable fire specialist, he did not, however, bring specific expertise to the table concerning portable fire extinguishers. For BAFE, this was ideal, since it meant Dave brought fresh insight into this area, balanced by background insight borne from his wider industry experience.

Dave Russell’s input in chairing the SP101 scheme revision group has been invaluable, since he was able to listen to the views and concerns of all parties involved in the process, across a broad spread of interested groups. The resulting feedback has enabled us to incorporate a range of improvements, predominantly focusing on delivering a high standard of competent service delivery by technicians out on the ground.

The process of updating the SP101 scheme initially involved a six-month review, pulling together common threads, concerns and ideas among a variety of stakeholders, including contractors, regulators, insurers and others – including end-user specifiers and customers. Following this, the scheme revision group began the task of updating the scheme in April 2016, subsequently submitting a draft in January of this year for a full consultation, which was finalised in April 2017, prior to SP101:2017’s publication this summer.

One of the key areas introduced by the new scheme is an extended range of mandatory competencies, which technicians are now expected to demonstrate. These cover asbestos awareness, basic training in health and safety at work, and a stronger awareness of part 8 in BS 5306 concerning portable fire-extinguisher selection and positioning at premises. The SP101 review process revealed an express need for better-defined proof of technicians’ competencies, following issues raised on this topic.

For example, the ability of technicians to prove they understand different site-based risks and be able to match appropriate types, ratings and numbers of fire extinguishers to these specific risks for the benefit and safety of end users. The scheme revision group also felt that asbestos awareness and health and safety at work should be areas in which all technicians have demonstrable competencies, and that fire-extinguisher technicians will accordingly have to provide evidence of training in these areas to become, or remain, BAFE registered after the scheme is introduced, on 1 October.

Asbestos awareness is important because many registered companies already recognise that their staff may encounter situations where they could be exposed to asbestos within clients’ premises. BAFE considers that every one of its registered fire-extinguisher technicians should have received certificated training in asbestos awareness that prepares them to recognise the types of asbestos, understand the risks and learn how to avoid them. Companies will also be expected to recognise their duty of care and have procedures in place to support their technicians if they find, or are exposed to asbestos in the workplace.

All of this will be implemented through the two main asbestos-awareness training standards recognised by the Health and Safety Executive (HSE), and only training courses approved by either the United Kingdom Asbestos Training Association or Independent Asbestos Training Providers will be acceptable under the SP101:2017 scheme.

Meanwhile, we have also recognised that health and safety training should be included as a formal requirement in its assessment portfolio, since health and safety principles are both a legal requirement and good practice in demonstrating the competence of registered technicians. Registered companies will need to provide certificated evidence that their technicians have been successfully trained on a course accredited by one of the nationally accredited bodies, such as the CITB, RoSPA, IOSH, or NEBOSH. All current BAFE-registered fire-extinguisher technicians will need to complete both asbestos awareness and health and safety at work training within a reasonable time period to be advised.

The new scheme has introduced additional requirements to their understanding of BS 5306-8. This is an important change to the scheme, designed to address a fundamental issue facing people using fire extinguishers for the first time. For example, they may have to decide quickly, often in very challenging circumstances, between water, mechanical foam, powder, carbon dioxide and wet-chemical variants for the type of fire involved.  Therefore, equipment suppliers need to demonstrate that they are selecting the appropriate extinguisher types, quantities and locations to meet this vital need – on behalf of such users – and thereby go as far as possible to negate the problem.

That said, it remains a duty of employing companies to ensure their staff know where to locate the fire extinguishers provided, as well as how to use them in an incident, in order to take full advantage of the equipment for maximum safety value in such a scenario.

The new SP101:2017 scheme enables organisations and their technicians involved with the selection, provision/commissioning, maintenance and recharge of portable fire extinguishers to become third party-certificated and listed as a recognition of their competence, providing clients, insurers and enforcing authorities ‒ including the relevant fire authority and building-control inspectors ‒ with confidence in the quality of this work.

The scheme now offers a dual-route option to gaining certification: organisations can achieve it via an ISO 9001 certification (to the scope of SP101), or a Management System audit (in accordance with SP101 Clause 8). But both routes cover exactly the same content, are as rigorous as each other, and use the same audit criteria for fire-extinguisher and company competencies.

The thinking behind the two routes is that organisations that do not wish to have the rest of their business assessed to ISO 9001 don’t have to, and it also offers organisations flexibility without compromising quality standards. For instance, the ISO 9001 route may suit larger organisations, while the management systems route could be more attractive to smaller ones.

Another area identified by the SP101 scheme revision-group chairman, Dave Russell, as being a key addition to the new scheme is an element of retrospective auditing, which will be conducted in future by the third-party certification bodies. In addition to an annual assessment of each certificated organisation, these bodies will carry out retrospective auditing of the work completed by the organisations’ technicians, selected on a sampling basis. A driving factor behind this element of the new scheme was the demand for additional built-in assurances for service specifiers, to provide them with tangible reasons to specify certificated technicians, as well as for BAFE to be seen to be proactively monitoring its own scheme’s quality standards.

Following its October introduction, SP101 will have an ongoing monitoring group, whose terms of reference will include reviewing the three new areas of extended technician competencies (e.g. asbestos awareness and health and safety training) and assessing the potential for adding to them in the future, as the need arises. The monitoring group, which will meet regularly (starting in early 2018), will also consider practical changes and improvements based on actual practice with our registered organisations.

Extinguishers remain a vital part of life and property fire protection, and regular checks are vital to ensure that they are still working correctly, in the right place and suitable for the risk. Technicians must do much more than just check the ‘tin can’, and the ongoing development of this and related schemes and competencies is vital.