POLICE FEDERATION national board members spoke at the Emergency Services Show in Birmingham on the theme of police officer wellbeing. 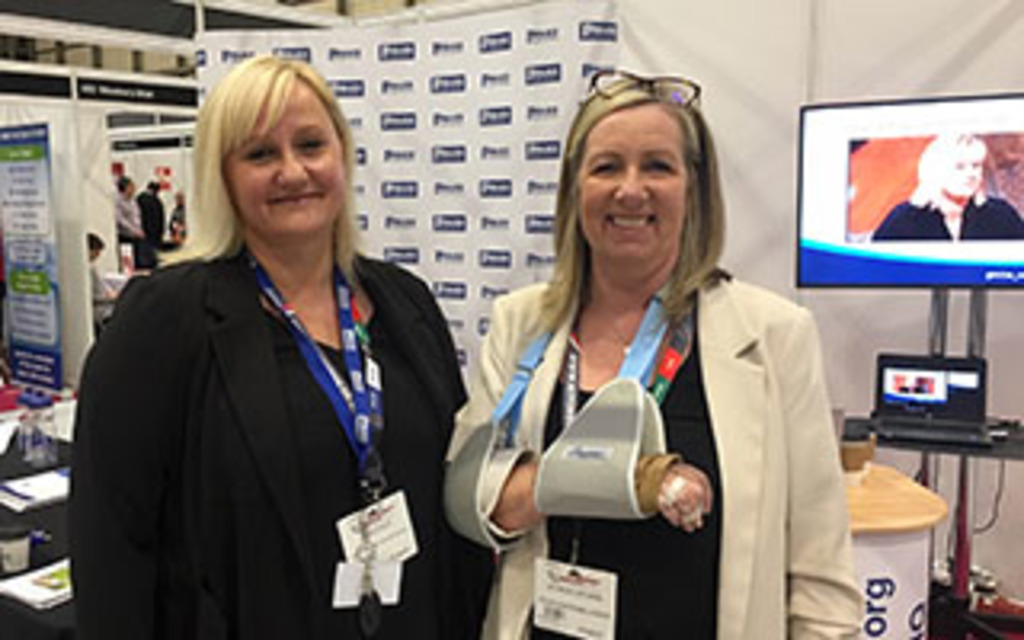 Hayley Aley and Belinda Goodwin, spokespersons for women and wellbeing respectively, gave presentations at the two-day event, which took place at the Birmingham NEC on 18-19 September – whilst also engaging with many of the show’s 8,600 visitors at a Police Federation stand.

Ms Goodwin, who spoke to an audience of police and officers and stakeholders, explained the Federation’s wellbeing strategy, which focuses on four key strands: physical and mental health, financial and general wellbeing.

She said, “We need to get to a position in policing where officers are regarded as the assets they undoubtedly are. We already look after cars, fleet and equipment as police officers, but we’re not always good at looking after ourselves or holding senior leaders to account for our wellbeing.”

Ms Goodwin’s talk touched on treatment centres and fatigue – asking why it is that medical professionals on night shifts are permitted a powernap but not the police. She also touched on the culture change of recent years which has seen the loss of police canteens and colleagues socialising, which have traditionally been ways for officers to let off steam and unburden themselves about the stresses of the job. She added that one of the biggest factors in mental ill-health, outside of trauma, is financial stress and therefore the Federation is working with Police Mutual and partners to assist officers and the families in difficulty, by helping them reduce their bills.

Ms Aley presented on the second day on the need for employers to better support staff who are transitioning through the menopause. She explained why the Federation had found it necessary to survey police officers and staff on their views and awareness of the condition. “We knew what problems our colleagues were facing but we had no data to take to chief officers to tell them how and why they needed to make changes – as police officers we work on evidence so our national menopause survey was vitally important,” she said.

PFEW gathered 6,315 responses and worked with the College of Policing to produce national guidance for police forces, which can be shared across the emergency services, Ms Aley continued. She described common symptoms – poor concentration, memory loss, weight gain, tiredness, hot flushes and others – and how forces are being encouraged by the Federation to make reasonable adjustments. Ensuring that male managers as well as females are informed and empowered to support staff is key to retaining officers.

“We’ve seen experienced officers leaving the police service because we are making it too difficult for them to transition and still do their job. To lose these officers after 15 or 20 years’ service – to see that experience walking away – is a travesty.”