The Mythical silver bullet is something which every business owner and security adviser are constantly in search of as a single weapon which will solve all of retail crime, says Lee Wallace. 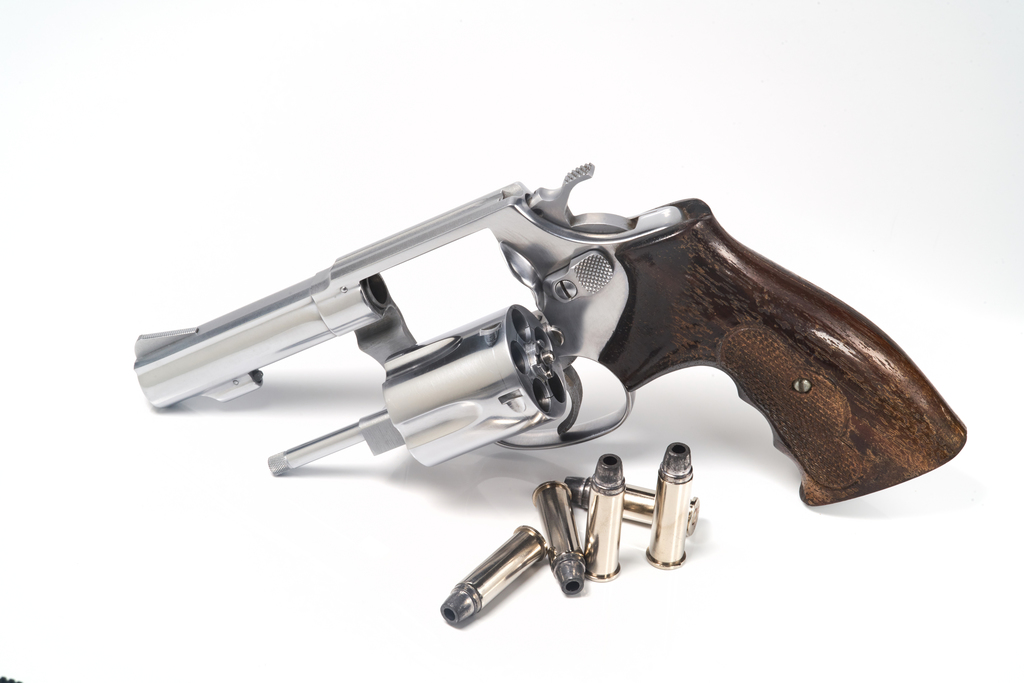 THE ABOVE headline may have enticed hope that there is some magical single security measure which will eliminate retail crime, but unfortunately I have no such news this time and the answer to retail crime is now possibly even more complicated than ever.

The reason is that the retail business is under attack from multiple fronts from a very diverse criminal network who are using many different tactics to obtain financial gain through unlawful means.  A business a needs a combination of physical security, electronic security, tight operating procedures and also intelligence on the latest Modus Operandi of the criminals in the constant fight against crime.

Every business is different and every business will require a greater or lesser degree of protection under the above headings, however I would like to give a flavour of what businesses should be looking at.

The idea of your shop security is to ‘target harden’ your business to criminal attack while maintaining the balance of still being able to operate your business in a welcoming and friendly manner to your genuine customers.

I think the best starting point when considering your security needs is to ask yourself what are your vulnerabilities?  Put yourself in the shoes of the criminal and ask yourself how would you commit a crime against your business?  Take a look at your security and procedures as you can be sure that is exactly what the criminals are doing.

Very often businesses can put a financial cost or aesthetics before security value when designing the retail environment.  When designing or upgrading physical security the latest methods of attack and tools being used need to be taken in to account.

With physical target-hardening in mind there are a number of things businesses can do, with the following being just a couple to consider to make the job of the criminals harder.

Display windows are used by retailers to display stock to customers and also the criminals.  Most premises have glazing in the display windows of laminated Anti Bandit glass, hopefully of at least 11.5mm (standard P4A) in thickness, and feel that this offers good protection.  Unfortunately the reality is that this glass can fairly easily be breached with the use of fire axes and the like, not to mention some power tools, and shops should give very serious consideration to replacing with better quality glass which is now available, especially if high value watches are on display.  Glass is now available with a Poly-Carbonate interlayer (standard P6B or P7B) giving protection of at least 10 times that of 11.5mm laminated anti bandit glass.  Although a thicker glass this can often be stepped to fit existing rebates of 11.5mm glass.

Most internal display cabinets are glazed with toughened glass.  This is good from a safety point of view as when this is broken, it shatters completely into small, predominantly blunt pieces so anyone falling into the glass should stay largely unhurt.  However, this is also very convenient for the criminals who, when in a premises, are able to smash the glass with nothing more than a hammer giving complete access to all the contents therein.

Security fogging is a widely under utilised weapon in the security arsenal to prevent and limit both robbery and burglary losses. When activated a good system will fill the target area with a dense fog which prevents the criminals seeing the target goods and also has the effect of driving them out of the premises.

Therefore, it is imperative that you have the best electronic security to help detect the attack as soon as possible. This will primarily be the intruder alarm system, which should at a minimum give good space and perimeter protection. Remember that if a safe is located against either an external wall or a party wall with a neighbouring business then attacks have happened on safes through these walls.  Such safes should have as a minimum an alarm limpet fitted to the safe and possibly in addition vibration detectors fitted to the walls.

All the detection equipment is only as good as the signalling system used to notify the response, again in most cases this will be police response via an alarm receiving centre.  For the jewellery trade it is therefore very important that the signalling method used is a Grade 4 Dual Path signalling system.  The grade of the signalling is important as this determines the frequency that the  notification channel is polled to ensure its integrity.  In basic terms this is checking that telephone cables have not been cut and mobile phone signals have not been jammed, both of which criminals will try and do to prevent the intruder alarm system requesting a response.  Grade 4 check the integrity of the primary signalling path and report within 3 minutes. It is also important that the signalling system has been independently tested and passed the European standard as there are a very large number of new signalling systems on the market with many using IP (internet protocol) or in other words Broad Band as a cost effective way of polling the line integrity.

CCTV has been used for many years with limited deterrent success and probably even less success in obtaining prosecutions.  However with the advent of HD CCTV cameras  the police are better equipped to make positive identifications and the more HD cameras go in to operation then the better chance of them working as a deterrent.  Businesses should also look to have the CCTV monitored by a central station in the same way as the intruder alarm system is.  This would give the police very good information in responding to a premises as they will know what they are responding to and even possibly what vehicles have been used and in which direction they have left the scene.  Famously the police failed to attend Hatten Garden safety deposit centre burglary however, had monitored CCTV been in operation in Hatton Garden then the loss almost certainly would not have been successful as the police are very unlikely to ignore or not respond to a crime being described to them in action.

I think we would all agree that the most valuable item to its business are its staff and we must not lose sight of this.  Morally I personally feel that your staff should be afforded the best protection you can give them, not to mention your requirements for workplace health and safety.  As such the above mentioned security fogging generators are a very good method of protecting your staff. The shorter the time the criminals are on the premises, then the less time they have to hurt your staff. But I would also strongly recommend that business look to obtain portable personal attack buttons which can either be connected to the premises main intruder and hold-up alarm system or separate lone worker devices can be purchased.

Deterrents are possibly one of the must under used weapons against crime. This is something which whilst not necessarily going to stop or slow down an attack, it is something which may make a criminal think twice about attacking your business.  While not a perfect science, deterrents such as SelctaDNA advanced forensic marking which includes intruder sprays can put criminals off attacking one premises and send to them to another if prominently signed as being used.  If you have time locks on your safes, again advertise the fact by having signs in prominent places so the criminals will see them when they carry out their reconnaissance.

I mention procedures in almost everything I write about security and usually the cheapest or cost effective form of risk improvement. You can have the best physical and electronic security in the world, but if your procedures are week then you are vulnerable.  I would go as far as to say that procedures are probably your most important aspect of your business security.  Businesses often get complacent, trained staff leave and new staff are perhaps not trained to the same extent. Staff training is paramount and how you operate your business is key to keeping both it and your staff safe. Consideration should be given to external training companies to regularly come in and train staff, especially when you have new starters. Have a constant review of your procedures looking for your weaknesses, as the criminals are certainly doing this of your business looking for any opportunities and vulnerabilities.