ONE OF the UK’s fastest growing and most quirky fashion retailers, namely Sock Snob, has selected cutting-edge Taurus wireless fire devices from Hyfire to protect its flagship warehouse in Leicestershire. 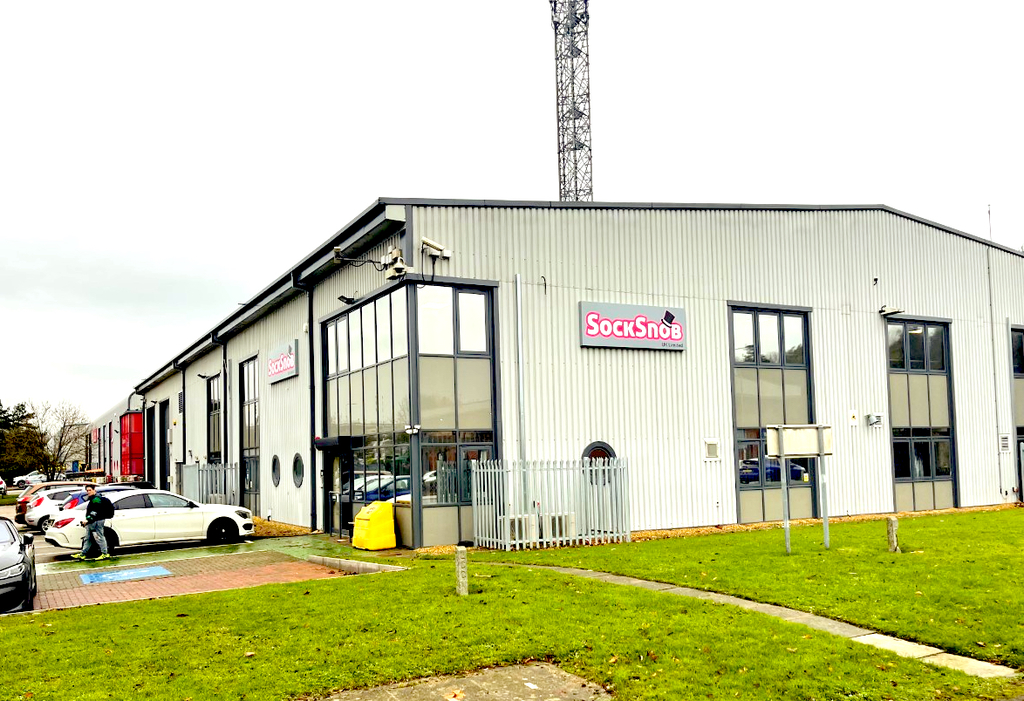 Launched back in 2011 by founder Lindsay Doughty, specialist sock store Sock Snob has grown rapidly by selling from its own website, Amazon, eBay and other locations. The company moved to its new warehouse in Meridian, Leicester only this year and, when insurers specified an urgent upgrade was necessary for the fire safety system, Hyfire wireless devices were selected and linked to an Advanced MxPro5 fire panel.

Tom Warrilow, sales consultant at Nottingham-based APS Security & Fire, which installed the new system, commented: “Not only were we required to install this system as rapidly as possible in order to fulfil the conditions of Sock Snob’s new insurance policy, but it also had to be done while the busy warehouse continued to operate at full capacity. We also wanted to minimise time on site due to the pandemic.”

Warrilow continued: “The Taurus wireless devices are simpler to install in a large industrial or logistics unit, such as this one. They can also be pre-programmed off-site. Wiring is reduced by up to 90%, so there’s less need for scaffolding and internal disruption.”

Hyfire offers a range of commercial standard wireless fire devices from optical, multi-criteria and heat detectors through to notification, alarm, interface and control units, all of them fully certified to EN54. All products are fully compliant with BS 5839 Part 1.

Fire panels are wired via a loop to translators, from which wireless devices can be used on their own to build fully wireless systems of virtually any size, or otherwise mixed with Hyfire’s wired products to provide seamless hybrid solutions, in turn offering total flexibility to specifiers and installers.

Chris McGregor, Hyfire’s regional sales manager, stated: “Although this was a relatively simple wireless fire system covering the warehouse, mezzanine floor and office areas, the client needed everything to be installed and commissioned as rapidly and efficiently as possible. Working closely with the APS Security & Fire team, we were able to make it happen in a very quick time.”

McGregor continued: “Thanks to our management team anticipating high demand for the new Taurus range, we were able to provide all devices from our UK warehouse stock. At the moment, we’re guaranteeing a two-day turnaround on all items in the Taurus range.”

Developed in Trieste, the Taurus solution features Pathfinder Technology, which allows the devices to communicate over 1 km, point-to-point in open air, and even further where expansion hops are used. Antenna technology has been optimised to allow communication across different frequencies and environments, which means that Taurus can do the job with less equipment and less batteries. This then saves on costs.