AS PART of a project to revitalise a semi-abandoned Venetian suburb, and transform the district of Mestre from industrial precinct to recreational hotspot, HTM Hybrid Tower has undergone an extensive redevelopment. 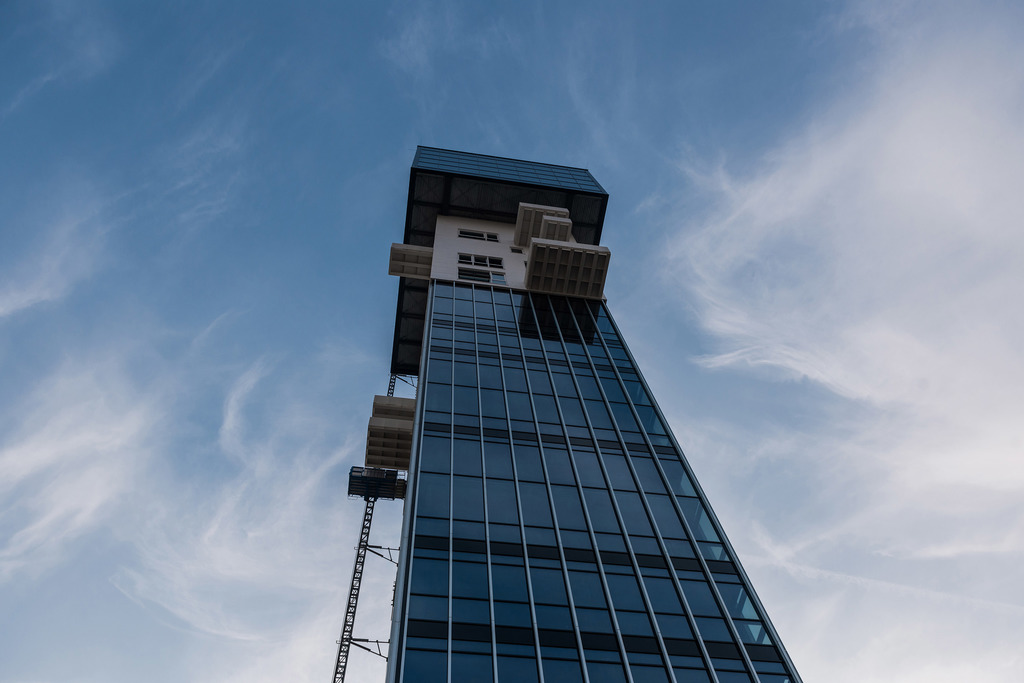 The project was supported by Hochiki Italia, the Italian arm of leading life safety systems manufacturer, Hochiki, who were selected to provide solutions that would protect this now iconic building and its occupants.

HTM Hybrid Tower is the tallest building in the Venice metropolitan area, standing at 84 metres tall. The redevelopment of the tower, which was previously occupied by one of Italy’s most prevalent transport providers, cost €18 million in total.

The 19 floors of the HTM Hybrid Tower are comprised of commercial offices, a beauty centre and residential and retail environments, as well as dining and garage spaces. Comin Impianti srl, a local civil and industrial systems installer, was selected to specify solutions which would meet the needs of such a versatile building.

The installers chose to specify Hochiki fire detection systems which would suit each of the different environments within the tower. Working closely with Comin Impianti srl, Hochiki Italia identified a need to use solutions that could be networked with one another via multiple control panels, programmed in a way so that each device is interconnected.

It was also essential that the system was capable of identifying issues and reasons for alarm quickly, to give building occupants as much warning as possible.

Hochiki Italia specified a range of solutions from the Enhanced Systems Protocol (ESP) range to meet these challenges. The collection of intelligent, addressable fire detection and alarm equipment offers HTM Tower high performance and reliability, combined with an enhanced open protocol, giving building owners the added control of their systems.

Over 180 ALN-EN smoke detectors and ten ACC-EN multi-sensors were installed throughout HTM Hybrid Tower. The devices can all be controlled from eight panels networked so that, in instances where there is cause for alarm and/or evacuation, only affected zones will be notified.

In addition, Hochiki’s devices offer both visual and audio alerts, which can be individually managed so only one operates in a given zone when needed, reducing the need for a full building evacuation for minor incidents.

Ezio Danese, Project Manager at Hochiki Italia noted: “Mixed use sites like the HTM Hybrid Tower require a range of complex devices. As well as solutions that offer unrivalled reliability, it is essential to use products that can be networked to suit specific environmental considerations.

“A restaurant kitchen will require very different levels of monitoring compared to a garage space, and these variables need to be monitored and controlled. The Hochiki ESP range allows building owners to do just that, giving them a control system that can be tailored to ensure optimum performance.”

Angelo Comin, owner of Comin Impianti srl said: “The HTM Hybrid Tower is a contemporary, hybrid project, where multiple functional levels co-exist. Protecting such a complex structure from the risk of fire was a challenge. However, the fact that Hochiki systems are able to communicate on the network was a key element in the specification process”

“It is also an added benefit that the solution’s audio and visual capabilities can be managed separately which helps avoid unnecessary panic in case of a false alarm.”

Hochiki systems are now installed and fully operational throughout the occupied floors. To find out more about Hochiki’s intelligent range of products, visit: www.hochikieurope.com/esp.