FOLLOWING THE Grenfell Tower disaster in June 2017, where 72 people lost their lives, high-rise building owners and operators across the UK have been charged with ensuring that fire safety and evacuation procedures are the absolute best they can be in their buildings. What’s the current state of play? Hochiki Europe has the detail. 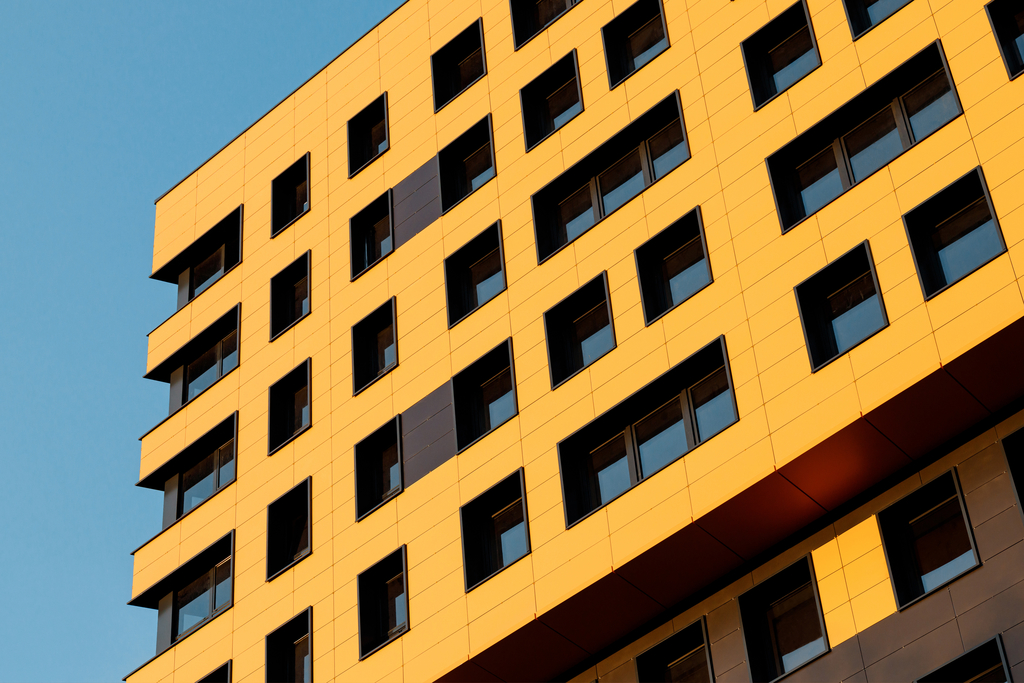 Government funding was put in place to remove and update dangerous cladding and, in October 2020, ‘Waking Watch’ schemes were launched by the National Fire Chiefs Council in order to help keep residents safe.

However, these schemes were never meant to be a long-term solution. The Government, along with leading fire safety experts and bodies, agree that technology is the key, with modern fire alarm devices and efficient evacuation systems now in place to ensure the absolute safety of building tenants, as well as reducing the cost to leaseholders of these expensive ‘Waking Watch’ schemes.

What is ‘Waking Watch’?

‘Waking Watch’ involves teams of trained fire wardens monitoring buildings on a 24-7-365 basis, both inside and out, to determine if a fire has broken out. The ‘Waking Watch’ teams are tasked with raising the alarm and assisting residents of buildings in evacuating calmly and safely.

However, this scheme was never meant to be a permanent solution due to the risk of human error. Particularly worrying is that ‘Waking Watch’ wardens are not permitted to enter individual dwellings. Remember that it was a faulty fridge-freezer inside an apartment that tragically started the Grenfell Tower fire.

In December 2020, the Government announced a £30 million ‘Waking Watch Relief Fund’ to help pay for the installation of fire alarms in high-rise buildings with dangerous cladding. The Government also established the £1 billion Building Safety Fund in May 2020 to pay for the removal and replacement of unsafe Aluminium Composite Material (ACM)-style combustible cladding systems on high-rise residential buildings in England over 18 metres in height. Applications closed on 30 June last year.

Then, in September 2021, the ‘Waking Watch Relief Fund’ re-opened to applications using an additional £5 million of funding. This application period closed on 10 December.

Third round of applications

A third round of applications was opened in January 2022 under the ‘Waking Watch Replacement Fund’, with an additional £27 million being made available by the Department for Levelling Up, Housing and Communities. This funding can now be used to pay for the installation of fire alarm systems in buildings of all heights, rather than just being limited to those over 18 metres.

As a result, this means that hundreds more buildings where leaseholders and residents have been forced by their freeholders to pay for costly fire safety patrols will now be able to install fire alarm systems instead, at no cost to themselves, in turn saving residents (on average) circa £163 per month.

With continuing media coverage and political pressure to make buildings safer as a matter of urgency, a great deal of progress was made last year. According to the most recent Building Safety Fund update from the Government, by the end of December last year, 93% (ie 449) of all those identified high-rise residential and publicly owned buildings over 18 metres tall in England had either completed or started remediation work to remove and replace unsafe ACM cladding.

With regards to the ‘Waking Watch Replacement Fund’, £27.3 million of funding approved by December 2021 covers 323 buildings and an estimated 24,800 leasehold dwellings.

Advice issued to local authorities and housing associations by the Government recommended a range of measures including the provision of communal fire alarm systems to provide early detection.

The National Fire Chiefs Council has commented: “An appropriate communal fire alarm and detection system will generally provide more certainty that a fire will be detected, and residents warned at the earliest opportunity, rather than relying on using trained staff.”

For anyone responsible for high-rise buildings where there is potentially dangerous cladding still attached, it should be the Number One priority to apply to the Building Safety Fund and have this cladding replaced with safe materials, as well as strive to replace ‘Waking Watch’ patrols with a more efficient and safer fire alarm system.

As a business, Hochiki is working with several companies to install the next generation of wireless fire alarm devices in high-rise residential buildings across the country. These wireless systems provide the exact location of where the detector was activated, allowing for early detection. Due to being wireless, they’re also easily installed as no cabling is required.

Using the latest in radio networking technology, the Ekho solution provides a robust ‘always on’ network of devices which automatically adapt to changing environmental conditions. It was this that led FAFS Fire and Security to choose Hochiki for its latest project in a North London Borough where the business was tasked with installing a new life safety system in place of the ‘Waking Watch’ scheme operated in several high-rise multiple dwellings.

The site in question is huge, with six buildings each harbouring 16 floors. A ‘Waking Watch’ team of six members patrolled the stairs, corridors and communal areas of these buildings at a cost of £10,000 per week. The Ekho devices were installed to provide 24-7 monitoring in place of manual inspections. The devices were connected to an existing control panel via a hard-wired Translator. With the rest of the system being completely wireless, the project was carried out with minimal disruption to residents.

Kevin Dodge, sales account manager at FAFS Fire and Security, stated: “The Ekho range offered a wireless solution which allowed us to work around issues such as cabling inside private spaces. Being wireless, Ekho still allowed for early detection and, most importantly, detection outside of the building on cladding thanks to the installation of heat sensor devices adjacent to every single window, including the windows for individual dwellings. This meant that there was an early detection system in place.”

Dodge continued: “We also installed devices on all corridors, in the stair wells and for the communal areas and exits. Using the Hochiki technology in this way affords the residents peace of mind that the new system is ‘always on.’ From our perspective, the Ekho range is extremely dependable and much more cost-effective than the existing ‘Waking Watch’ scheme.”

*Building owners, ‘Responsible Persons’ in charge of fire evacuation systems in high-rise buildings or installers working with such customers who want to learn more about how intelligent fire detection systems can become part of their next fire safety project should visit www.hochikieurope.com