The police service and the private security sector are increasingly working together in using the Community Safety Accreditation Scheme, which serves to extend the ‘police family’ to keep communities safe and free-up front line police officers to concentrate on their crime fighting priorities. Guy Ferguson explains what the CSAS is, how it works and how effective it has been in three very different CSAS ventures during the COVID-19 lockdown and the subsequent gradual lifting of restrictions 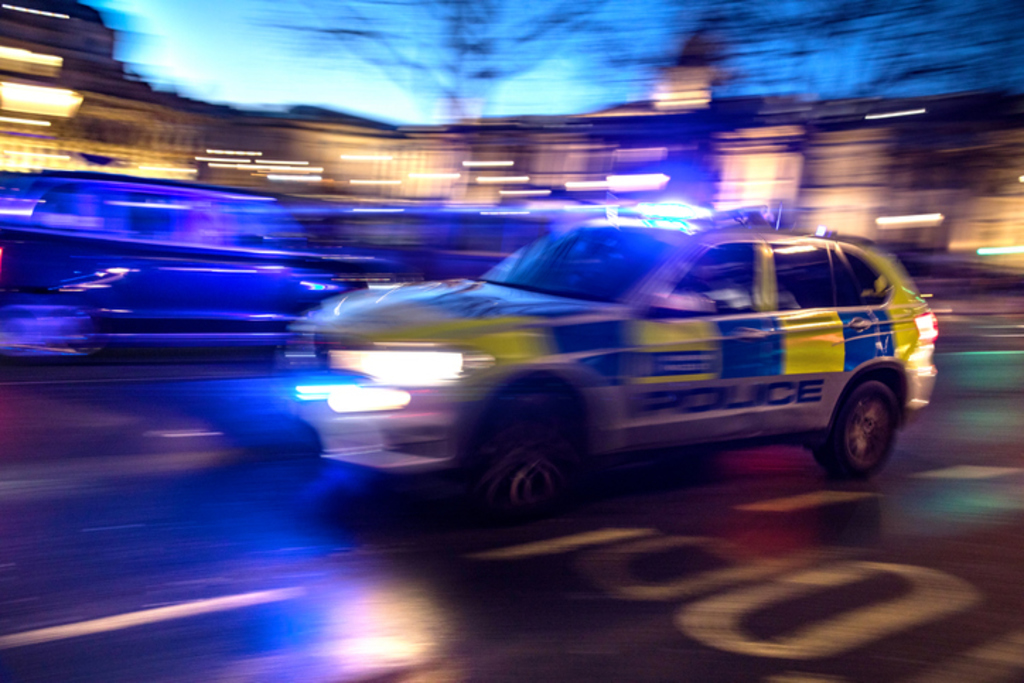 THE COMMUNITY Safety Accreditation Scheme (CSAS) accredits private security company employees, who are already working in roles that contribute towards maintaining and improving community safety, with limited but targeted powers usually only available to police officers.

These powers are many and varied. They include being able to request an offender’s name and address, control traffic and deal with begging as well as issue a fixed penalty notice and penalty notice for disorder.

Accredited persons wear distinctive security uniforms of their employing organisation and must carry an identification card which sets out the powers they’re trained and authorised to use. Failure to comply with an authorised request from an accredited person is an offence.

Working directly for companies well-versed in managing the complexities of providing security, stewarding, crowd and road management services, CSAS-accredited employees are on duty at some of the country’s largest sporting, cultural and music events. These include football and rugby matches, golf tournaments, tennis championships, cycling, road-running, motor racing and equestrian events as well as major concerts and festivals.

Specifically, the CSAS is a voluntary scheme contained in Section 40 of the Police Reform Act 2002 and came into operation back in 2004.

The role of assessing private sector companies seeking approval to run a CSAS is carried out on behalf of the National Police Chiefs’ Council by Police Crime Prevention Initiatives (PCPI), a police-owned organisation that works on behalf of the police service throughout the UK to deliver a wide range of crime prevention initiatives. PCPI carries out checks to establish whether security companies are ‘fit and proper’ to exercise CSAS powers and then completes an assessment with recommendations to chief constables in the area that the scheme will operate.

It’s chief constables in England and Wales who decide whether to accredit employed people with targeted powers. All schemes are managed and monitored at a local level by the accrediting police force.

Working in partnership with the police, the CSAS significantly increases the number of businesses and organisations, such as security companies, able to deliver services that assist the police service. Its benefits include the reduction of low-level crime and disorder, assisting police services by easing demands on their time and resources, increasing the uniformed presence on the streets to enhance public confidence and reassurance, building a two-way exchange of information and intelligence and enabling the police to influence the training of businesses. In addition, it capitalises on the skills and information of those employees already engaged in maintaining and improving safety in local communities.

Coventry-based Cash and Traffic Management (CTM) deployed its CSAS-accredited employees to control traffic at the launch of the NHS Nightingale Hospital Bristol, which was opened via video link by HRH Prince Edward, the Earl of Wessex, in April. Providing up to 300 intensive care beds, it was the seventh Nightingale Hospital to be set up around the country for Coronavirus patients, in turn providing vital extra capacity for local hospitals should they be needed.

CTM’s Kath Sprosson, head of CSAS operations and development, said: “CTM is proud to have been involved with NHS Nightingale Hospital Bristol by delivering ongoing parking and access control operations through our CSAS-accredited traffic officers and the operational management team. Our team has supported the NHS and ambulance teams in devising, developing and operating the traffic plan to take into account changing priorities during the build and operational phases at the hospital.”

Avon and Somerset chief constable Andy Marsh responded: “The COVID-19 pandemic has generated a great deal of pressure on policing and wider public services. I’m pleased that the CSAS scheme can be used to enable trained and accredited people to assist in a programme of work as important as the brilliant Nightingale Hospital. It’s a project of which our communities can be immensely proud.”

Private security company Eboracum, which runs a team of Street Rangers on behalf of the York Business Improvement District (BID), was specifically asked by owners and managers of around 200 businesses in the city to carry out patrols to help protect their premises while they remained empty during the COVID-19 lockdown.

The Street Rangers adapted their long-established joint patrols with the police by joining police officers on bicycles at night to patrol York city centre. Eboracum’s managing director Carl Nickson said: “We haven't had many incidents, but I think that’s because of the deterrent that we help provide.”

Andrew Lowson, executive director of the York BID, commented: “York’s Street Rangers are doing a really important job in challenging circumstances and we’re extremely  grateful for their work and dedication.”

Commissioned by the North London Waste Authority (NLWA), the Combined Services Provider (CSP), a Watford-based traffic management, stewarding and security company, had just one week from initial enquiry to live operations to design and implement detailed plans for the re-opening of six waste and recycling centres in North London. Each plan had to be approved by the respective local authorities and the Metropolitan Police Service and traffic signage manufactured.

At the same time, CSP was asked by Surrey Police to assist with eight waste sites – four of them requiring staff with police powers. Tony Nikolic, managing director at CSP, informed Security Matters: “We have several sites looking to extend our presence on-site and re-book our services in the future.”

Surrey Police chief constable Gavin Stephens explained: “This scheme has provided extra support to waste recycling centres and lessened any impact on nearby communities without using up the valuable time of our local officers who are working hard to keep everyone safe.”

Superintendent Elisabeth Chapple of the Metropolitan Police Service added: “CSAS-accredited persons, whether they’re members of private companies or public organisations, play a role of growing importance and benefit to the community. This example shows the flexibility of the CSAS in challenging times.”

Andrew O’Connor, head of strategy and services for the NLWA, stated: “With the help of CSP’s CSAS operatives, we were able to implement robust plans on the approaches to the sites which prevented excessive queuing and minimised any impact on the road network. We were very grateful for the support they gave during something very new for all of us.”

Also involved in the reopening of waste and recycling centres were staff from Liverpool-based Paramount Stewarding and Security. They helped manage traffic diversions and vehicle queues at four sites on Merseyside to ensure residents used only designated and coned lanes to the centres, rather than usual access points, and directed non-site traffic to through routes.

Paramount Stewarding and Security’s director Christine Fletcher said that the provision of staff involved in the easing of Coronavirus restrictions has proved a vital role. “In times of uncertainty and worry, the public seek out reassurance and guidance from those on the front line. Our staff have found that a friendly face providing strong and clear instructions has been welcomed by the public. Where they’ve been confused by any ambiguity and mixed messages around the easing of restrictions, we’ve been able to guide people in the right way and with the right amount of support.”

Fletcher added: “The public thanked our CSAS teams. Some have been glad of someone to point them in the right direction. Others have been pleased that we managed the traffic well and defused situations that could have deteriorated, while some have been so nervous about leaving their house that they were just relieved to see a friendly face.”

The provision of the CSAS relies on well-trained staff who meet all of the necessary regulatory requirements. PCPI’s own Police Crime Prevention Academy (PCPA) has formed a national CSAS Trainers Working Group which has developed a Code of Conduct to ensure CSAS training is delivered to the right standard. CSAS training companies can apply to be ‘endorsed’ by the PCPA, providing reassurance to those companies seeking training providers. PCPA-endorsed training providers are listed online at www.crimepreventionacademy.com

The CSAS is known widely among private security companies and by the Security Industry Authority. PCPI has assessed 120 companies seeking to run a CSAS whose employees have gone on to assist chief constables with the running of events in their local police force areas.

The impact of traffic management powers has led to a significant increase in the use of the CSAS and we’re also seeing more requirements for it in security contracts across the guarding sector. Local authorities are using the CSAS extensively around the country. This year, we’ve seen a steady increase in the number of applications for the CSAS with a constant stream of companies renewing their CSAS licences, too.

Put simply, the CSAS is an excellent route for swiftly providing properly trained and accredited staff to assist in policing duties, which then enables warranted police officers to be deployed elsewhere. CSAS-accredited officers are now accepted as part of the extended police family and make a valuable contribution towards public reassurance, reducing crime and disorder and traffic management at events.

It has been extremely pleasing to note that the CSAS initiative has been on the front line and actively helping out during the COVID-19 crisis.