THE SUBJECT of competency in relation to fire safety was brought to the fore in the wake of Grenfell Tower and Dame Judith Hackitt’s Independent Review of Building Regulations and Fire Safety. Here, Justin Maltby-Smith discusses the importance of confirming competency and individuals’ responsibilities within the ‘golden thread’ of fire safety. 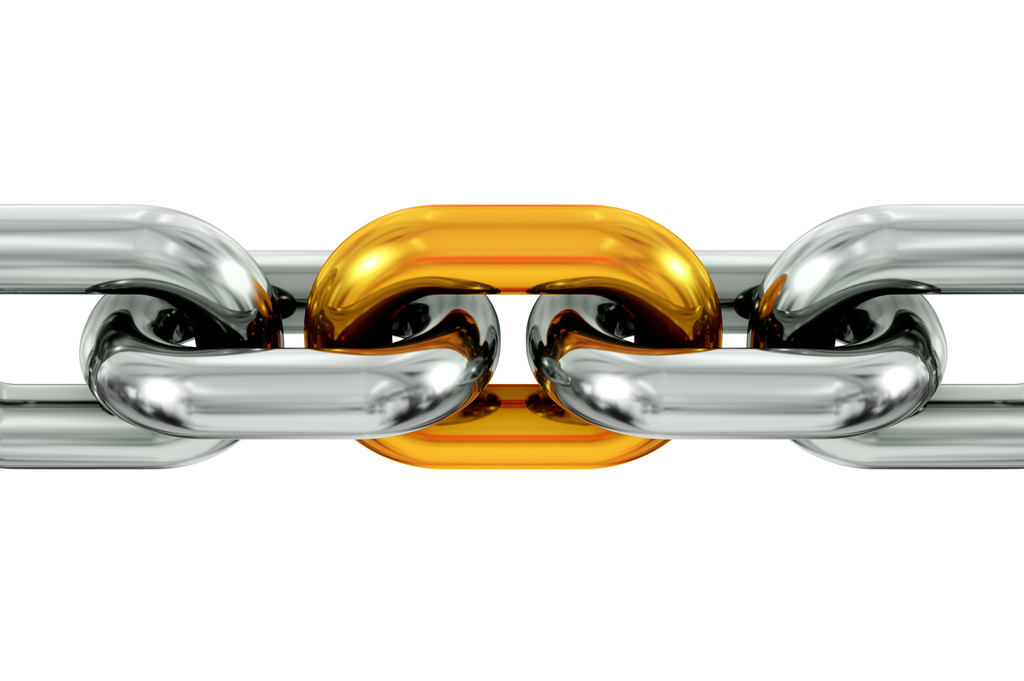 Since joining BAFE back in January, it has been clear to me that this organisation is firmly focused on educating both the market and those directly responsible for the fire safety of premises about the importance of competency. This undoubtedly supports and complements our primary role as the organisation tasked with establishing and maintaining competency schemes in the fire safety sector.

While third party certification is noted in multiple guidance documents currently available, it still remains the case that it’s not fully understood. This is a key issue to be addressed if working practice is to markedly improve in the interests of enhanced fire safety.

Published in October 2020, the Competence Steering Group’s 164-page final report entitled ‘Setting the Bar: A New Competence Regime for Building a Safer Future’ highlighted the importance of individual competency. What’s crucial to add, however, is the point that organisations, where appropriate, should also “be required to demonstrate that they employ competent staff who are properly assessed, managed and supervised. This can be achieved by third party certification of the service provided by the organisation or of the competence management system operated by the organisation.”

Put simply, an organisation operating a suitable management system will support skilled individuals through the ongoing requirements to observe up-to-date standards and Best Practice when it comes to transacted tasks.

BAFE’s ‘Don’t Just Specify, Verify!’ campaign has been a development of our stance to help educate appropriate behaviours among those individuals responsible for fire safety. There is a widespread industry belief that quality evidence of competency (ie UKAS-accredited third party certification) can only help to improve the overall level of fire safety work being performed.

Members of the BAFE team were present on Stand E12 in Hall 3a at The Fire Safety Event in Birmingham and discussed areas of fire safety. A key matter of focus for myself was the subject of fire risk assessments.

The role of the fire risk assessor is a skilled and, quite frankly, underappreciated one, which should at the bare minimum hold mandatory expectations for demonstrating competency to fulfil this work (such as the aforementioned UKAS-accredited third party certification).

The only dispensation that should be permitted here is for new entrants to the market so as to allow a suitable pathway for a new wave of fire risk assessors (with suitable controls and supervision put in place). Third party certification should still be required once a body of work is established for assessment.

My previous tenure within the electrical contracting sector witnessed exactly that. In 2005, the Government introduced electrical safety rules (Part P) into the Building Regulations for England and Wales. As a result of this change, most fixed electrical installation work in dwellings (ie homes) needed to meet the requirements of the Building Regulations. This change led to the creation of competent person schemes that were underpinned by third party certification, and they’ve been very successful in improving the standard of electrical installation work (re: BS 7671, the IET Wiring Regulations) being carried out in this area.

Similar requirements for third party certification could be mandated in the fire industry to help improve standards and reduce dangerous practice.

Referencing PAS 79-1, fire risk assessors should – alongside several other duties – be reviewing the premises and its occupants, the likelihood of fire and how to mitigate its outbreak. An action plan should also be formulated to react accordingly to the results of the fire risk assessment. For example, this could be to employ the services of an emergency lighting organisation who can then check that the system is still appropriate. This is particularly important if previous records for the premises are not available for review.

Why am I stating this? A fire risk assessment is multi-faceted in nature and needs to recognise that many systems and provisions are in place as a result of checking that a given building is safe from fire. This is notably significant for larger and more complex buildings. On that basis, should the assessment provider, for example, be an expert on fire detection and fire alarm systems, emergency lighting, fire doors, cladding and more?

The reality is that they will not be. The standards demanding review would require a significant investment of time and money prior to any training and qualifications being undertaken to fulfil such an extensive role. Finding such an individual would also be like searching for a needle in a haystack.

What should be done, however, is to review all appropriate documentation in order to check that fire systems are in place and have been signed-off by competent individuals/organisations as being suitable for the building. This task usually rests upon the shoulders of the premises manager (or delegated team/individual for fire safety). They are accountable for sourcing appropriate organisations to fulfil this work (and duly maintaining those systems and provisions in place).

The much-discussed ‘golden thread’ of information for fire/life safety measures undertaken within a building is a vital method by which to discover exactly who’s accountable for all of these actions. It’s hugely significant for Fire and Rescue Service enforcement teams, the Health and Safety Executive and the Building Safety Regulator.

The loss of the building safety manager role is frustrating as Dame Judith Hackitt explicitly stated in her final report that there’s a lack of clarity on roles and responsibilities. In Dame Judith’s view: “There is ambiguity over where responsibility lies, which is exacerbated by a level of fragmentation within the industry and precludes robust ownership of accountability.” At least in part due to this situation, the Grenfell Tower Public Inquiry remains ongoing almost five years after the tragic episode that unfolded. The original application of the building safety manager role was to help protect people from this type of event moving forward.

With the removal of the building safety manager role revealed by Michael Gove (Secretary of State for Levelling Up, Housing and Communities) in March this year, fire safety obligations obviously still remain. It now reverts to a challenging process to pin down the responsible ‘Accountable Persons’. This means that record keeping and citing which appropriate organisations have been contracted to help meet these obligations are both now even more crucial tasks when it comes to testifying on the ‘suitable and sufficient’ mitigation of risk at a given location.

What’s also clear from my experiences is trepidation around the complexity of becoming third party certificated. For those readers whose thought process currently resides in this space, it’s important to dispel any fears. Third party certification should be viewed as a process that completes a gap analysis of your organisation to confirm it’s working to the best possible levels of fire safety discipline and in a competent and consistent manner.

Fundamentally, if organisations genuinely believe they’re working competently in delivering specific works (with a suitable management system supporting this), then achieving evidence of competency should not be an issue. This also applies to individuals operating on their own as sole traders. Self-employed individuals should be able to demonstrate that they hold relevant skills, keep them up-to-date and have appropriate insurance to reflect the levels of work being undertaken (among other requirements).

As an industry, we must also usher-in the end of ‘grandfather rights’ in the fire safety sector where possible. Everyone needs to be demonstrating and evidencing their competency, both at an organisational and an individual level. It’s not good enough to state that: “I’ve been doing this for 30 years” as some kind of testimonial. How can an individual be sure they’ve been doing things the right way for all of those years? This way of thinking is dangerous. The practising of fire safety continues to evolve. For clarity, anyone who cannot demonstrate their up-to-date competency should not be allowed to continue working in this discipline.

Recently, retailer Sainsbury’s was fined £1 million for safety failures when implementing a COVID-safe car park queuing system (which resulted in serious injuries to a woman operating a mobility scooter). While this is not related to fire safety, it’s pertinent to stress the comments of West Berkshire Council’s investigator (senior environmental health officer Abi Stinson) who said: “I think the focus at the time was very much on COVID. The emphasis was so much on COVID, and everyone thought this was the major Health and Safety risk, that other risks ended up being neglected.”

All fire and safety managers should be aware of such words. You need to check if any fire safety measures in place – or that should be in place – have been neglected over the last two years and, if so, how this situation should be rectified as soon as possible. At BAFE, we continue to stress the importance of UKAS-accredited third party certification and that this should be specified and verified prior to any fire safety organisation commencing work.

There’s no doubt about the fact that we are now entering a new era of competency. Work on fire safety-focused systems must only be performed by organisations and individuals capable of doing so and with appropriate evidence to support this assertion.

In 2018, Dame Judith Hackitt stated: “The primary motivation is to do things as quickly and as cheaply as possible rather than to deliver quality homes which are safe for people to live in.”

Pleasingly, improvements are happening, with initiatives such as the Building a Safer Future Charter (which BAFE supports) stressing five key commitments. One of them outlines that signatories pledge to “make safety a key factor of choice in whom [they] work with, ensuring that building safety is placed at the centre of selection decisions without compromising quality or value for money.”

Going forward, the fervent hope is that these commitments and additional actions establish a new generation of fire safety practice for not just homes, but also the whole of the built environment.

For its part, and in the wake of the removal of the building safety manager role as recently announced by central Government, the fire safety industry would also strongly welcome new and clear guidance from the Building Safety Regulator at the Health and Safety Executive in terms of who now holds the ultimate responsibility for ensuring that obligations are going to be met in a safe and timely manner.