WILSON JAMES is celebrating BuildForce’s attainment of a Silver Award in the Armed Forces Covenant Employers Recognition Scheme, alongside 37 other London-based employers. 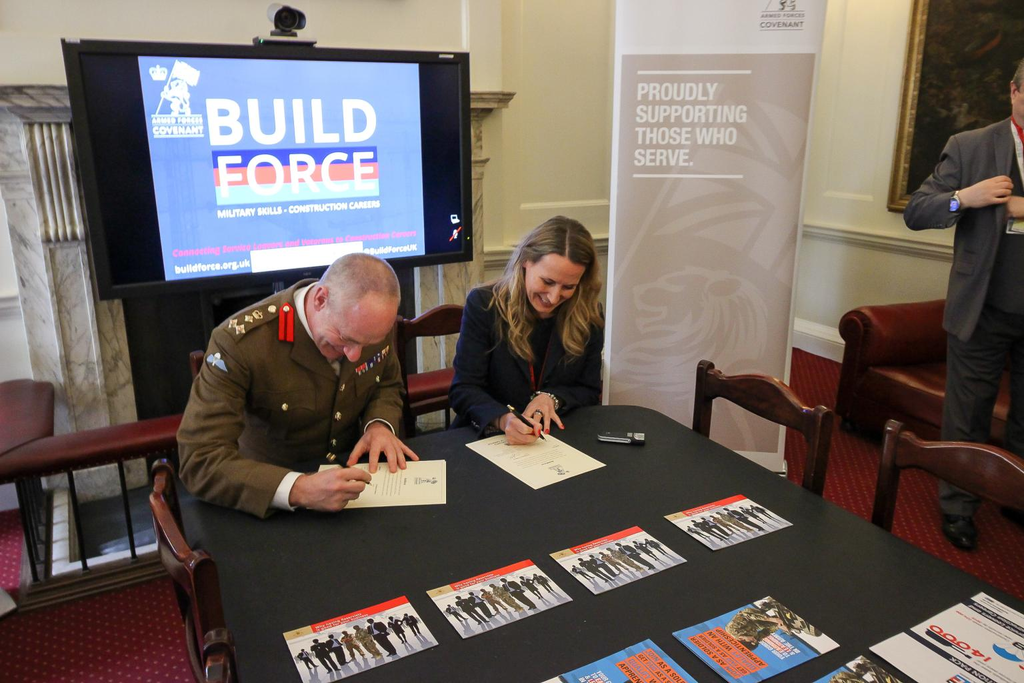 The Armed Forces Covenant is a promise from the nation that those who serve or have served in the armed forces, and their families, are treated fairly. The covenant focuses on helping members of the armed forces community to have the same access to government and commercial services and products as any other citizen. This support is provided in a number of areas including education and wellbeing, access to healthcare, financial assistance and starting a new career.

Wilson James is a proud, founding member of the BuildForce Alliance which seeks to provide career opportunities for service leavers in the construction and logistics industries.

Angela Forbes, Commercial Director at Lendlease and BuildForce Chair said: “BuildForce is incredibly proud to support our Armed Forces. Being awarded silver on the Employer Recognition Scheme is possible because of the amazing talent of our Service Leavers, Reservists and Veterans.”

Nick Channer, Chief of Staff at Wilson James said: “BuildForce plays an outstanding role in linking the skills and experience of armed forces personnel with the many diverse and rewarding opportunities in the construction sector. At Wilson James, we are proud to be co-founders and supporters of Buildforce, and I personally came to the sector through BuildForce – so we are all delighted to see their contribution recognised by this Silver award.”