EVERY FALSE fire alarm is costly, but in a COVID-aware world, there’s now even more pressure on management teams operating in the leisure, retail and hospitality industries to prevent such alarms occurring at their premises. Liam Hunt elaborates on the detail. 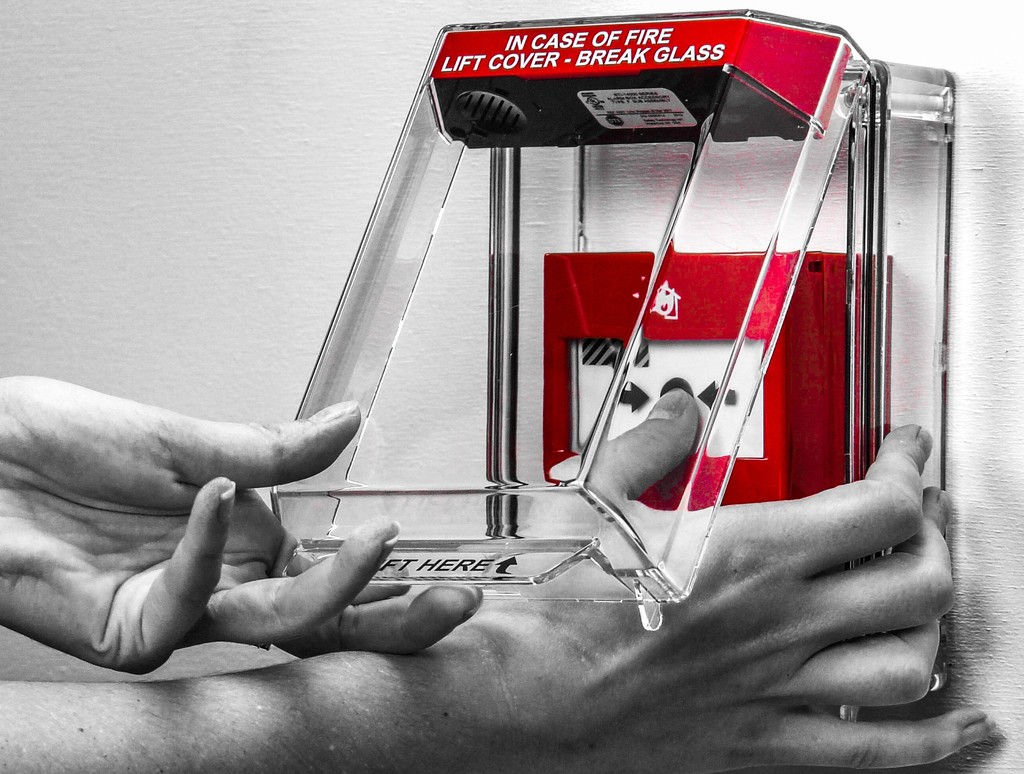 The leisure, retail and hospitality industries were hit particularly hard by the onset and development of COVID-19. According to the Office for National Statistics, consumer spending on hospitality started to increase in May 2021, but remains at less than 70% of its pre-pandemic levels. Data from Her Majesty’s Revenue and Customs highlights the fact that, in April 2020, just shy of 1,650,000 employees in the sector were placed on furlough as businesses paused trading, falling to just under 590,000 employees on furlough at the end of May last year.

Monthly air passenger arrivals to the UK fell from 6,804,900 in February 2020 to 112,300 in April that year, representing a fall of 98.3%. Greater London saw the largest fall in hotel room occupancy of any English region from 2019 to 2020, with just 20% of rooms occupied in July 2020 compared to 90% in the same month the previous year. Accommodation and travel agency businesses witnessed the sharpest decline in turnover during the first national lockdown, falling to 9.3% of their February levels in May 2020.

As the nation continues its steady emergence from the vice-like grip of the pandemic, businesses in the leisure, retail and hospitality industries will be massively keen to make up for lost time, in parallel determining to avoid any potential losses in revenue realised by false fire alarms.

Despite two years of intermittent national lockdowns and COVID-related restrictions, false fire alarms continue to cost the UK dearly. Home Office figures reveal that there were a total of 2,497 false fire alarms caused by the “malicious activation of [a] fire Call Points/alarms” in England for the year ending September 2021, surpassing challenged hoax calls as the largest reason for malicious fire alarms.

Accidental activations have also remained a significant cause of false alarms: 12,732 false fire alarms were recorded due to the accidental and careless activation of fire alarm and firefighting equipment, including manual Call Points.

With the mandated restrictions, closures and reduced footfall numbers faced by businesses during the COVID-19 pandemic, we might have expected to witness the number of false fire alarms fall significantly. The statistics serve as a timely reminder of the persistence of unwanted fire alarm signals and, further, the need for leisure, retail and hospitality premises’ management teams to seek a long-term and reliable solution that avoids further unwanted disruptions post-pandemic.

Although absolutely necessary once a fire alarm sounds, an evacuation scenario that could have been prevented ultimately leads to unhappy customers, disruption for businesses and an unnecessary strain being placed on the already stretched staff members working for the Emergency Services.

At a time when it remains prudent to avoid the crowded corridors and large gatherings at assembly points that follow on from a needless false alarm-induced evacuation, it has become even more important to prevent those alarms.

Continuing to be the largest incident type, false fire alarms accounted for 41% of the incidents attended by Fire and Rescue Services across England for the year ending September 2021. In point of fact, fires accounted for just 27%.

It’s also a fact that over £1 billion is lost every year due to false fire alarms. To recoup some of this money, the London Fire Brigade became the first Fire and Rescue Service in the country to start charging those businesses proven to exhibit a particularly poor false fire alarm record.

A false alarm is defined as a fire alarm signal caused by means other than a genuine fire and which has activated a fire detection and alarm system. Such alarms can include an equipment false alarm and be due to environmental influences, accidental damage and/or inappropriate human action, the latter including the malicious activation of a manual Call Point.

Under the Regulatory Reform (Fire Safety) Order 2005, it’s the responsibility of the building owner or the ‘Responsible Person’ to ensure that effective fire precautions are in place to protect members of staff, customers or visitors. Several precautionary steps can be taken to prevent false fire alarms before they occur. Routine testing and maintenance of Call Points is a ‘must’ to ensure proper system operation, but it’s not the only proactive approach.

Following the introduction of the new recommendations in 2017, episodes of malicious false fire alarms have fallen by 18%, which is a pretty good indication of the effectiveness of protective covers. However, every false alarm is still costly. Firefighters respond to fire signals by believing them to be real. False alarms can expose the public and fire crews to unnecessary risk in terms of the latter’s necessarily swift response to them, while also potentially directing firefighters away from real emergencies.

Leisure premises are particularly susceptible to false fire alarms. Sometimes, such alarms are due to wayward sports equipment housed in sports hall and gymnasiums, or they may simply be realised by high-traffic areas in music venues, cinemas and theatres. Concerts and football matches have often been interrupted and, in some cases, even cut short by false fire alarms, ultimately resulting in disgruntled fans and calls for refunds.

Government fire safety-related guidance for theatres, cinemas and similar premises highlights the need for protective covers to combat both accidental and malicious activations: “To reduce the risk of malicious or accidental operation which may promote panic, you should consider (as part of your management plan) alternative arrangements such as the guarding of manual Call Points (eg with a simple and easily removed cover).”

A hinged cover located around a Call Point is also likely to solve the problem of accidental activation or damage in storage areas where there’s a continual movement of equipment. Guidance for open air events and venues draws attention to the high risk of malicious activations in certain public areas such as large beer tents. Here, alarmed Call Point covers might be more effective.

In retail premises, trollies and shopping bags can lead to the accidental activation of manual Call Points, while the evacuations that follow threaten both a loss of customers and profit.

This message is reinforced by the Government’s own advice on fire safety risk assessments for retail outlets. That advice states: “False alarms from electrical fire warning systems are a major problem and result in many unwanted calls to the Fire and Rescue Service every year.”

The management teams at Shopping Centres and supermarkets are regularly forced to evacuate hundreds of shoppers due to unwanted false fire alarm signals, with customers abandoning their shopping on conveyor belts and in baskets and trollies. Owing to the scale and time of the disruption that can result, many of them choose not to return to complete their purchases.

The good news here is that robust polycarbonate covers can be fitted to protect sensitive break glass units and deflect heavy blows.

False fire alarms can be very detrimental for the hospitality industry, where evacuations in the wake of those alarms leave restaurants and bars vulnerable to ‘dine and dash’-style incidents. On that note, some hospitality premises have lost out on upwards of £1,000 when customers have left the premises without paying after a false alarm has initiated.

Fire safety guidance for licensed premises reinforces the need to put a stop to false fire alarms within the industry: “Fire alarm systems should normally conform to the current edition of BS 5839, with consideration made for the prevention of false alarms.”

Repeated false alarms reduce the public’s confidence in fire alarms, contributing to so-called ‘alarm fatigue’ and a complacent attitude towards evacuations. Alarm fatigue occurs when an individual becomes desensitised to an alarm due to repeated false activations and, as a direct result, fails to react appropriately in a real emergency with a potentially fatal impact.

Alarm fatigue can pose a serious threat in the hospitality industry. The Government’s fire safety guidance for sleeping accommodation in hotels, for example, states: “If there are excessive false alarms in your premises, people may become complacent and not respond correctly to a warning of a real fire. In such circumstances, you may be failing to comply with fire safety law. All false alarms should be investigated to identify the cause of the problem and any necessary remedial action taken.”

Safety Technology International’s founder Jack Taylor realised the first and original Stopper polycarbonate protective cover. From integral covers through to outdoor and sounder models, there are now variations available to suit all types of application.

Tamper-proof polycarbonate covers ensure that Call Points are protected without restricting their legitimate use in a real emergency scenario. The planned combination of an optional warning alarm, a flashing beacon and a break seal acts as a deterrent against malicious activation.

As we continue the transition to the ‘new normal’, management teams operating in the leisure, retail and hospitality industries must do all that they can to prevent false fire alarms in their premises, delivering conformance to BS 5839-1:2017 to protect manual Call Points from false activation, whether it be accidental or malicious.

Put simply, any failure to address false fire alarms allows alarm fatigue to manifest. This can prove to be very costly in every sense of the word.