UK LAW enforcement has made a massive breakthrough in the fight against serious and organised crime after the takedown of a bespoke encrypted global communication service used exclusively by criminals. Entire organised crime groups have been dismantled during Operation Venetic with 746 arrests and £54 million worth of criminal cash, 77 firearms and over two tonnes of drugs seized to date. 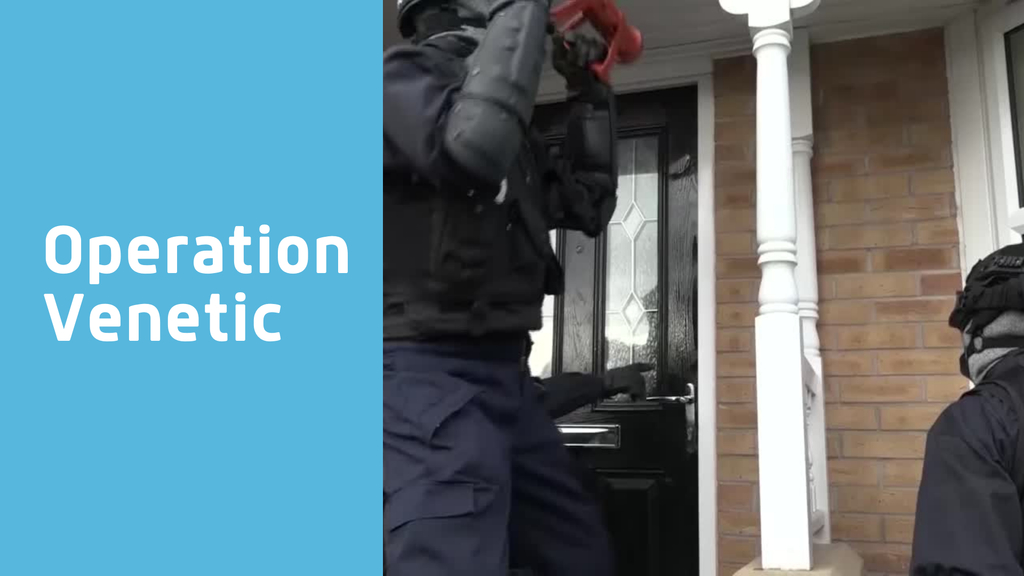 EncroChat was one of the largest providers of encrypted communications and offered a secure mobile phone instant messaging service, but an international law enforcement team cracked the company’s encryption. There were 60,000 users of the platform worldwide and around 10,000 users here in the UK. The sole use of the service was for co-ordinating and planning the distribution of illicit commodities, money laundering and plotting to kill rival criminals.

Since 2016, the National Crime Agency (NCA) has been working with international law enforcement agencies on specifically targeting EncroChat as well as other encrypted criminal communication platforms by sharing technical expertise and intelligence. Two months ago, this collaboration resulted in partners in France and the Netherlands infiltrating the platform. The data harvested was shared via Europol.

Unbeknown to users of the service, the NCA and the police service have been monitoring their every move since then under Operation Venetic (the UK’s dedicated law enforcement response). Simultaneously, European law enforcement agencies have also been targeting organised crime groups. The EncroChat servers have now been shut down.

Operation Venetic is the biggest and most significant operation of its kind in the UK.

The NCA, Regional Organised Crime Units (ROCUs) and police forces alike have “punched huge holes” in the UK’s organised crime network so far by arresting 746 suspects. Over £54 million in criminal cash has been seized, so too 77 firearms (including an AK47 assault rifle, sub-machine guns, handguns, four grenades and over 1,800 rounds of ammunition).

Upwards of two tonnes of Class A and B drugs have been sized as well as over 28 million Etizolam pills (ie street Valium) from an illicit laboratory, not to mention 55 high value cars and 73 luxury watches.

In addition, by working closely with policing partners, a specialist NCA team has prevented rival gangs from carrying out kidnappings and executions on the UK’s streets as a result of successfully mitigating over 200 threats to life.

Organised crime groups in the UK have been using EncroChat, communicating freely and believing that the technology made them secure. The criminal group behind EncroChat operated from outside the UK.

On 13 June, EncroChat realised the platform had been penetrated and sent a message to its users urging them to throw away their handsets. The phones – which have pre-loaded apps for instant messaging, the ability to make VoIP calls and a kill code which wipes them remotely – have no other conventional smart phone functionality and cost around £1,500 for a six-month contract.

Recent messages from some of the UK handsets have included: “This year the police are winning.” “NCA as you know well are sophisticated and relentless.” “If it’s the NCA then we have a big problem.” “The police are having a field day.”

The NCA created the technology and specialist data exploitation capabilities required to process the EncroChat data and help identify and locate offenders by analysing millions of messages and hundreds of thousands of images.

Intelligence packages were disseminated to NCA operational teams, ROCUs, the Police Service of Northern Ireland, Police Scotland, the Metropolitan Police Service, Border Force, the Prison Service and HMRC to develop and launch investigations. The highest-harm organised crime groups were prioritised, with officers working tirelessly to attribute the handles to real world identities. For its part, the Crown Prosecution Service is leading all of the Operation Venetic prosecutions.

Nikki Holland, the NCA’s director of investigations, said: “The infiltration of this Command and Control communication platform for the UK’s criminal marketplace is like having an inside person in every top organised crime group in the country. This is the broadest and deepest-ever UK operation into serious and organised crime. The NCA is proud to have led the UK part of this operation, working in partnership with policing and other agencies. The results have been outstanding, but this is just the start.”

Holland continued: “A dedicated team of over 500 NCA officers has been working on Operation Venetic night and day, as well as thousands more across policing. This has all been made possible because of superb collaborative work with our international partners. Together, we’ve protected the public by arresting middle-tier criminals and the kingpins, the so-called iconic ‘untouchables’ who’ve evaded law enforcement for years. Now we have the evidence to prosecute them. The NCA plays a key role in international efforts to combat encrypted communications. To any criminal who uses an encrypted phone, I would say to them that they should be very, very worried.”

Jupp added: “By dismantling these groups, we’ve saved countless lives and protected communities across the UK. Every UK police force has worked together to carry out these warrants. I’m extremely proud of their hard work and determination which doesn’t stop here. This sort of activity is just one aspect of our continued fight to tackle serious and organised crime. I hope this outcome sends a clear message to the public of our determination to rid communities of this sort of criminality.”

Home Secretary Priti Patel explained: “This operation demonstrates that criminals will not succeed in using encrypted devices to plot vile crimes under the radar. The NCA’s relentless targeting of these gangs has helped to keep us all safe. I congratulate the NCA and its law enforcement partners on this significant achievement. I will continue working closely with the NCA and others to tackle the use of such devices, giving them the resources, the powers and the tools they need in order to keep our country safe.”