A full investigation is to begin into the cause of a fire that gutted most of a Grade II listed hotel on Eastbourne’s seafront. 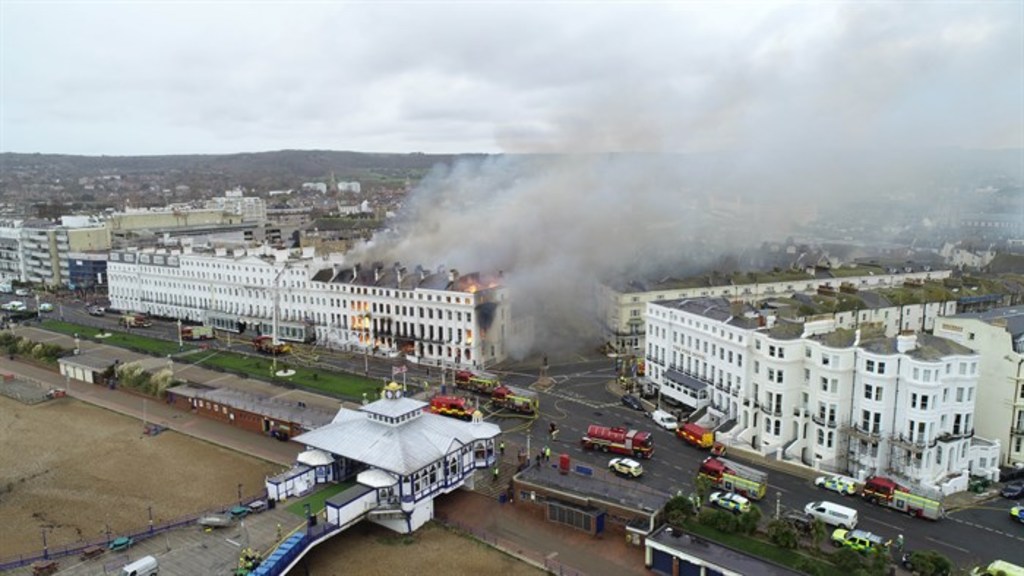 The fire started in the basement of the Claremont Hotel on Friday 22nd November and quickly spread to the roof.

About 60 firefighters and 12 engines were sent to the scene at the height of the blaze, which broke out at about 08:50 GMT as most guests were having breakfast.

All 130 guests and staff members in the Claremont, which was evacuated along with neighbouring hotels, were accounted for.

Six people were treated for minor injuries, with one taken to hospital suffering from breathing difficulties.

Water was taken from the sea to help tackle the fire, which was brought under control within five hours.

On Monday 25th November roads were still closed with some residents unable to return home.

The gas supply, which was fuelling the flames, was cut off after which all remaining pockets of fire were extinguished.

On 26th November it was reported that fire crews had left the scene of the fire but will continue to make periodic re-inspections, until further notice.

East Sussex Fire and Rescue said the Claremont Hotel had been very badly damaged and measures were in place "should it collapse".

The fire investigation is underway, which will be ongoing, and the incident has been handed back to the hotelier.

Police and Highways are trying to ease pressure on the town centre by lifting parking restrictions.

The owners of the hotel, Daish's Holidays, said the "significant damage" to the hotel, which dates back to the 1850s, was "devastating".