ESCAPE AIR Vest (the Staffordshire-based manufacturer of the EAV, “the life jacket for buildings”) has been busy throughout the unsettling COVID-19 pandemic in launching its website and Amazon shop. 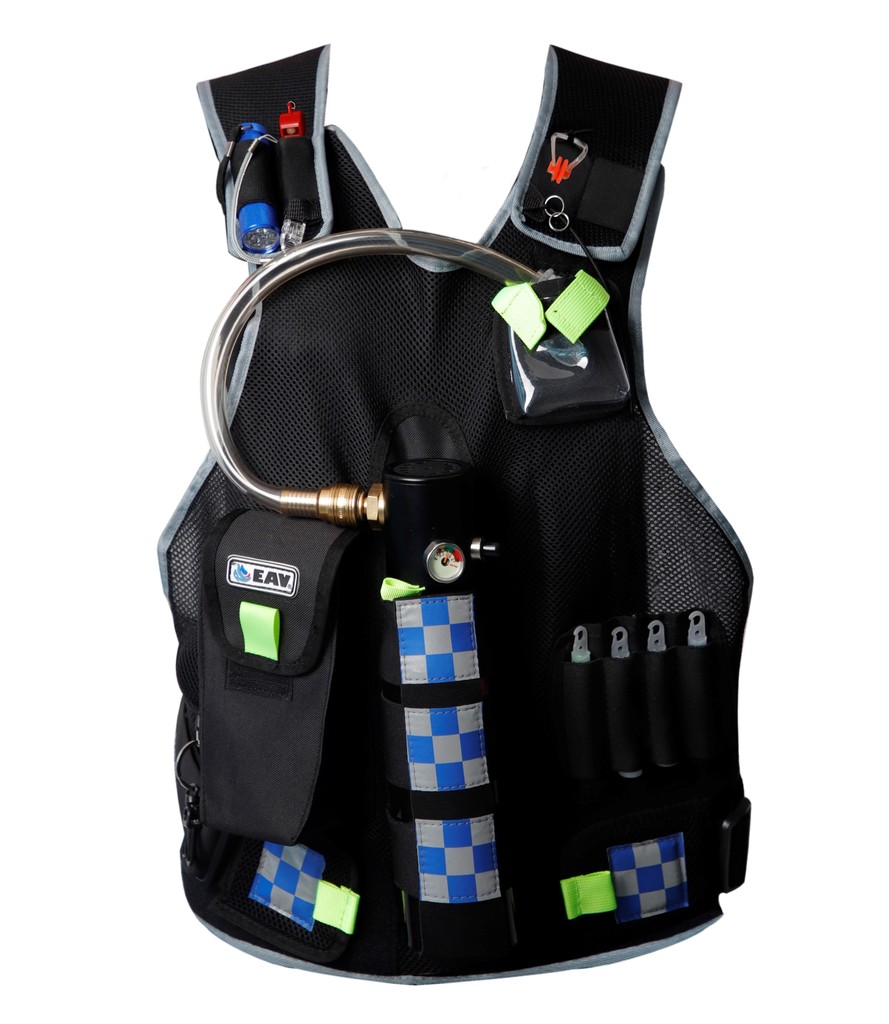 The noxious fumes created by the burning of many materials can quickly transform trapped, breathable air into a toxic cloud that chokes the lungs and burns the eyes long before the heat from a fire becomes a real danger.

In recent years, fire safety experts have published national statistics regarding deaths and injury resulting from fire. The data clearly indicates that smoke inhalation is the leading cause. Online medical advice sites report that between 50% and 80% of all deaths and injuries from fire are primarily caused by smoke or a combination of smoke and fire.

Smoke inhalation itself can create severe breathing problems long after a fire has been extinguished.

The EAV was developed in response to these issues. The vest incorporates a mouthpiece which allows the end user to breathe normally. The built-in whistle can also be used to attract attention, while the torch may be employed to follow a designated escape route.

The EAV has shown its adaptability on three continents in the last month alone. A Government provider in Africa has purchased the EAV for crowd dispersal control. An ocean survey company in Norway will also carry the EAV onboard its vessels.

Here in the UK, the management teams at two sites in London have decided to supply their security operatives who are looking after multi-storey buildings with the EAV in case they should be required to attend the scene of an alarm. This is demonstrating to the operatives a Duty of Care by providing on demand breathable air for a safe escape during an emergency.

As well as a torch and safety eyewear, the EAV also carried a nose clip, glow sticks and a retractable lanyard that fastens to other users, giving the wearer the ability to warn colleagues in an incident.

The EAV was invented to provide breathable on demand air for people to escape from buildings where there has been an incident involving smoke. Escape Air Vest is currently in negotiations with a local authority housing association to trial the EAV in a building where there are fire safety issues.

The EAV is rechargeable and easy to operate with no valves to turn on and off. The pressure gauge affords the user an indication of how much oxygen is left in the bottle.