ESCAPE AIR Vest (the Staffordshire-based manufacturer of the EAV, “the life jacket for buildings”) is now receiving global recognition for its EAV solution which is viewed as innovative PPE suited to first responders/incident management teams and security officers alike. 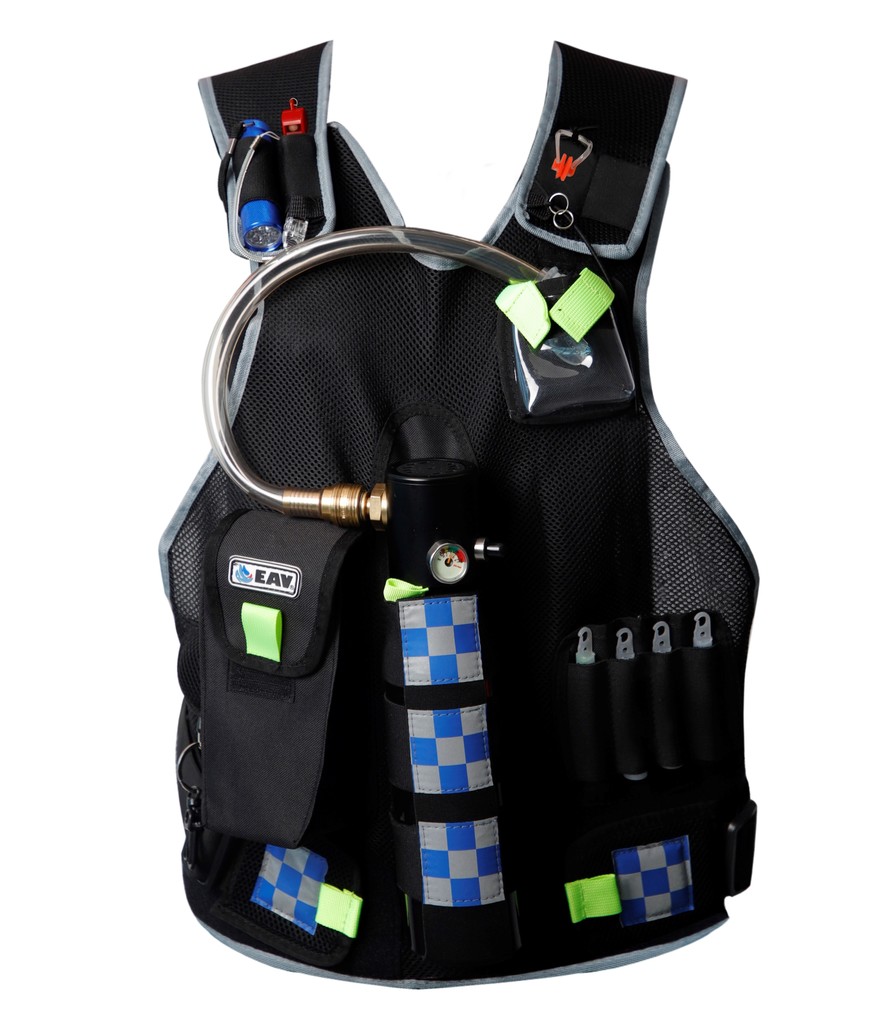 The EAV has shown its adaptability on three continents in the last quarter. Security companies in London and South Africa are making use of the solution in relation to incident responses for alarm. Companies procuring the EAV are demonstrating a Duty of Care to their operatives as the EAV provides ‘on demand’ breathable air that enables them to escape in an emergency.

Escape Air Vest is currently in negotiations with a local authority housing association to trial the EAV in a building where there are fire safety issues. The noxious fumes created by the burning of many materials can quickly transform trapped, breathable air into a toxic cloud that chokes the lungs and burns the eyes long before the heat from a fire is a real danger.

In recent years, fire safety experts have published national statistics regarding deaths and injury resulting from fire. The data clearly indicates that smoke inhalation is the leading cause. The EAV was developed in response to such findings. The vest incorporates a mouthpiece which allows the end user to breathe normally. The built-in whistle can also be used to attract attention, while the torch may be employed to follow a designated escape route.

As well as a torch and safety eyewear, the EAV also carries a nose clip, glow sticks and a retractable lanyard that fastens to other users, giving the wearer the ability to warn colleagues during an ongoing incident.

The EAV is rechargeable and easy to operate with no valves to turn on and off. If the end user finds themselves in clean air, they simply remove the mouthpiece until they require it again when passing through dirty air. The pressure gauge indicates how much air supply is left in the bottle.