SURVEILLANCE CAMERA solutions that can view an overall scene while monitoring a specific person or vehicle, and also provide a panoramic view while being able to zoom in and track particular scenes or targets, have just been launched by Dahua Technology. 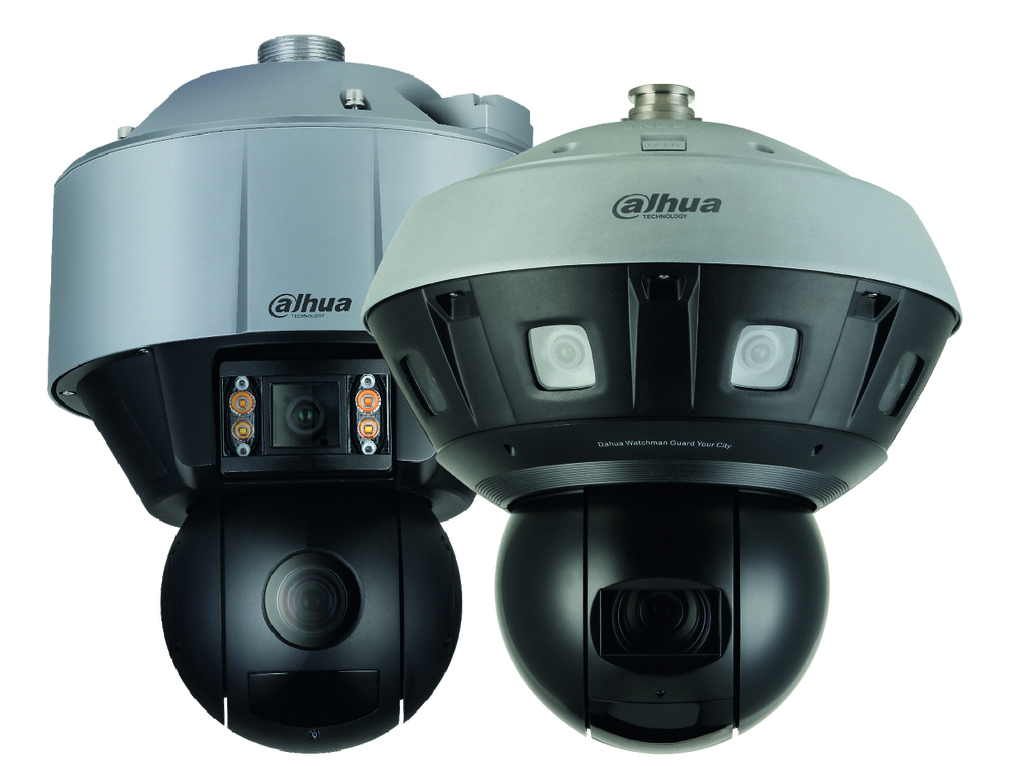 Next generation PTZ is all about combining dual PTZ and multiple panoramic and PTZ cameras into two distinct solutions, all integrated into the same high-quality, easily installed and calibrated units. By needing fewer units to cover a site, this range of next generation PTZs can also save on having to install additional cameras with the associated cabling costs.

The Hunter Series incorporates a dual PTZ system and enables the user to monitor a typical PTZ camera scene, while at the same time closely tracking a person or vehicle of interest. Models feature smart tracking with simultaneous overview and detailed monitoring. Deep learning-based Artificial Intelligence (AI) delivers a false alarm rate of less than 2%, a capture rate of 98% and more than 27 supported attributes.

Models in the Hunter Series are also quick and easy to install by a designated individual and feature one-click auto calibration. Once the target triggers in the overview camera, the detail camera will track it automatically.

The deep learning-based algorithm produces metadata which captures and extracts the attributes of a face, body or vehicle such that the end user can quickly and accurately locate a target in a mass of recorded footage.

The second of the two new solutions, Dahua’s Hubble Series makes effective use of integrated fixed cameras to deliver a panoramic 270 degree or 360 degree view, while the models’ integrated dome camera can zoom into specific parts of the overview scene.

Complete with Ultra HD resolution of up to 24 megapixels, Hubble cameras also feature crowd number and density detection, as well as vehicle counting and density monitoring plus augmented reality mapping.

“With our next generation PTZ cameras, you can literally be in – or at least see – two places at once,” explained Thomas Tian, Dahua’s product director for the UK and Ireland. “Dual or multi-camera technology enables the end user to closely track a target while simultaneously monitoring an overview of the bigger picture. This delivers the ultimate in situational awareness.”

Tian concluded: “Together with the powerful features offered by deep learning-based AI and other smart features, the cameras truly represent a step-change in wide-area automated monitoring and tracking.”