A SECURITY officer has been convicted of conspiring to smuggle Class A drugs through Heathrow Airport, after a National Crime Agency investigation. 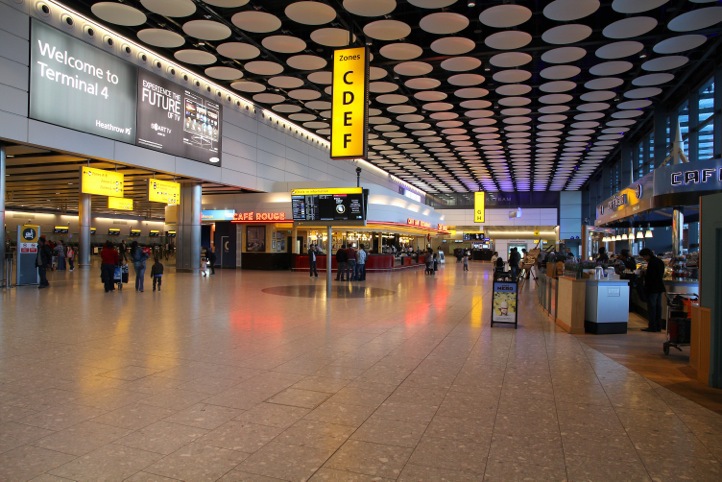 Officers caught Farhan Iqbal, 31, in the toilets at Terminal 5 meeting a courier who had flown in from Colombia.

Iqbal, of Hanson Gardens, Southall, London was on sick leave and not due to work on 23 November last year, but he arrived at Heathrow Terminal 3 in his uniform and made his way to Terminal 5.

Camilo Pulido Suarez, 37, had flown to Heathrow Terminal 5 from his home city of Bogota and went to the terminal’s toilets after landing.

Pulido-Suarez’s suitcase contained hidden compartments where the drugs were stashed.

One of the compartments had been sliced open to reveal a black package containing the class A drug, with a street value of £480,000.

Iqbal planned to take the drugs and transfer them to another member of the group waiting in an unrestricted arrivals area of Terminal 5.

Iqbal was viewed as a valuable asset by the organised crime group (OCG) he was working for as he had airside access which reduced the risk for couriers.

National Crime Agency senior investigating officer Mark Abbott said: “Iqbal played a crucial role in the OCG and used his insider knowledge and privileged access to the airport to enable the drugs transfer.

“It was a real betrayal of his colleagues and employer and this type of corruption really threatens the security of the UK border and public which is why we see it as a priority.

“Heathrow Airport provided invaluable assistance in this operation, and working with partners in the Metropolitan Police Service, Border Force and the aviation and airline authorities we will continue to crack these cases.”

Pulido-Suarez has admitted importing Class A.

Iqbal and Pulido-Suarez will be sentenced alongside brothers Wilmer Salazar Duarte, 44, of St Margarets Road, Manor Park, London, and Alexander Salazar-Duarte, 37, of Langton Avenue, Newham, London, who have admitted conspiring to import Class A.

The brothers are listed for a newton hearing - to determine their roles – on 7 June.