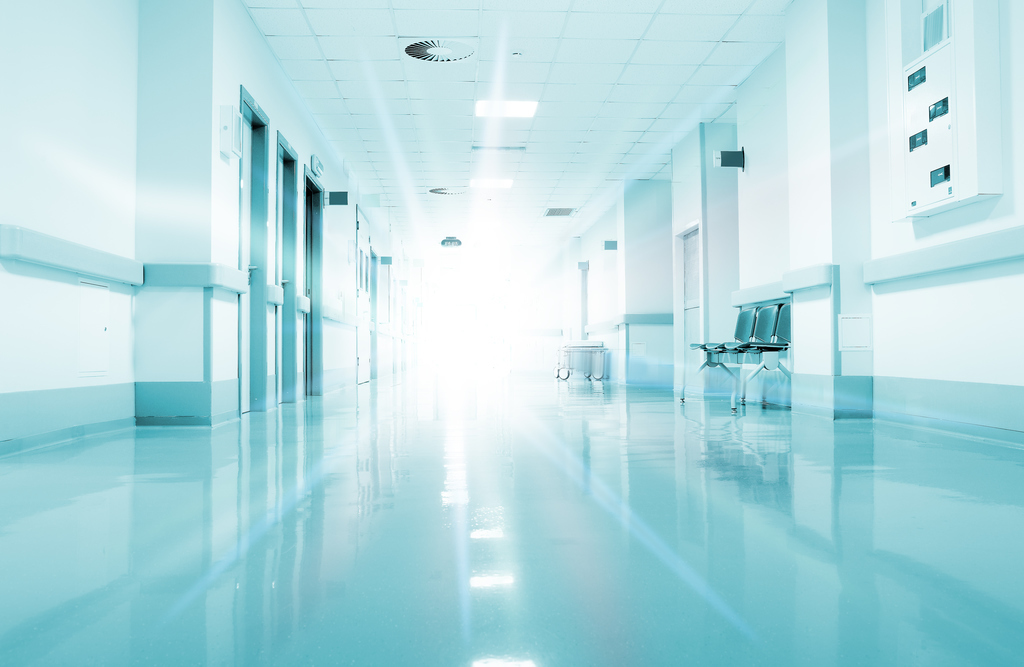 WHETHER LOCATED internally or externally, in-cabinet fires remain a significant risk to the resilience of mission-critical machinery or enclosures in any business, or public service.

The risk may be reduced by employing special engineering-control measures designed to minimise risk ‒ for instance, dedicated power supplies, special enclosures and even physical security.

Irrespective of the external measures employed, where a source of ignition and combustible material co-exist within the same cabinet, a fire within an enclosure, no matter how small, remains a significant threat, if what is inside is critical to the operation of the premises, or its purpose.

To counter this risk, protecting such cabinets or spaces may also be deemed critical. Internal early-warning detection of fire and rapidly deployed fire suppression can be used to minimise the threat of outbreak of fire, its escalation and consequential events.

Our case study takes us to a UK NHS Trust, which originally suffered the loss of a mission-critical sterilisation machine as a result of an internal fire. The machine itself was one in a bank of three, each of which provide two sterilisation cleaning facilities. To meet the demands of the hospital, the machines are in use constantly, sterilising medical equipment for the provision of patient-care services.

Each sterilisation machine is finished in stainless steel, with operator controls and utensils access only at the front ‒ rather like a large microwave. There is no other access to the machine unless special tools are used to remove the external access panels. In plain terms, the machines are like an industrial dishwasher but they operate at extremely high temperatures, with highly concentrated chemicals and, obviously, significantly more sophisticated automatic cleaning processes.

The original fire event occurred some 12 months previously and was discovered when black smoke was seen coming out of the top of the machine. Staff activated the hospital fire alarm manually and the hospital wing was evacuated. Attempts were made to manually extinguish the fire using portable carbon-dioxide extinguishers. These proved ineffective, however, as the access panels could not be removed without the special tools.

The fire and rescue service attended rapidly, and subsequently extinguished the fire by safely isolating the machine supply and deploying a significant quantity of water. The fire event caused major disruption to the hospital, as a result not just of having to evacuate the wing but also of the complete loss of the sterilisation machine, loss of subsequent patient-care services, and post fire-event clean-up, redecoration and re-instatement of the room itself, plus two floors below the incident.

A replacement sterilisation machine was installed, but prior to its commissioning FirePro UK was asked what could be done to minimise the likelihood of a similar event in the future having such disastrous consequences.

FirePro is a condensed-aerosol fire-suppression system, which is manufactured and supplied in modular sizes. This modularity means it can be adapted to protect a number of risk types and sizes, from the very smallest to very large spaces.

For in-cabinet protection, FirePro provides a very simple, "one-shot", fully monitored local control panel. Built by Kentec UK, the FPC2 control panel takes a monitored 24VDC power supply input, which may include external battery back-up, and is fully equipped as standard with a fully fault-monitored open-circuit detection line in, which takes a fire signal from the most suitable form of early-warning detection for the application. There are four fully monitored trigger outputs, which activate up to four locally mounted FirePro modular units, and ancillary contacts for remote signalling.

In the case of this NHS Trust, FirePro UK, in conjunction with a local approved installer, was able to offer a bespoke engineered solution to protect not just the new replacement machine but the existing two machines also.

It was decided that the most appropriate and suitable method of providing early warning of fire within the machine would be linear heat detection (68°C). This is because the linear heat-detection cable may be installed liberally, at low cost, to cover all parts of the machine internally, including control gear, printed circuit boards, power supplies and solenoids.

With the early-warning detection all set, the next engineered system component to organise was the actual fire suppression agent. Bearing in mind FirePro's modularity, and knowing the internal cabinet cubic capacity that needed to be protected, we were able to determine that the internal risk would be adequately protected by installing two off FP500 (500gm) FirePro units, i.e. the correct amount of condensed aerosol agent required for the internal space within the enclosure.

As the system does not involve a pressurised gas, it does not require storage in pressurised cylinders. This saves space, and the end-user also benefits from the total cost of ownership, speed of installation, and 15-year independently certificated life expectancy. The product is also performance-certificated against recognised standards by a number of test laboratories, including Underwriters Laboratories (USA & Canada) BSI & KIWA, Netherlands.

With early-warning detection and fire suppression installed, we needed to ensure, in terms of providing a bespoke engineered solution for this particular application, that, in the event of a fire being detected, certain things would happen, in addition to the immediate release of the fire-suppression agent. We needed to ensure, via dedicated external interface relays, and as in the case of any fire signal, that the system would immediately interrupt the supply of power to the machine, signal the closure of all local fire doors, signal to the BMS system that would stop all local plant, including air-conditioning, and signal to the house fire-alarm system for alert and fire and rescue service automatic attendance via the appointed alarm receiving centre (ARC).

This was all simply achieved by using the local on-board signal relays from the FPC2, which, in turn, were connected to control dedicated, isolatable, secondary signal relays configured externally to the respective signal destinations. This included full fault-monitoring outputs for fire-detection system mains-power or battery fail, open or short circuit on the detection line and all circuits serving the units. A local lamp/buzzer key-switch isolation system was also installed to facilitate periodic maintenance within the machine by others.

They say that lightning doesn't strike twice but, in this case, a second fire incident in the replacement machine occurred within less than seven months of the installation. Events turned out significantly differently this time.

When a repeat machine malfunction occurred, and the internal temperature increased, this activated the internal automatic linear heat detection, which, in turn, immediately:

When they arrived, there was no fire for them to deal with, as it had already been automatically extinguished by the FirePro system. The suppressant agent was deployed by electrical signal, and with no cylinders or pipe work, whether designed for use in-cabinet, or room flood. It does not share the same design criticality as, say, pressurised gasses for enclosures with poor enclosure integrity, so it is suitable (subject to survey) for areas where agent leakage may occur.

In comparison with the previous identical fire event, the attendance of the fire and rescue service was purely post-event to ensure the area was safe for re-occupation, check the status of the machine, and surrounding areas, and naturally vent the room by opening the windows. There was minimal post-fire smoke damage and the room was back in service as soon as the remaining machines were deemed fit to be put back into operation the next day.

Labour to redeploy the spent units was available next day, as were the units themselves, meaning minimal downtime. In the case of spent gas cylinders, unless reserves had been installed, redeployment and re-commissioning may have been significantly longer.

Both the fire and rescue service and the hospital chief engineer were highly satisfied and complemented the engineered fixed internal fire detection and automatic fire-suppression system. It had operated exactly as its design had intended, and enabled immediate pinpointing of both the room and the machine with the fire, which also resulted in minimizing the following:

1. The loss of critical patient-care services;

2. The financial loss of a replacement machine;

The client’s total investment cost in the above was less than £8,000, fully installed. FirePro is installed in a number of in-cabinet risk applications, from kardex machinery large and small, process-control machinery, plant equipment, riser protection, switchgear, and many others in industries such as telecoms, power, distribution, motor-racing and general motor manufacturing, rail, power distribution and marine industries.