Supplementing sounder alarms with visual alarm devices can maximise impact and an effective way of alerting and evacuating occupants from a building. 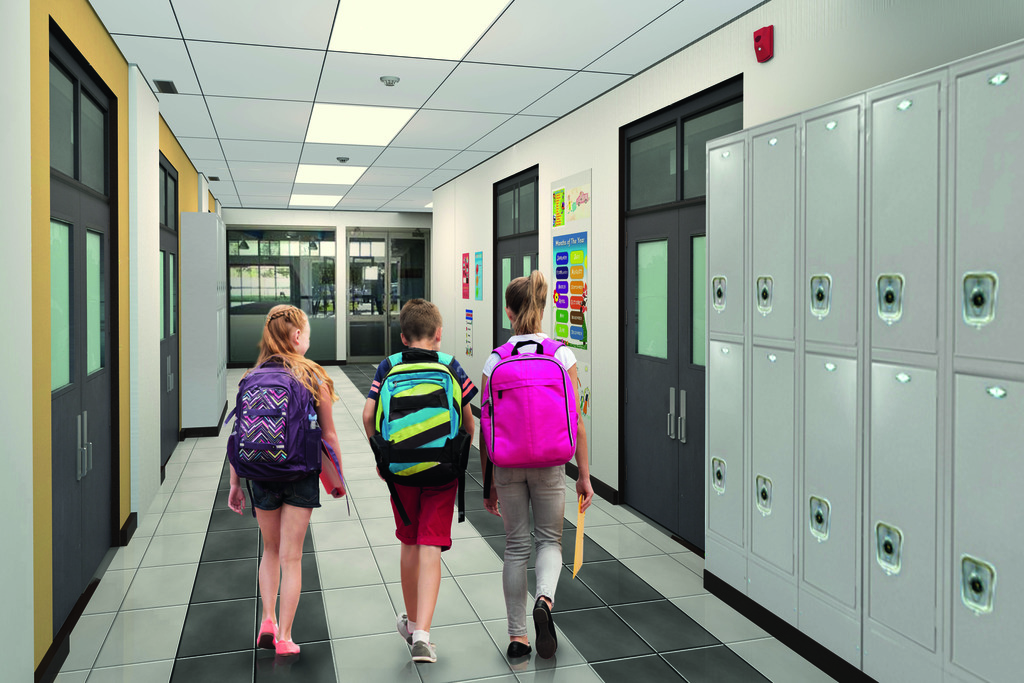 IN THE event of a fire, saving lives is always the highest priority. Occupants of a building need to be alerted as early as possible using alarm devices so they can leave or be evacuated from the premises.

It is a mandatory requirement for sounders to be used as an integral part of the fire detection and alarm system, as sounders are considered the most important of all alarm devices. Visual Alarm Devices are used to supplement sounders, providing an effective means of alerting and evacuating occupants of the building, as part of its fire safety strategy.

The recent release of EN54-23, by the European Committee for Standardization (CEN), clarifies the use of visual alarm devices in fire detection and alarm systems for non-domestic premises. EN54-23 provides clarity by standardising requirements, test methods and performance criteria of Visual Alarm Devices (VADs) and ensures all device parameters are measured in a uniform manner throughout Europe. Prior to this release, misinterpretation and confusion over a particular product’s performance was a common concern in the industry as there was no EN standard in existence for VADs.

Regulations and codes of practices recommend that Visual Alarm Devices should be installed in places where audible devices alone would be ineffective, or, where they are simply undesirable. Peter explains,“Typical applications where Visual Alarm Devices should be installed are areas with deaf or hard hearing people, hospitals or sleeping areas like hotels, public assembly buildings, broadcasting studios or manufacturing sites, or where people wear hearing protection due to high ambient level noise, to name a few”.

There are four main requirements that each Visual Alarm Device needs to achieve to be compliant with EN54-23. The first is the illumination level, with a minimum of 0.4 lux in the whole area covered by the Visual Alarm Devices, secondly the flash rate which should be set at 0.5Hz to 2Hz. The flash colour is another important criterion depending on how the evacuation process has been defined. Red or white light could be used for a single stage evacuation process, while amber may be used for the first stage in a multistage evacuation process. White light is a mix of all colour wavelengths, whereas a red filter absorbs green and blue light to only let the red light pass. This means a higher power consumption is needed for red lights to achieve the same light levels of white light. This definitely needs to be taken into consideration when the fire alarm system is designed. The fourth criterion is the installation category which refers to the area illuminated by the Visual Alarm Devices. These are mainly classified by wall category, ceiling category and open class category. There is also a distinction between devices for indoor and outdoor use. The coverage volume that can be achieved with the Visual Alarm Devices today has increased because of the latest technologies. Depending on the category, the diameter of coverage ranges between 7.5m and 15m. This means that less devices are required to reach the same exposure.

Anotherchallenge, next to alerting people as early as possible, is to really foster their reaction so they understand they have to leave the building. Independent laboratory tests show that the way people react to a Visual Alarm Device is influenced by the duration of the pulse.“Interestingly, the shorter the pulse duration, the faster the reaction”, Peter clarifies.

Consequently shorter pulse durations of LED Visual Alarm Devices will result in improved reactions as attention to the light is drawn sooner. In practice this means that the LED devices of a Visual Alarm should not exceed 20ms of pulse duration to enable the fastest reaction possible.1

Regular testing of fire detection systems is necessary but often disruptive, especially in buildings such as hospitals or hotels. The latest Visual Alarm Devices available offer automatic self-test features which minimise disruption during testing. Automatic self-tests can be scheduled at any time and the test duration is less than 1 second per device, so there is less or even no disruption for occupants. Additionally, accuracy is high as they monitor real physical outputs and not just electrical simulations.

Visual Alarm Devices offer an effective and fast way to alert and evacuate people in the case of emergency. Environmental conditions, ambient light levels and other factors will determine the type and specification of the devices required, therefore it is advisable to carry out a Fire Risk Assessment of the area to be covered before applying any system design. This will maximise the effectiveness of the system, greatly increasing the potential to save lives.

More information can be found about EN54-23 or the Code of Practice 0001 from LPCB. This supplements the guidance given in the UK’s BS5839 Part1 (Code of practice for design, installation, commissioning and maintenance of systems in non-domestic premises).