The wind of change

Fighting fires in remote locations, such as offshore wind farms, has its obvious dangers and so fire detection and prevention, as well as rescue plans for stranded operators need to be second to none. Here, Tony Hanley looks at some of the issues that need addressing. 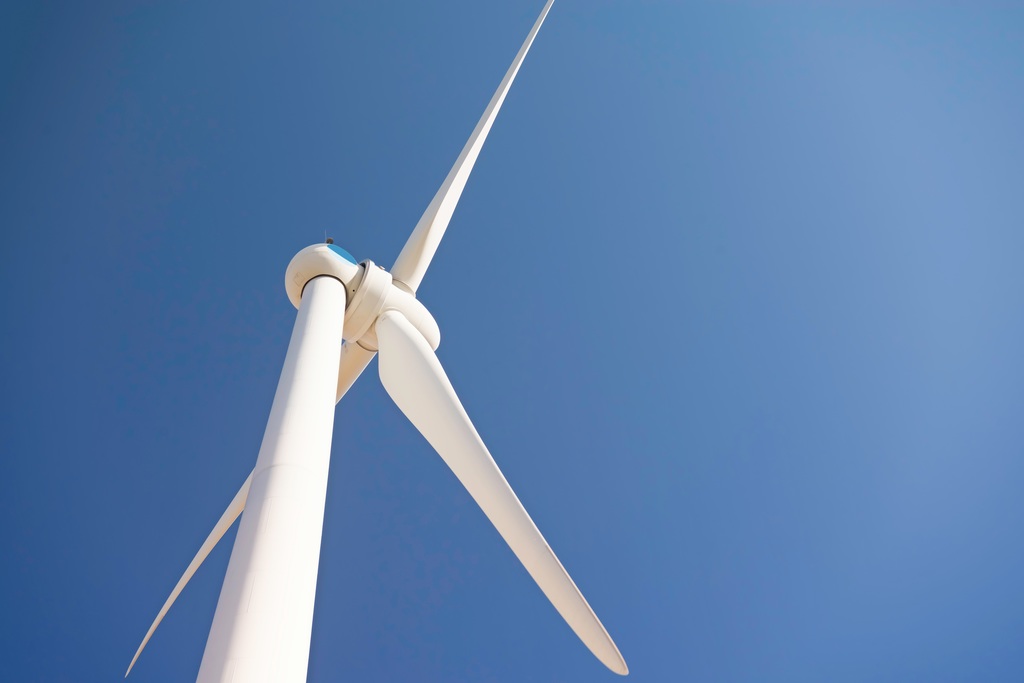 I HAVE recently been researching the wind turbine business, in particular the general philosophy and approach to fire safety engineering. I have been staggered with the information the public domain had to offer, more to the point, what was not there. The more I looked, the more intrigued I became.

My first open admission is that as the MD of FirePro UK, (I will cover this later), the research had a commercial incentive, but it was first important to me to gain a better understanding into fire strategy and principles for life safety, in particular, the design of fire detection & suppression systems.

My second admission is that I have penned this article as a fire engineering professional first, my political, personal beliefs do not in any way, form bias either for or against wind farms, if anything, like most people, I am all in favour of initiatives for developing clean sustainable technology to deliver renewable energy for our planet, to serve the community, safely.

As I delved in, my thoughts turned to just simple fire safety in principle, specifically for operatives that consider the wind turbines as their workplace, also from a fire fighters perspective, as to the measures that are considered as safe when tackling land-based wind turbine fires, and, how rescue is conducted when personnel are stranded for whatever reason, and finally, what happens when turbines are simply inaccessible, or at sea, are they are just left to burn? And how are materials assessed to minimise fire spread and environmental impact?

The quest revealed what appears to be some fairly fundamental fire safety issues. At this point, I don’t think that me claiming that our product (FirePro) is better suited than everything else available on the market, and justifying why, is the right way forward, so I thought I would share a summary of what I found and ask key some questions for the fire professionals in this industry, also to ask for comment or feedback from the fire world in general for their opinions, as I do not profess to be a wind turbine expert, and apologise now if my phraseology is incorrect.

I wanted to learn where wind power originated, and according to the U.S. Energy Information Administration website (www.eia.gov/energyexplained) “People used wind energy to propel boats along the Nile River as early as 5,000 BC. By 200 BC, simple wind-powered water pumps were used in China, and windmills with woven-reed blades were grinding grain in Persia and the Middle East.”

While in the 70s, personally, I was glued to Top of the Pops, I was too young to appreciate the severity of the global crisis for the supply of oil was happening. This became the driver for initiatives to develop renewable energy, and hey presto, the wind turbine business started. Today, according to the Renewable UK website (www.renewableuk.com/page/UKWEDhome) we have “7,909 onshore wind turbines, with 2,062 operational projects, generating 13,060,900 MW of power”.

As I trawled deeper, I happened across a very interesting video, courtesy of broadcast media, (www.youtube.com/watch?v=vfUhBKZR4sU). The video tells the story of a day in the life of a wind turbine engineer, Stephen Fisher. It’s extremely informative and provides footage of how the turbines are accessed at sea, and the routine maintenance works that are required to take place.

In the video, Stephen explains that the London Array is a 175 turbine 630 MW Round 2 offshore wind farm located 20 km off the Kent coast in the outer Thames Estuary, UK. He describes it as the largest on Earth. This video was made in 2014. He we are in 2019, and Wikipedia lists this windfarm as the 2nd largest to the Walney Extension which boasts 659 turbines, 29 more than London Array. Clear evidence the industry is growing at a pace as UK is listed here with 6 farms in the top 10, more than China.

Once inside the turbine housing, Stephen describes his routine maintenance tasks as “put some fresh oil in certain places, you have to crawl underneath in some very tight spaces, or even climb inside one of the blades to change the grease inside”.

There can be no doubt that Stephen's employer will provide first class training to undertake this work, at the highest possible safety levels, and Stephen himself will hold his own safety and that of his work colleagues in the very highest regard, but wait a minute, “working in tight spaces”, “changing grease inside turbine blades”, this to me sounds no different to Dickensian times when children were stuck up chimneys to clean them? Maybe I have this wrong, but what happens when someone is “in a very tight space, or inside a blade changing grease, when a fire breaks out?

Visit the YouTube search bar and type in “wind turbine fire” its abundantly obvious that wind turbines do suffer fires, sometimes, quite spectacular ones, and sometimes, very sadly, with fatalities. Only recently, falling debris from a wind turbine fire in the USA caused a wildfire affecting 242 acres (www.keprtv.com/news/local/witnesses-say-broken-wind-turbine-caused-several-hundred-acre-fire). Which brings me back to my original quest, where and how are the fires starting and how is this risk eliminated (not reduced) for the safety of the people working in them?

I believe that modern turbine chassis are made from glass reinforced plastic, an extremely lightweight material, but looking at the various videos, it’s clear that the material is flammable, and will accelerate a fire? Surely the materials should reduce fire loading where possible and if they cannot, what forms of early warning exist?

In terms of automatic fire detection technology, I personally question whether traditional point fire detection will provide THE very earliest possible warning of fire, especially when Stephen has crawled inside a blade to re-grease it? In most life critical FD&A applications, I have always advocated use of aspirating fire detection technology, purely to detect and warn at THE very earliest opportunity, which could ultimately buy critical seconds for Stephen and his fellow operatives to get off the turbine, so I need to ask the industry, how is use of AFD technology determined at design stage?

Looking at the switch and control gear inside the turbine, I am pretty sure that the control equipment is being manufactured to exacting standards, with numerous safety cut out and fail-safe engineering devices, which is re-assuring but still doesn’t answer the question as to why they catch fire?

I thought at this time, I could now extoll the virtues, and numerous advantages that FirePro offers as a condensed aerosol fire suppression technology, for this application, but no, I will leave it there, as quite simply, there are too many questions that need to be answered first.

So, probing deeper still, I would ask has the wind turbine industry become so competitive, that the age-old term “value engineering” has crept in, and brought pressure to reduce material costs, increase speed of production and installation and finally, operate so resiliently that maintenance schedules are slimmed down to the absolute bare minimum?

I began to pick up the inclination that in similarity to commercial premises fire engineering, that at desktop design stage, the end product fitness for purpose is backed by extensive studies that comprehensively cover all aspects of design including fire load, type & speed of fire, mitigated by engineering and materials that deliver a theoretical presumption that a fire incident will not occur?

In my experience, for commercial industrial premises fire engineering, once a premises is completed and handed over to an operator or end user, an alternate opinion based on experience, opinion and of course, risk assessment, may well then either enhance (or dilute) operational fire safety management practices? So why do these fires occur? Is product design / failure flaws or could reported fires have been avoided by management practices alone? Is it a mix of both?

I looked once again to the web for answers, but all I could find was a report produced by “G9 offshore wind health and safety association”. This is an incident data report for 2015. It comprehensively summarised numerous types of reported safety incidents, but doesn’t mention fire? So is this data simply kept hidden under the auspices of commercial sensitivity?

The trail led me onto www.caithnesswindfarms.co.uk. This website is managed by a lady called Brenda Herrick, who is a member of the world council for nature, and she has tirelessly maintained this website from an environmental perspective and gives access to every wind turbine incident reported in the general media, globally. Brenda kindly granted permission to quote data from website, and whether you agree with Brenda’s principles or not, 19 wind turbine fire incidents are reported in the general media this year.

From my part, 19 fire incidents in 19 too many, however, these fire incidents did not occur here in the UK (or Ireland), so, my next question is why isn’t the wind turbine industry sharing this excellent news?

The AREPA Group, (www.arepa.com) a technical service organisation specialises in the assessment and restoration of damaged technical equipment. They suggest that 184 wind turbine components were damaged by fire since 2002.

Is it a case that a significant number of turbine fires go unreported, possibly due to remote location or emergency services are not always called upon to attend, hence the fires are not included in official fire incident statistics? I think for the sake of Stephen, his family, and all of the industry operatives, and their families, surely a more open approach to answering the questions raised would be a positive step ?

As I mentioned earlier, I would welcome opinions from those directly involved to educate the readership and of course, myself included.