THE ALL-new, patent-pending X Alert from the FMC Manufacturing Company (FMC Fire & Safety) has been specifically designed to protect fire extinguishers from misuse. The product will audibly and visually alert to the fact that an extinguisher is being tampered with, thereby deterring thieves and warning those that try to move the extinguisher from attempting to do so. 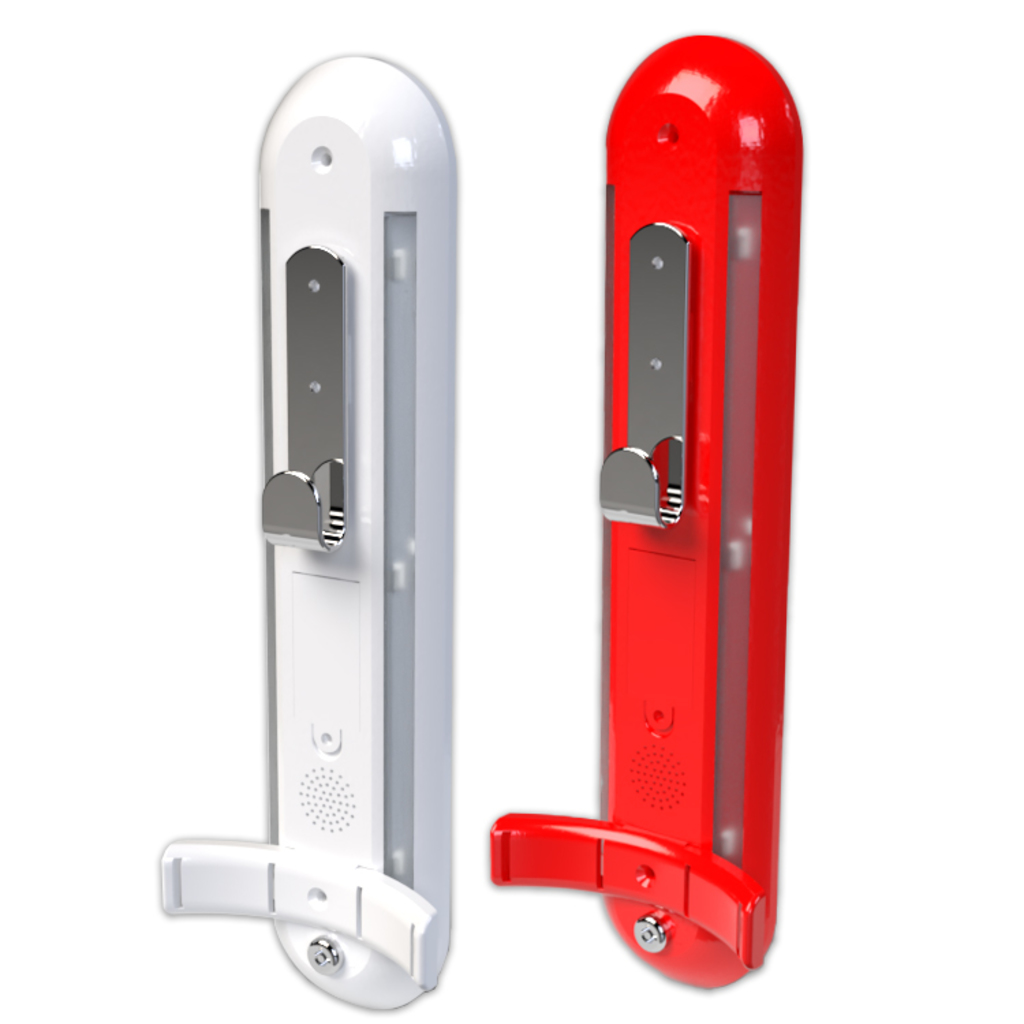 Vandalism or misuse of valuable fire extinguishers has always been a problem in hotels, shops and offices, for example. Fire extinguishers are also frequently used to prop open fire doors. This bad practice is not only dangerous, but could also result in a hefty fine for the host organisation.

The X Alert’s design means that the solution operates without the need for external tethering trigger cables. The 100 dB siren enjoys the additional benefit of 12 bright flashing SMDs. It also features a combination of alarm and bracket mounting which means that there’s only one product to wall mount. The X Alert’s design also spreads the weight of the fire extinguisher evenly such that hollow walls are no longer a problem.

Traditionally, fire extinguisher stands are suppled in three fixed formats: single, double and treble. This means that fire extinguisher service engineers will need to carry a stock of all three formats on their vehicles in order to satisfy any eventuality that they may meet while out on site. This in itself has caused numerous issues for service companies over the years.

Fixed format fire extinguisher stands are bulky to transport around in a small service vehicle which often means only a limited stock can be carried at any one time. It can present an immediate problem if, for example, a double stand is required in order to make the fire point fully compliant, but the engineer only has singles on the service van or vice versa.

When an engineer doesn’t have the correct fire point stand in the van, it will almost certainly mean that they will have to re-attend the site just to supply the correct stand, which in turn costs more time, fuel and money.

The patent-pending Modulex fire extinguisher stand from the FMC Manufacturing Company (FMC Fire & Safety) offers one common single stand unit that designed to easily clip together to make doubles or trebles without the need for screws or special brackets. It’s flat pack design saves space on service vehicles, providing a neat solution to some of the common problems faced by today’s engineers.