CHUBB FIRE & Security Limited has won the Fire Safety & Security award at the Electrical Review Excellence Awards 2018 for its fire detection system at the Queen’s Hotel in Penzance. 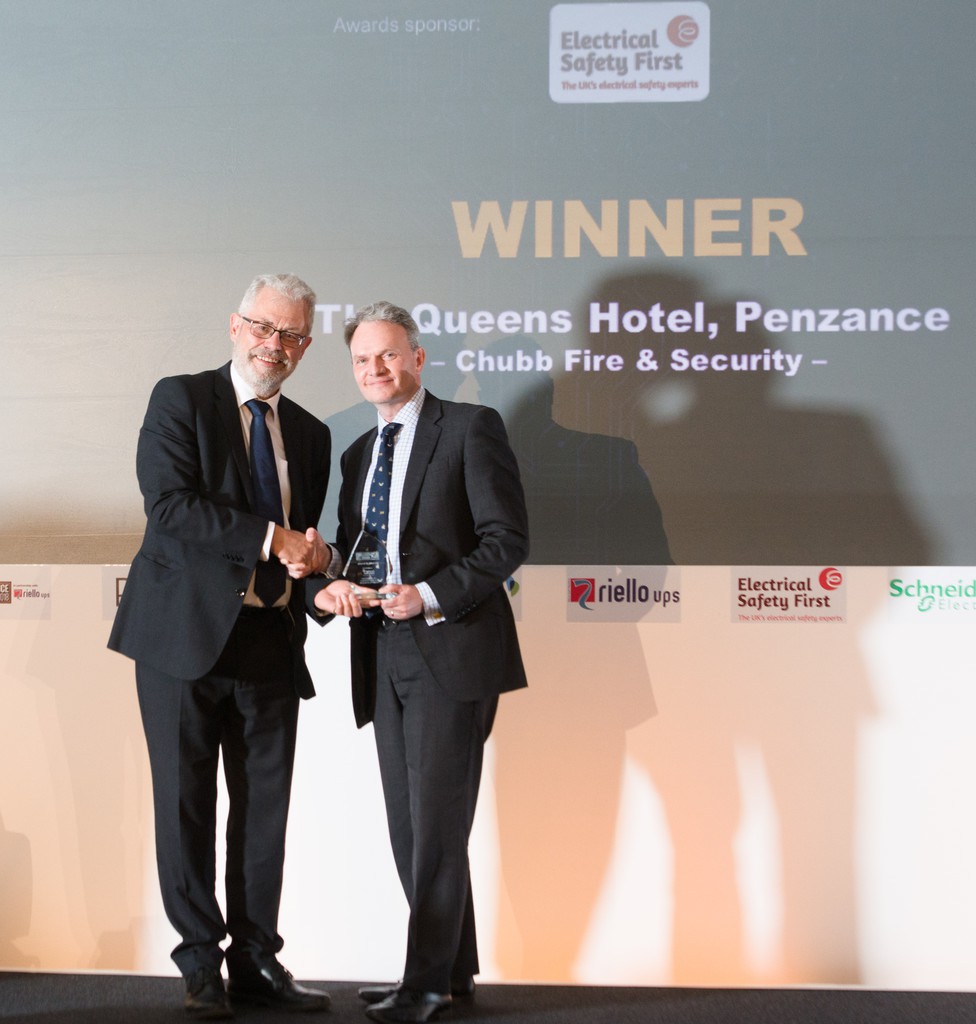 The Awards recognise projects that embrace the latest in electrical engineering and the judges were looking for evidence of how the key objectives were fulfilled.

The Queen’s Hotel turned to Chubb after a series of local fires led them to review their fire safety requirements across the whole estate. Chubb installed more than 400 wireless detectors all networked to the fire detection panel in the hotels’ main reception. It is a fully-zoned, addressable system that gives hotel management immediate visibility on where an alarm has been generated. A wireless system was chosen to minimise the cabling work that would have meant the temporary closure of the hotel. Installation was phased so at no stage was the hotel without fire protection.