Aesthetics, innovation and customer experience come to the fore in the ongoing defence against the growing threat posed by random knife and vehicle attacks, argues David Ashby. 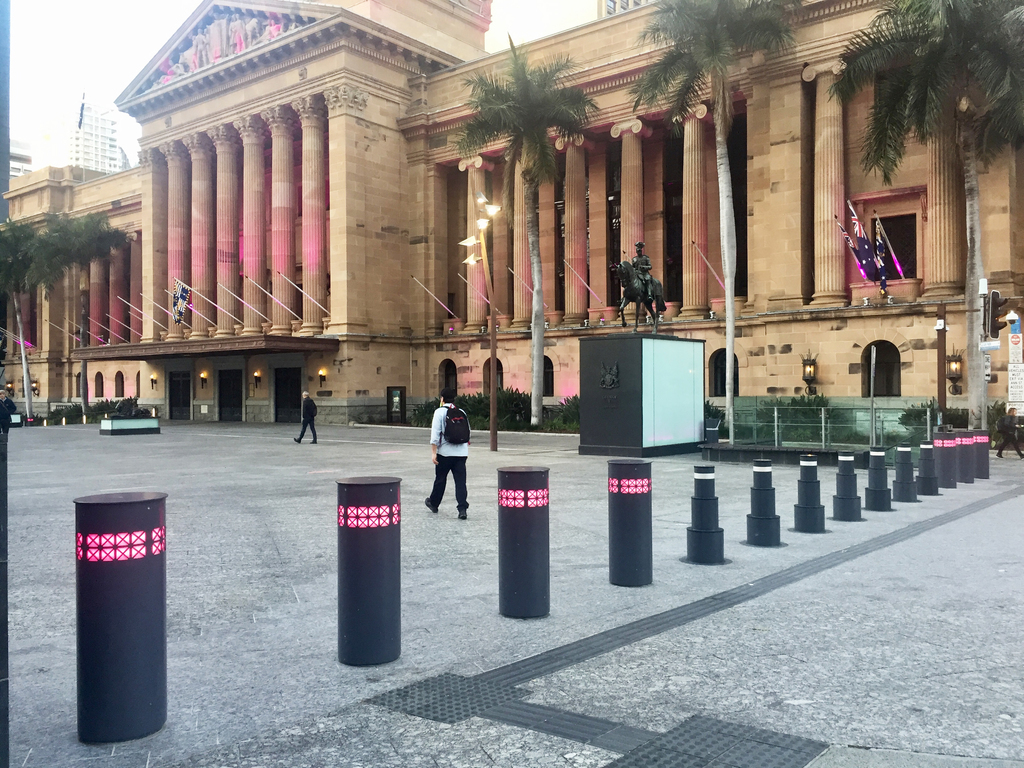 Nowhere, it seems, is safe now from terrorist attack.

Ask anyone who survived Ariana Grande’s infamous concert at the Manchester Arena; or those caught up in Al-Shabaab’s 80-hour siege at Nairobi’s premier shopping centre, Westgate; or survivors of the Eagles of Death Metal gig at the Bataclan concert hall on that fateful November night in Paris; or at the Lindt café hostage crisis in Sydney.

And, sadly, I could have chosen from a list of literally hundreds of terror atrocities in the past decade.

I write this not to scare readers into panic but to clarify the context in which security experts, town planners and architects are having to design and reconfigure the cityscapes of today – and in which the security services are having to respond to threats.

Whether it was the well-established risk of ram raids or the more sinister vehicle as a weapon terror threat, the interest in hostile vehicle mitigation (HVM) solutions for urban spaces has increased dramatically in the past decade.

Christmas markets were a particular focus after attacks on them in Germany and Belgium: indeed, anywhere in the world where ‘ordinary’ people gather – as they were now clearly deemed a legitimate target by terrorists.

So, government, security services and retail and venue operators are all hugely interested in hostile vehicle mitigation (HVM) solutions.

But they are generally quite ugly, out of keeping with their surroundings and provide a brutal reminder of the danger, robbing customers of their peace as they are about their leisure and retail pursuits.

So, aesthetics, innovation and customer experience are driving the latest efforts to protect the public about their daily routines while avoiding turning our civic spaces into fortresses.

In response, we created innovative HVM gates, which were first rolled out as ‘Westminster Lockdown’ gates two years ago as part of a wider ongoing ceremonial streetscape project.

Given the huge historical and cultural significance yet sensitivity of the Westminster location, the gates had to be functional and secure yet harmonise with the environment to fit in and reassure the public – call it an aesthetically pleasing HVM gate rather than a barricade-style solution.

Our brief was to create a simple, low-cost lockdown gate to block a road up to 8m wide and that could blend in beautifully in any architectural environment.  They also wanted the hanging and closing posts to be removable, so the gates could be either permanent or temporary.

The lockdown gate was subjected to multiple IWA14-1 tests (see separate panel) in its development from a simple removable lockdown gate to a permanently-installed aesthetic design to blend into the iconic and historic environment of Westminster.

The technology has since been installed elsewhere at other locations across London, in Solihull and as far afield as Australia.

Increasingly robust barriers like our lockdown gates are being created to comply with the latest international IWA14 impact test standards.

And aesthetics and their harmony with the environment they are set in is of growing importance as urban planners try to avoid creating cityscapes more akin to war zones than modern 21st century urban spaces.

Street furniture that doesn’t obviously appear to be HVM product is therefore desirable, breaking up ‘raceways’ and providing ‘safe areas’ to which the public can flee for sanctuary.

We have installed both fixed and retractable HVM bollards at the Westfield Shopping Centre in west London, King George Square in Brisbane and around the Coca-Cola Arena in Dubai (see separate case study).

Venue operators such as Old Trafford and Wembley are increasingly staging counter-terrorism awareness and preparedness events.

Depressing as this trend is, we have to respond to the developments in the techniques the terrorists are resorting to.

We have to keep civilians as safe as is humanly possible and give our security forces the best tools we can to protect and reassure the public that they are one step ahead of the threat.

The IWA14 standard was developed by the International Organization for Standardization (ISO), sponsored by the UK Government’s CPNI on behalf of the international community and facilitated by BSI Standards Limited.

ISO is a worldwide federation of national standards bodies or ISO member bodies created to introduce greater conformity into global standards and common baselines to classify and compare systems.

It specifies a classification system and a test method for rating the performance of vehicle security barriers (VSBs) or gates subjected to a single horizontal impact by a test vehicle.

It identifies impact test tolerances and vehicle performance criteria which need to be met in order for a product to conform and be granted a classification.

It defines the vehicle type, test mass and impact speed together with the required measurements, vehicle and test item details that should be recorded and reported.

After impact and if the VSB or gate stopped and immobilised the test vehicle, then testers measure the penetration distance from the front of the vehicle cargo load bed to the position of the original rear face of the VSB. They also record the dispersion distance of major debris.

These measurements can be used to choose the most suitable VSB or gate for each location.

The Coca-Cola Arena opened ahead of schedule last summer, the emirate’s latest mega project in the run-up to this year’s World Expo in Dubai.

The multipurpose indoor arena, officially named the Coca-Cola Arena after a ten-year deal with the fizzy drinks giant, can house an audience of 17,000 on four levels spanning half-a-million square feet.

It was built to host sports events, concerts, comedy, live theatre, conferences, galas, and weddings in the heart of a luxury shopping and dining destination.

It is located in City Walk – a leisure, retail and residential destination in the shadow of the Burj Khalifa, the world’s tallest building – which itself is new and was developed by Meraas, a company owned by Dubai ruler Sheikh Mohammed bin Rashid Al Maktoum.

It’s just one of many projects the emirate has completed in the lead-up to this year’s World Expo in Dubai. Dubai predicts that the six-month-long World Fair, which runs from October 2020 to April 2021, will attract 25 million visitors.

A study by Ernst & Young commissioned by the organisers forecast that Expo 2020 will contribute around $6 billion to the United Arab Emirates’ economy during the six-month duration of the fair.

But with the fear of random acts of terror rife in architects’ minds, they have given intimate consideration to the perimeter security around the arena.

In particular, the threat of vehicle borne attacks in cities across the globe has led to an increased use of Hostile Vehicle Mitigation (HVM) measures such as PAS68 and IWA14 bollards, barriers and other blocking equipment.

Indeed, the whole City Walk zone has been planned as a pedestrianised oasis with no parking offered for the Coca-Cola Arena’s regular paying punters, who are being directed to alternative modes of transport than the car.

ESF turned to British manufacturer Eagle Automation, with over 30 years’ experience, as their supply partner for the PAS68 products.

The PAS68 standard ensured products underwent vehicular impact testing and have proven ability as a vehicle security barrier against an assessed threat.  The products are installed in accordance with accompanying PAS69 guidance, supervised by ESF’s team of trained operatives.

The bollards form a highly visible security deterrent all in the same shroud so they all look identical, although different ratings and specifications were used dependent on specific threats and needs.

ESF managing director Alan Lowry said: “A greater focus is being placed on perimeter security across the globe due to the increase of attacks, especially where large crowds gather.

“We have been very fortunate to deliver a number of projects across the UAE in recent years with our street, themed and solar powered products, including IMG Worlds of Adventure, Warner Brothers Park and Global Village. We are hopeful to continue that growth throughout the UAE and Middle East in the years ahead.”