AS PART of the company’s ongoing commitment to its ‘Smarter Protection Matters’ philosophy, Siemens has announced the launch of IP8. This is the latest version of Cerberus PRO, the company’s comprehensive EN54-13 approved fire alarm system. 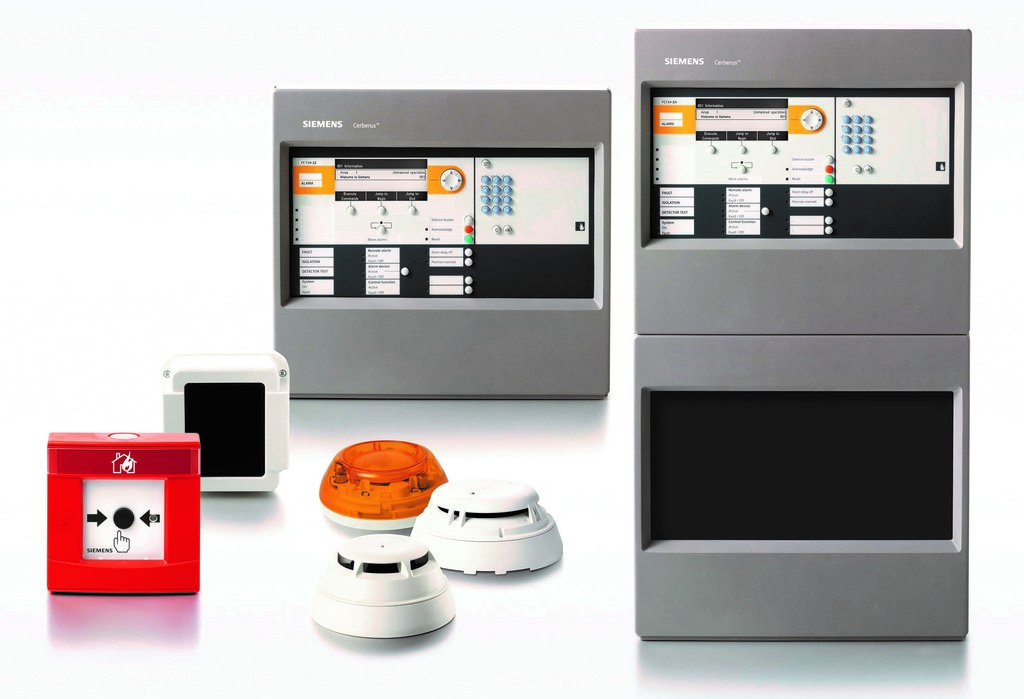 One of the central features of the new IP8 version is the introduction of a 1.5 A per line high power driver which, importantly, allows more devices to be installed on a single loop, thereby increasing flexibility and improving efficiency. Compared to the previous capacity for the number of EN54-23 devices possible, the new IP8 loop cards can accommodate more than double that figure.

While the majority of addressable systems are wired as a loop, some may have spurs. The Cerberus PRO system can also support this (with up to a maximum of 40 spurs per loop, in fact). Members of the Siemens development team responsible for IP8 have worked hard to optimise efficiencies which, despite the increase in power, has resulted in smaller batteries and housings.

Another feature of the Cerberus PRO IP8 system is the disturbance-free function testing capabilities. Through remote services, maintenance can be simplified and business interruption minimised with monitoring procedures and periodic testing of devices undertaken off-site. This is across devices on the system, from detectors and voice messaging through to sounders and beacons.

Silent load testing and activation of the devices, which are unnoticeable to occupants, also help to further reduce any impact on day-to-day operations, and particularly so in busy public and commercial buildings.

Many of the checks can be performed automatically without the need for any human intervention. For example, detectors, sounders and beacons may be configured to conduct disturbance-free function tests every 24 hours, emitting a very low level of sound and light that’s inaudible and invisible to the human senses. If a fault is identified, an event is sent to the control panel which is visible through the Cerberus PRO cloud apps.

This regular testing also ensures that on-site service visits can be planned with more information available in advance, in turn allowing any specific issues to be addressed with the benefit of prior knowledge.

There are benefits to remote services even before regular maintenance checks are required. Through its cloud connectivity capability, Cerberus PRO can actually be configured off-site. Device, zone section and area information can all be programmed from a remote location, as can evacuation and control zones.

The necessary cause (ie detectors, Call Points and pressure switches, etc) and effect (ie vent opening and the closure of dampers, etc) can also be tested and proven remotely, all via a single panel.

Siemens has continued to offer its ‘Guarantee Against False Alarms’ with the Cerberus PRO system. False (or unwanted) alarms continue to be a significant issue in the fire industry, representing a significant drain on Fire and Rescue Service resources and, according to the Fire Industry Association, resulting in an estimated annual cost of over £1 billion here in the UK.

There’s also the loss of public confidence in system performance, which can have a detrimental impact on achieving effective evacuation in the event of a real fire incident occurring.

Unlike other solutions, which often focus on reducing false alarms by replacing smoke detection with heat detection or adding delays to the system, Siemens’ Cerberus PRO ASA detectors use a patented detection chamber design, dual optical sensing technology and Advanced Signal Analysis to optimise response. This virtually eliminates false alarms from the deceptive phenomena (such as dust, steam, aerosols, cooking and exhaust fumes) which regularly cause them. This means that EN54-approved smoke detectors can be installed in many applications in which heat detectors would normally be used.

Cerberus PRO is an open protocol system. This refers to the language used to allow different components (ie detectors, sounders, Call Points and control modules, etc) to communicate with the fire alarm control panel and permit other systems – such as building management systems, CCTV and access control solutions – to be easily integrated.

The benefits of Cerberus PRO and the additional potential afforded by the IP8 innovations mean that it’s already being recognised as an optimum solution for a wide range of applications. In addition to new installations, the capacity that the higher power offers to reduce the number of control panels on a fire alarm system is also expected to realise a significant increase in the use of the Cerberus PRO IP8 panel to upgrade older third party manufacturer installations.